Scientists and climate activists have highlighed and warned against the significant global warming impact of fossil gas and an expansion of related infrastructure. Furthermore, analysts have also repeatedly criticized Europe’s deep dependency from Russia – created particular by Germany with the help of petrochemical giant BASF and it’s daughter Wintershall Dea. Putin’s war in Ukraine is forcing the EU now to profoundly restructure it’s energy landscape and to save gas for the coming winter. But while the public is being told to shower cold and heat less Europe is still feeding a fossil fuels hungry petrochemicals and plastics industry. Andy Gheorghiu outlines the major findings of a new report that reveals the significant dimension of this gluttony and that calls for a profound new diet for this sector. 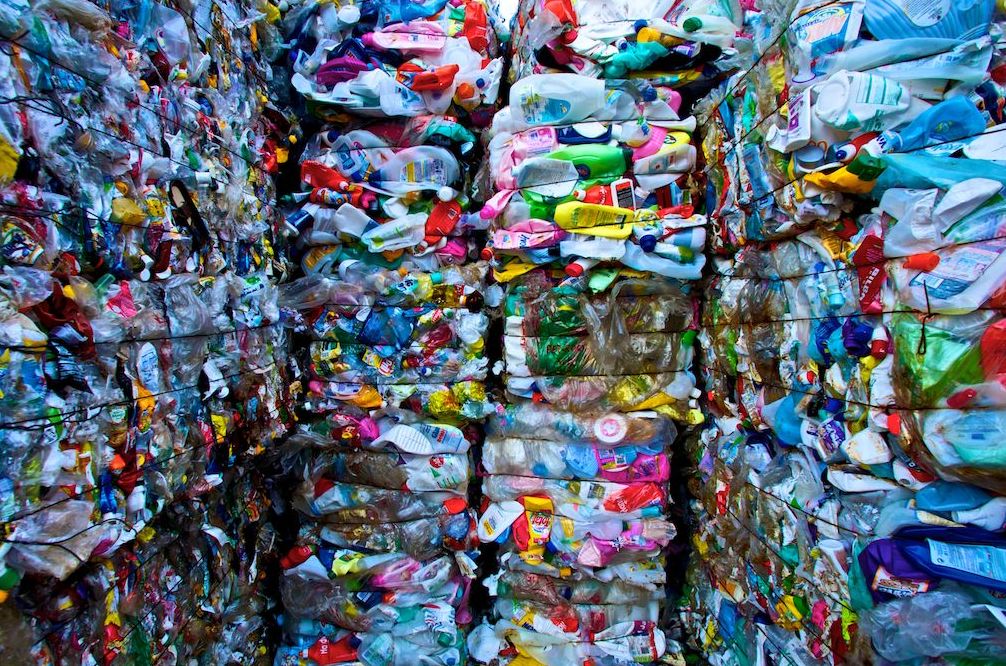 No one who carries political responsibility these days can actually ignore any longer the unfolding dire impacts of global warming or the need to radically transform our energy systems and economies. However, instead of now pushing forward with the much needed energy transition, EU member states support the construction of new LNG terminals for imports of fracked US gas or call for expansion of extraction in Africa. The gas industry makes use of the war in Ukraine and feeds fears of electricity blackouts or freezing households to push for a large amount of climate hostile fossil infrastructure.

In Germany, the government (formed of liberals, socialists and greens) has implemented an LNG accelaration bill that defines the fossil fuel as being of overriding public interest – while partially skipping environmental impact assessments as well as public participation and rights of action against the projects. The given main reason for these radical measures that might have dire impacts on any future environmental and climate protection work in the future is the need for the securement of the livelihood for the general public. However, a freedom of information request – filled by the German Exit Plastik alliance earlier this year – revealed that the government doesn’t know how much oil and gas the petrochemical industry what for exactly consumes.

Given the fact that proposed LNG terminals at three main locations will become an integral part of existing petrochemical clusters this „knowledge gap“ got climate and plastic activists very curious. The question is: Who will actually benefit from this dash for new gas infrastructure and is its purpose really to serve households? 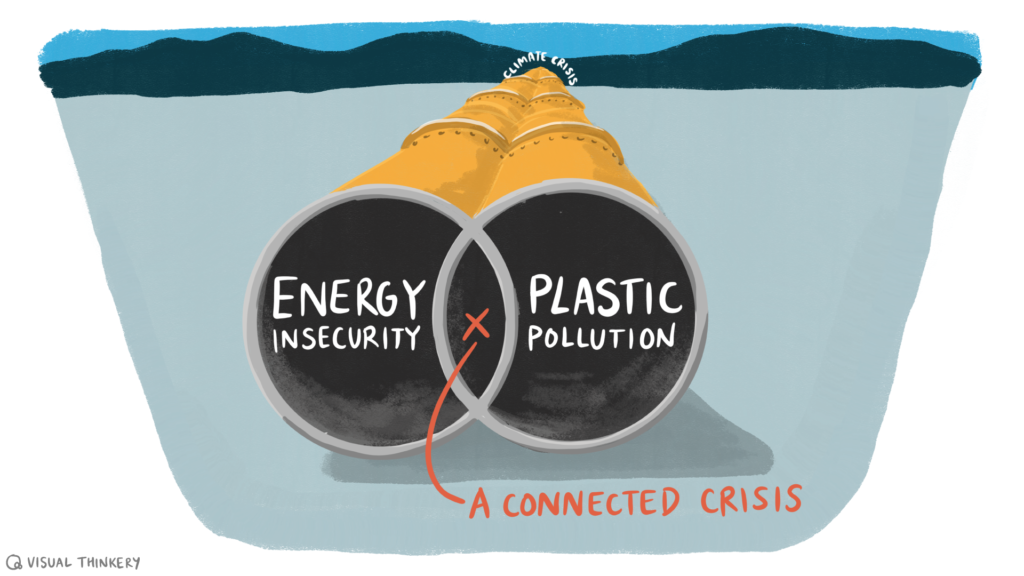 Against this background and the committment of EU member states to reduce gas consumption by at least 15% by 31 March 2023, Break Free From Plastic and the Centre for International Law (CIEL) worked on the recently published „Winter is coming – plastic must go“ report. It’s revelation and major findings are significant and must receive the attention of EU’s political decision makers: 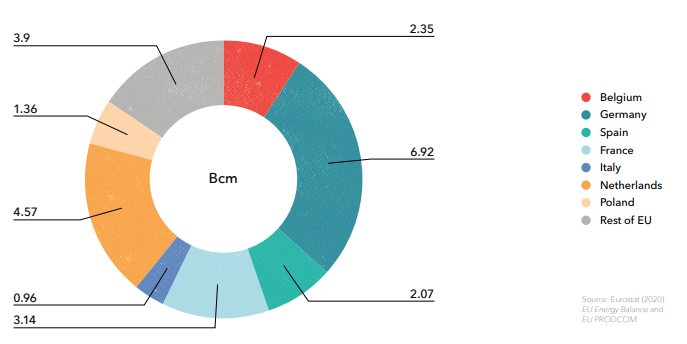 Translated in absolute numbers, the amount of fossil gas going into plastic production corresponds to 25 bcm in 2020. Germany alone consumes approximately 7 billion cubic meters (bcm) for its plastic production, followed by the Netherlands with 4.5 bcm (Figure 2).

Faced with multiple existential crises, the EU and its member states must act bold and swiftly. However, a prolonged fossil fuelled business-as-usual is no longer an option. Reduction of plastic production and consumption is an quite easy way to tackle the multiple crises we’re confronted with: plastic, energy, climate!

The authors of the report recommend politicians doing the following:

People are being told to save energy, shower cold and heat less while at the same time we’re still feeding the European petrochemicals and plastics industry with enormous amounts of oil and gas for a lot of toxic and non-essential products.

Winter is coming which means now is the time to end wasting precious energy for plastics while also reducing our dependency from Russia at the same time. This is actually not an option- it’s a must!