Nuclear energy is not sustainable, safe, or cost-effective. Only by investing in full-fledged clean energy can France and other countries meet climate goals on tight schedules – a key asset given the urgency of the climate crisis. Paul Hockenos explains. 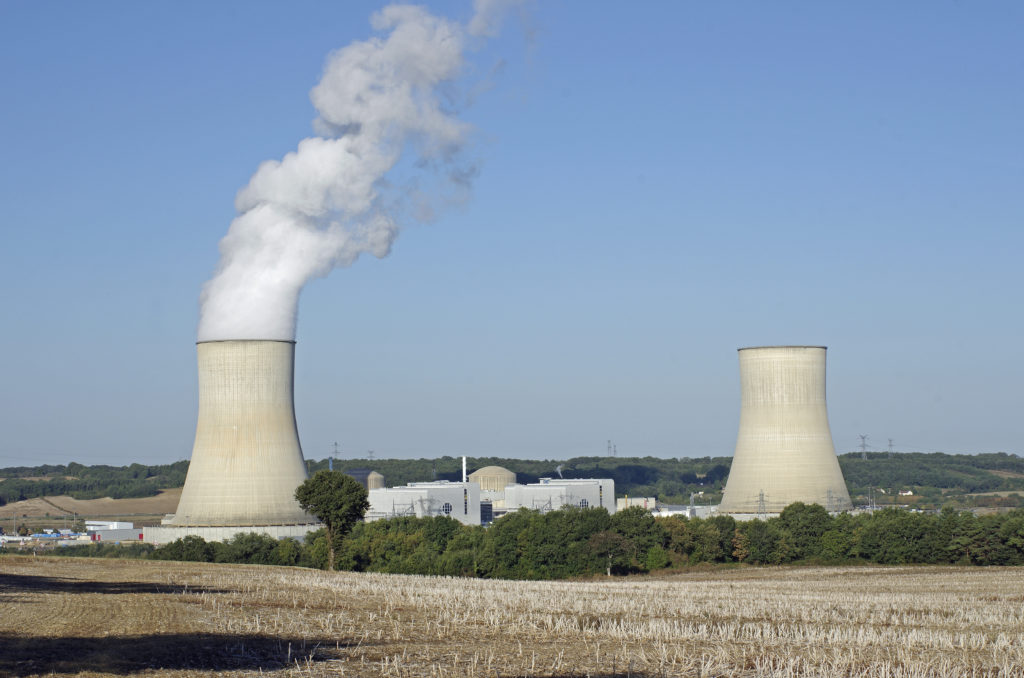 France’s current nuclear power fiasco – half of its 56 reactors are not operational due to corrosion problems, extended maintenance schedules, and cooling issues – should deliver a powerful warning to the country itself, and the rest of the world, that nuclear power is not the reliable 24/7 energy source that it claims to be. But France, second only to the U.S. in reactor fleet size, plans to construct as many as 14 new-generation reactors and a new fleet of smaller nuclear plants, supposedly to bolster its climate protection strategy.

France’s bet on nuclear energy, however, is an egregious miscalculation that will severely inhibit its decarbonization efforts – and not enable western Europe to gain any traction against Russia. At a critical juncture in the battle against global warming, diverting any finance at all and losing time with nuclear power, which has been in decline worldwide for decades, will only set back the country’s climate efforts, perhaps dooming its chances to go carbon neutral by 2050.

Indeed, this Hail Mary pass, taken out of desperation as France has fallen woefully behind on its climate targets, will most probably come to naught anyway as the era of nuclear power will wane further no matter France’s declarations. The simple explanation: Fully-fledged renewables are faster, cheaper, and lower risk than nuclear power.

Despite the flurry of media hype around new nuclear energy and nuclear as a replacement energy source to imports from Russia, in recent years the arguments against nuclear power have grown demonstrably stronger.

Critics’ original concern with nuclear power, namely its safety, remains levelheaded and paramount. The two most catastrophic meltdowns, namely in 1986 at the Chernobyl nuclear power plant and the Fukushima site in Japan, in 2011, are well known, and had horrific repercussions that haunt those regions to today. But these mega disasters are only the blockbusters. According to the International Atomic Energy Agency, there have been 33 serious incidents at nuclear power stations worldwide since 1952 – two in France, and six of them in the U.S. Currently, a fifth of France’s geriatric nuclear generation is shut down because of safety issues – the older reactors get, the higher the risk of an accident – exacerbating an acute energy crunch there. So much for the 24/7 reliability of nuclear power.

And then there’s the now 80-year-old conundrum of how and where to dispose of the radioactive waste.

But these days there are other arguments against nuclear energy that are arguably even more averse to a nuclear revival than the issues of safety and nuclear waste.

Nuclear power plants have actually pulled off one of the most remarkable feats of recent technological history: where virtually all other technologies have gotten cheaper over time as they have developed and matured, nuclear power has actually become more expensive. Indeed, it has grown dauntingly costly in comparison to renewables: at least four times as costly as utility-scale solar and onshore wind power. While the cost of solar and wind energy generation, as well as battery storage, plummets by the year – in 2020 alone onshore wind costs declined by 13 percent, and those of utility-scale solar photovoltaics by 7 percent – the bill for new nuclear sites climbs upward.

The price of nuclear generation today is inordinate: a rip-off in terms of value, to put it bluntly. Indeed, while safety concerns drive up the cost of nuclear plant insurance, the price of renewables is predicted to sink further, by as much as 50 percent or more by 2030. This price trend is one reason why in 2020 total investment in new renewable electricity surpassed US$300 billion, 17 times global investment in nuclear power, according to the World Nuclear Industry Status Report. No nuclear reactors anywhere are built without enormous government support and France will be no different: the bill for the French taxpayers will be tens of billions of euros, according to the New York Times.

This yawning price differential means that renewables generate many more times the electricity per dollar invested than does nuclear, and thus decreases emissions by a greater factor, too.

The single greatest barrier to the so-called renaissance of nuclear is nuclear power itself, and its inability to deliver affordable power on time, and on budget. If Europe’s current headline nuclear projects are a measure – marred for decades now by massive cost overruns and protracted delays – France’s hopes to have its first new reactor up and running by 2035 are illusory.

In Flamanville in northwest France, the French energy firm EDF is struggling to finish a reactor in that is a full decade behind schedule and now roughly four times above cost projections. EDF the chief operator of French nuclear power plants, will continue to cost the French taxpayers money. In order to bail out the firm, which is facing a financial ruin, the French government recently proposed to save the company by fully nationalising (the French state already owns 84% of EDF’s shares.) The price tag is  up to €10 billion.

The Olkiluoto-3 reactors in Finland, also many times over budget, have been delayed again and again since the early 2000s.

Indeed, not one reactor conceived since 2000 in EU Europe has generated even a kilowatt of energy. The Olkiluoto-3 plant may begin commercial activities this year. As for the new, smaller, presumably cheaper, nuclear reactors envisioned by Bill Gates among others, not one is in operation anywhere in the world.

The fact is that nuclear power is simply too cumbersome to really play a meaningful role in tackling climate change, in France or elsewhere. We don’t have that kind of time. Indeed, there is no way that countries can meet their 2030 decarbonization goals agreed upon in the Paris Agreement by embarking now on nuclear power programs.

And more nuclear is no answer at all to the present, ever more dire energy crisis: “The energy shortfall has left France in the awkward position this winter of leaning more heavily on its coal-fired power stations, tapping coal-generated electricity from Germany and relying on natural gas imports as prices spike amid the conflict between Russia and Ukraine,” reported the New York Times.

Indeed, as a winter without natural gas from Russia looms, France’s bet on nuclear power looks all the more foolish