Until we find a resting place for radioactive waste, the last thing we need is more of it. Paul Hockenos has the details. 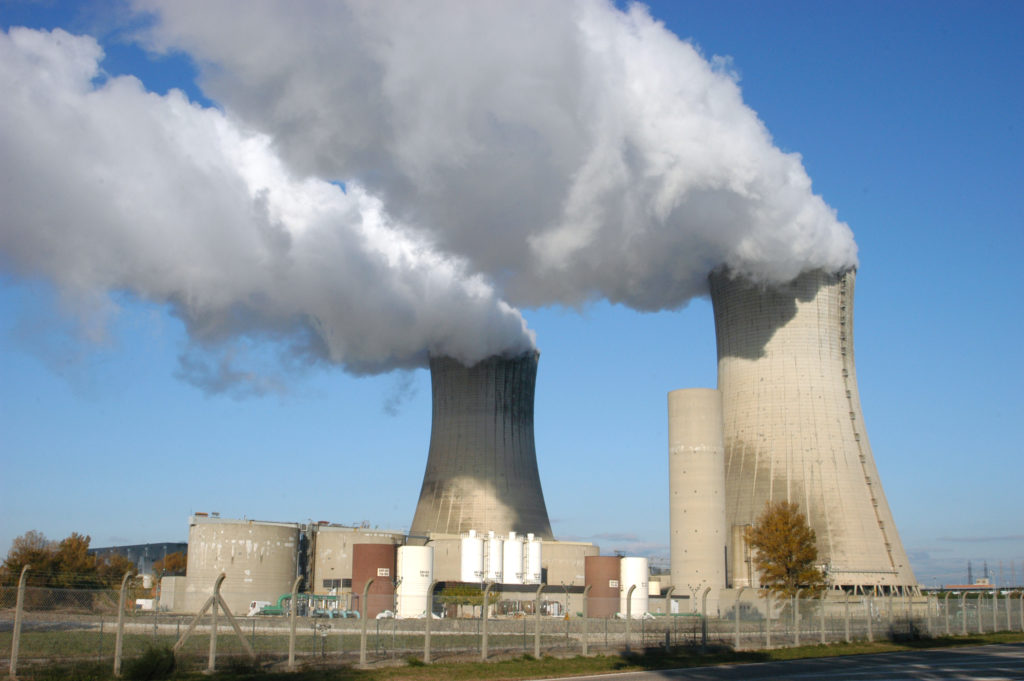 Propositions abound: from catapulting it into space, ditching it between tectonic plates, to burying it deep underground on remote islands. But try as they have for 80 years, scientists can’t find a safe, long-term, cost-effective way to dispose of nuclear waste.

Even as new countries line up to start nuclear programs – on the face of it, a low-carbon energy source that could cut emissions – every nation in the world with nuclear power struggles with the same dilemma: Where to store the burgeoning tons of highly radioactive spent fuel?

Thus far, the determined hunt for a secure nuclear graveyard has issued unsatisfactory fixes  – and there’s no light at the end of the tunnel. While the search goes on, ever more of the highly toxic refuse – a lethal by-product of the plutonium and uranium used in nuclear energy and weaponry production – piles up on top of the 250,000 tons of fission residue that languishes in stockpiles worldwide. Experts say that could jump by 1.1 million tons in a century.

With much bravado, Germany is shutting down its last nuclear power plant at the end of this year. France, on the other hand, just announced a massive buildout of its already prodigious nuclear fleet. The US and China are betting on nuclear to help hit their climate goals.

Like most nations with nuclear power, they store the toxic spent fuel in steel cannisters at temporary locations, usually at nuclear plant facilities and military stations – often incurring the wrath of local residents who want nothing to do with the hazardous material that remains radioactive for a million years.

Indeed, proponents and opponents of nuclear power agree these interim solutions are untenable: we can’t just dump this toxic mess on subsequent generations, and then they on others. Moreover, the plutonium and uranium, though no longer usable for energy production, remain radioactive and thus pose security and proliferation risks.

At the moment, deep geological disposal is considered the best of the options under discussion. But the Nordics’ claim to have finally cracked this problem from hell is riddled with uncertainties.

This summer, on a tiny, sparsely populated island in the Baltic Sea, the first of hundreds of tightly sealed volcanic-clay-and-copper-clad drums of spent nuclear fuel will be lowered into a 500-meter deep granite vault and, eventually, cemented shut – not for a million but, presumably, for about 100,000 years.

Yet this geological tomb is only another, ultimately temporary, fix. As nuclear waste expert Andrew Blowers, author of The Legacy of Nuclear Power and a former member of the UK’s  Committee on Radioactive Waste Management, says, “Currently no options have been able to demonstrate that waste will remain isolated from the environment over the tens to hundreds of thousands of years.”

Copper and cement will corrode and decay, while nuclear waste remains radioactive and highly toxic for millennia. Some experts though say the risk of leaks, and water contamination, is higher than Finnish authorities acknowledge.

Moreover, earthquakes or other dramatic shifts in geological conditions could set the poisonous elements free. And then there’s the cost: the Finns will spend €3.5 billion on the facility, which will in the course of the next 100 years house 6,500  tons – of their own –  spent fuel.

Other countries, such as the US, Britain, and Sweden say they will also, one day, bury their nuclear refuse in similar vaults, but even where the unique geological conditions exist, the same obstacle always arises: opposition from locals. Nobody but nobody wants radioactive waste anywhere near their families.

This is why another option, tectonic burial, looks appealing – until one looks more closely. The idea is to send nuclear waste plummeting into the earth’s core, basically hitching a ride on geological plate that is in the process of diving beneath an adjacent plate. The further the downward plate submerges beneath the earth’s skin, the further away the nuclear waste is carried from our natural world.

But serious geologists pour scorn on the notion: the movement of tectonic plates is much too slow, the volume of nuclear refuse too great, and then there’s the threat of subterranean volcanos or quakes that could send the mess spewing back into the ocean.

Hurdling nuclear waste in the other direction, namely into space, is also a nonstarter.  There is the risk of rocket failure, the issue of space debris, and the wildly prohibitive cost.

The exorbitant cost of the ongoing search – and then of the “solution” itself – illustrate why we don’t want ever more of this debris that must find a final repository. Thus far, the US has spent $13 billion of taxpayer money in its unsuccessful effort to rid the country of its 90,000 tons of radioactive waste.

In Finland, at least, the nuclear industry picks up the bill. At the Finns’ rate, disposing of all of the world’s current nuclear waste would total €135 billion and another €6 billion a year for the estimated 10,500 more metric tons produced annually.

We can’t just cut and run

“It’s the uncertainty that worries us,” Peter Roche, a policy adviser for Nuclear Free Local Authorities, told WIRED. “Can you ever really know how a certain material will behave in a certain location in 100,000 years time? If you put it down a deep hole and it starts to leak then you have left future generations with something they can’t do anything about.”

The only way to relieve the burden that we’ve already piled high on is to stop generating yet more nuclear waste. Genuinely renewable energy is cheaper, safer, faster, and cleaner.  Nuclear power is the opposite of a quick fix.