Europe wonders how quickly and safely it can end its dependency on Russian gas. Liquified Natural Gas (LNG) is being promoted as a solution. The new report “LNG: The liquid path to climate chaos” raises a number of reasons to be sceptical about LNG as a choice for Europe. Eilidh Robb and Frida Kieninger have the details. 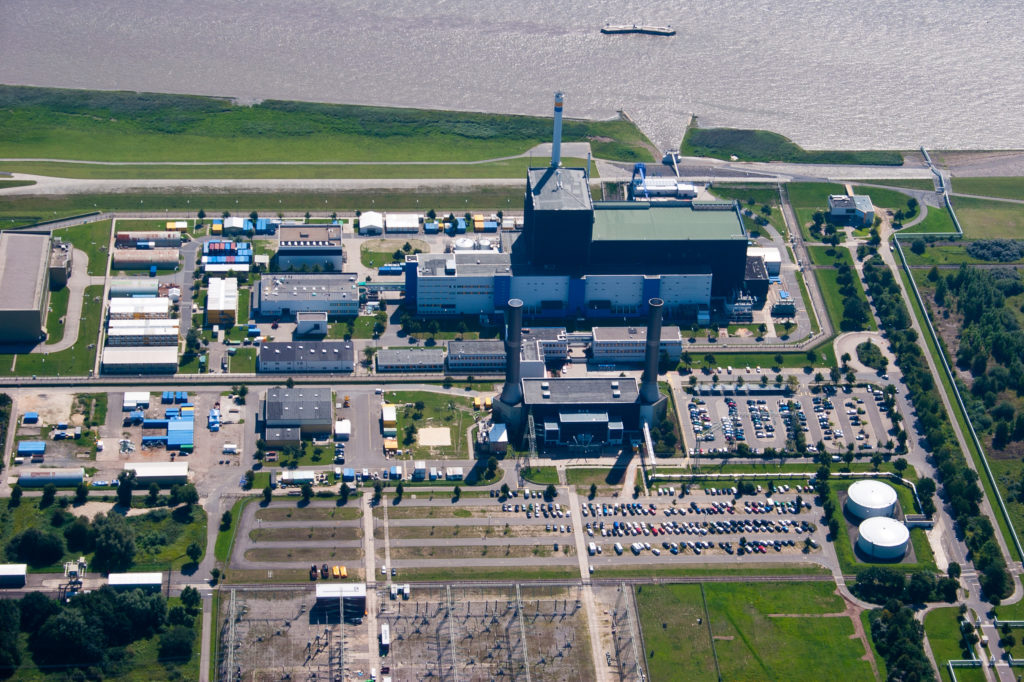 The call for new LNG-projects, as in Germany’s Brunsbüttel, has not stopped yet. (Photo by Louis-F. Stahl, CC BY-SA 3.0)

Getting Europe swiftly off its energy dependency from Russia is a necessary and urgent move. Yet, we cannot afford to replace one fossil fuel dependency with another, and kick the can further down the road when it comes to addressing climate change and building an energy system that works for Europeans, not for fossil fuel corporations.

Diversifying Europe’s gas supply away from Russia has been high on the EU agenda for more than a decade, but despite billions invested into fossil fuel infrastructure with this aim, the share of Russian gas in the EU’s gas mix has actually increased. LNG import terminals take years to become operational, while export terminals, e.g. in the U.S. will take three to five years to go online after the final investment decision. The rush for LNG risks not only a lock-in to new LNG infrastructure but a costly build-out of LNG export and fossil gas infrastructure. It will also generate stranded assets in the future as the overall demand for fossil gas must decline if we are to stand a chance of meeting the goals of the Paris Agreement and the European Green Deal.

Unfortunately, the urgency of climate change hasn’t stopped calls for new LNG projects in Germany like Brunsbüttel LNG, Wilhelmshaven LNG and many further plans, in Italy, Poland the Netherlands and other EU countries. With long-term contracts being pitched to suppliers to make these deals more attractive and to ensure that there will actually be LNG available for the flurry of new terminals proposed, Europe risks creating long-term lock-ins for a duration of 10 or even 20 to 25 years. With important decisions impacting the next decades in front of our eyes, this is the moment for Europe to tackle Europe’s fossil fuel addiction as the root cause of the problem, while we still have time.

LNG has always been a bad idea

With the latest IPCC report demanding rapid global emissions reductions in this decade to avoid exacerbated climate change, LNG represents a direct contradiction to this call. Gas emits carbon dioxide when burned, and consists of methane, a particularly potent greenhouse gas, 86 times more damaging than carbon dioxide over a timescale of 20 years. Due to the complex supply chain of LNG, it is more susceptible to lead to methane emissions, making LNG especially climate damaging.

EU and U.S. leaders revealed a commitment to increase U.S. LNG exports to Europe by a staggering 50 billion cubic metres annually in the coming years. However, a large majority of U.S. LNG is extracted via hydraulic fracturing, one of the most environmentally (and climate) damaging methods of gas extraction. Fracking is responsible for contaminating water, polluting the air, threatening public health, causing earthquakes and harming local economies. On top of that, LNG itself is exceptionally dangerous: “LNG facilities create acute security, public safety, and climate threats” and a history of serious accidents follows it around the world.

LNG has fuelled violence before. Foreign financing of gas, and gas export infrastructure, has been responsible for endorsing corrupt governments and abhorrent working conditions in other countries for decades. Qatar, one of Europe’s largest LNG suppliers, has a track record of human rights abuses and a worrying lack of transparency on the impacts of its large-scale gas extraction. In Mozambique there was a surge in violent attacks on communities in the region mapped out for LNG infrastructure, and extremist armed groups became prevalent – many communities believe the gas industry to be responsible. Additionally, fracking in the U.S. has disproportionately impacted lower income communities as well as communities of colour and indigenous groups for years, revealing the long-standing injustices of fossil fuel extraction.

The EU wholesale price of fossil gas increased on average by over 400% from 2019 to 2021 with the cost of electricity rising by 200%. This price spike meant staggering bills for energy consumers across the continent. The poorest in Europe feel this volatile pricing the most as their energy bills tend to make up the largest proportion of their monthly outgoings. New LNG risks keeping those impacted by energy poverty locked to fossil gas boilers and stoves, and thus vulnerable to high gas prices in the future.

However, not everyone in Europe is struggling, some are profiting. High prices resulted in major profits for the fossil fuel industry. Between July and September 2021, as gas prices started to rise, the top 20 gas producers in the world took in profits of $65 billion. Profits that will only increase if governments prescribe more gas infrastructure as the alleged solution to current energy challenges.

A European Union aggressively decreasing fossil gas use would be in a much better position to become energy independent through clean, affordable, and fair solutions – while also helping mitigate climate change.

New research suggests that we can get off Russian gas by 2025 without any new infrastructure. With more political will to find the money needed to fund the transition, we could deliver on the European Green Deal targets even faster than planned. By putting investments into renewables like solar and wind, going all in for direct electrification and renewable heat through heat pumps, combined with renovations and energy efficiency measures, Europe can deliver energy independence. A just transition is possible. It requires bold science-led  government action and an engaged and energised civil society. The pathway exists, and the resources and capital are there.

Eilidh Robb is an anti-fossil fuels campaigner at Friends of the Earth Europe. They work to speed up the phase out of fossil fuels, in particular gas by 2030, in order to deliver a just transition to fair, clean and affordable renewable solutions. They challenge corporate power, vested interests and false solutions, and promote people-powered alternatives to help secure a better future for all.

Frida Kieninger is a Brussels based Food & WaterActionEuropeDirector of EU Affairspromoting aphase-out of fossil gas and a ban on fracking in Europe. Working together with local European groups and US based researchers, sheis active in opposing fossil gas infrastructure and false solutions such as fossil-based hydrogen and CCS. Frida’s work aims at connecting local and grassroots campaigners with EU-level processes with the aim to foster a transition to a just, 100% renewable energy future.