Low-carbon technology has a Russia problem, too. And it’s going to get bigger. Higher prices, supply chain disruptions, and the war in Ukraine has Europe’s clean tech branch scrambling for non-Russian suppliers of key raw materials, such as nickel, palladium, lithium, platinum, cobalt, and neon-gas, as well as aluminium and copper. Some countries, such as the UK, have already begun to sanction them – a move the entire EU could take, if it chose to. But just about the only alternative markets that can cover rising European demand for exactly these raw materials is other authoritarian regimes. Paul Hockenos reviews. 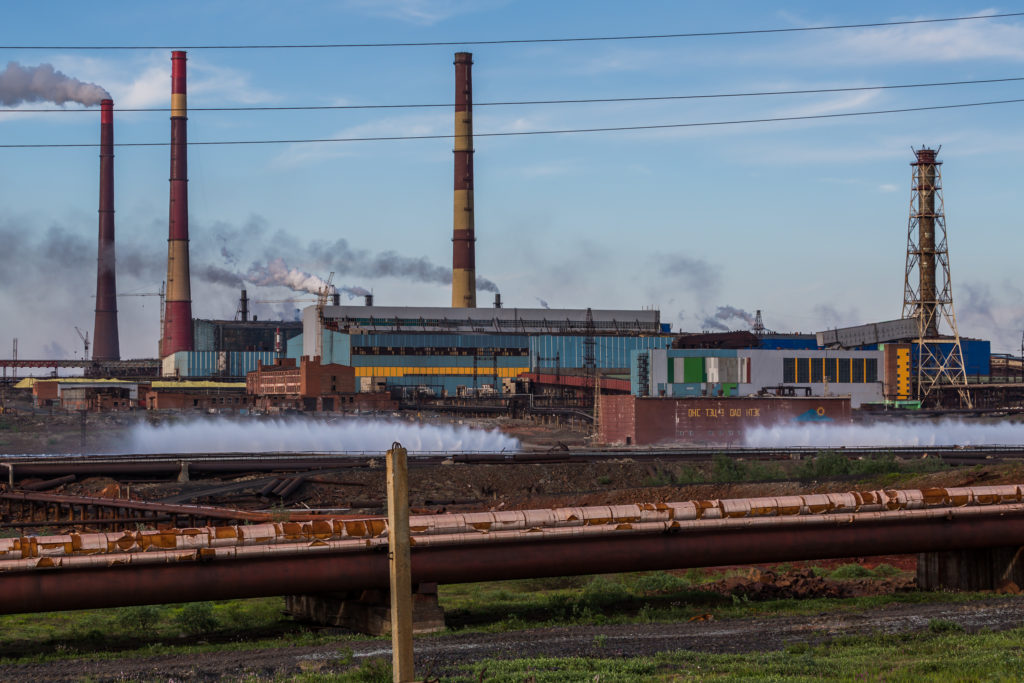 Europe imports 7 billion euros worth of metals, rubber, and minerals a year from Russia – including many raw materials required by electric car, clean tech, and renewable energy technology sectors. This figure may be a drop in the bucket compared to Europe’s fossil fuels bill – currently about 250 billion euros a year – but it, too, lands in Russian bank accounts. And significantly, with the EU’s Green Deal lurching forward, the bloc’s demand for them will balloon, in the case of nickel and cobalt by two and three times, respectively.

Complicating the matter: the war has reversed the downward price trend of clean tech, such as EV batteries, which is one factor causing the e-vehicle branch to predict higher prices of as much as $1,500 and $3,000 per vehicle. Since this industry is already struggling mightily with supply chain interruptions that have slowed or even stopped some electric vehicle production, the last thing it needs is sanctions – or further supply disruptions – on key Russian production materials.

Thus far only the UK has added some of these metals to its sanctions list: in May upping import tariffs on platinum and palladium by 35 percent  tariffs on products worth £1.4 billion. The rationale: “This far-reaching package of sanctions will inflict further damage on the Russian war machine,” explained the UK’s Secretary of State for International Trade, Anne-Marie Trevelyan in May.

Indeed, Russia is a significant exporter of many of the metals and gases used in battery production (lithium, cobalt and nickel) but also palladium, which is essential to virtually all of European carmakers’ catalytic converters, technology required for controlling exhaust emissions. Platinum, palladium and iridium are used in fuel cells and electrolysers, essential technologies in the hydrogen economy, as reported in Yale Environment 360.

And rare earth elements can be found in permanent magnets, fundamental for electric-vehicle traction motors and wind turbine generators. Turbines and solar panels require aluminium, copper and silicon metals, while semiconductors (computer chips) use neon gas in the manufacture of engine management and emissions control.

In 2020, Russia provided Germany with more raw nickel than any other country, accounting for 39% of its supply. It also supplied around 25% of German imports of palladium, and around 15% to 20% of chromium and cadmium. Russia also delivered 11% of Germany’s refined copper, 11% of its platinum, and nearly 9% of its iron ore.

“The EU exhibits high levels of dependency for various materials required for major decarbonisation technologies,” according to the Centre for European Policy Studies (CEPS). “The EU’s efforts to transform its industrial landscape at the speed required for meeting EU climate-neutrality objectives are interwoven with access to critical materials.“

Already, supply disruptions and market tightness of key metals has sent renewable energy and low carbon technology prices soaring, in some cases by 20% — reversing some of the gains of the last decade — while slowing production just when clean energy is ever cheaper compared to fossil fuels. According to the price-tracking of a basket of EV battery metals by the financial news agency Barron, prices have gone up 64 percent so far post the Russian invasion, which can theoretically push the selling price of an EV by as much as $2,000.

This news is distinctly bad for Green Deals everywhere: the EU goal of slashing emissions by 2050 would require around 35% more copper and aluminium than it consumes today, and around 45% more silicon — a key component in solar panels, as reported by Scientific American. According to one study, lithium demand could grow by 35 times and rare earth elements by as much as 26 times. Cobalt and nickel demand could shoot up by 330% and 100%, respectively.

Tobias Gehrke of the Royal Institute for International Relations, an independent think-tank based in Brussels, argues that severe supply shortages of these raw materials in the coming months constitute “a strategic threat to EU economic security [and] the EU’s capacity to deliver on its transformative green and digital ambition.“

This means looking elsewhere for these metals and minerals. “New trade relations with alternative export nations for these raw materials are essential,” stated a recent study by the German Economic Institute (IW), a Cologne-based think-tank.

This means doing more business with the likes of China, Democratic Republic of the Congo (DRC), Indonesia, and Guinea, among others. It’s a bitter pill for the EU to swallow but probably, in the short term at least, a necessary one.