A year ago, production of Colombian “blood coal” was falling, the future of the massive El Cerrejon mine was uncertain, and a growing list of nations were banning it’s import. But following Russia’s brutal invasion of Ukraine and a personal call by German Chancellor Olaf Scholz to the nation’s then president, Ivan Duque, today Colombia’s miners are expanding their operations, shipping increasing volumes to the European Union and enjoying record profits. But recently elected reform-minded President Gustavo Petro and Goldman Environmental Prize-winning vice-president Francia Marquez aim to address land redistribution, a shift to renewables and an end to fossil fuel production. Still reeling from decades of civil war, mired in energy poverty and international debt, lead blogger and podcaster Michael Buchsbaum begins a series reviewing Colombia’s energy conundrum. 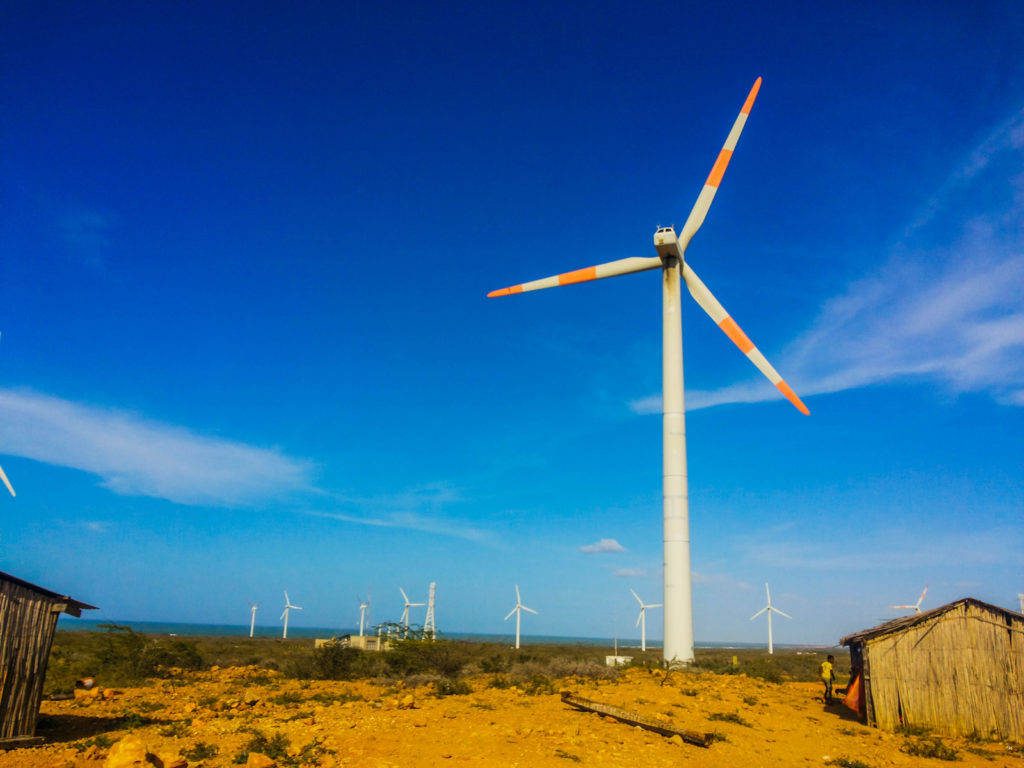 Sprawling across a gigantic 69,000-hectare expanse, “the Monster” El Cerrejón mine in Colombia is the largest open coal pit in Latin America.

Now owned exclusively by the Swiss-headquartered Glencore Company, the mine daily sucks some 30 million liters of water out of the nation’s semi-arid La Guajira district, virtually all of it within the territory of the Wayúu people, Colombia’s largest indigenous group.

Since the late 1990s, coal mining has been concentrated here and in the neighboring César department – where some of the bloodiest atrocities of Colombia’s still-simmering civil war occurred.

But coal generates less than 7% of the nation’s energy matrix in 2020 as well over 95% of what’s mined is exported globally. With over 54 million tons heading overseas in 2021 (some 20% to Europe), Colombia is the fifth largest coal exporter worldwide.

Yet ordinary citizens rarely benefit from those coal revenues. According to figures cited by Oilprice.com, approximately 63% of Colombians live in poverty, and an additional 25% live in extreme poverty.

Indeed, the meteoric rise of coal production since the mid-1990s — almost all of it mined by foreign owned or controlled firms — has resulted in widespread violations of human rights for the indigenous communities living near the mines as well as mass deforestation.

“Agriculture and commerce accounted for 80% of GDP between 1960 and 1975. In 2013, only 4.6%,” explained Alejandro Rodriguez, a member of NGO RECLAME, the Colombian Network Against Large Transnational Mining.

Worse: given the prodigious needs of the mining companies, water resources are increasingly being diverted from the Wayúu people. What little remains is often no longer potable, fouled by industrial pollution.

According to more recent government data, oil production and mining provide up to 8% of the economy’s total value and more than half of its monthly exports. And that was before Russia invaded Ukraine, triggering an international run on energy.

Since the beginning of the year, Colombian coal prices have nearly tripled, now averaging over $321 a ton. Export receipts totaled $1.3 billion in April of 2022 alone.  The largest coal producers, primarily Glencore and the U.S.-owned Drummond Corporation, enjoy massive tax reductions, ensuring that they continue producing.

Though Colombia has excellent renewable energy resources, sadly many of the nation’s new wind installations are also being constructed inside the ancestral territories of the Wayúu.

Given its advantageous peninsular location and arid flat terrain where winds can move above global averages, again La Guajira has become the epicenter of energy develop.

Last year, the Duque’s administration began developing a series of sixteen new wind farms across it. The first of these, the 20 MW Guajira I wind farm, is scheduled to become operational by the end of 2022. And if all projects are completed on schedule by 2031, the proposed wind farm network could power some 17% of the country’s electric grid.

However, even as the country’s first wind farm, Jepírachi, went into service in 2004, many in the Wayúu nation have been trying to slow development. 15 years later, at least 30 towers had been constructed on their land, according to a report by Indepaz, a nonprofit research center, with resistance growing with each step.

The Wayúus argue that wind projects, though better than coal mines, still destroy large swaths of their land, disrupting local biospheres and native biodiversity – both of which they hold sacred. And these impacts, for which they rarely benefit financially from, cannot be compensated for.

Given their historic exploitation, the Wayúu and other groups are vowing to fight many of these plans – though they hope the new Petro government will find enough middle ground to keep the fragile peace.

The late 1990s and early 2000s were the height of Colombia’s five-decade civil war between the government — whose policies generally benefited wealthy landowners and urban elites — and various leftist guerrilla and indigenous groups who demanded land reform, political change, and the nationalizing of the nation’s vast coal, oil, gold and other natural resources.

In 1995, the Alabama-based Drummond opened its first mine in César province. Beginning the following year through 2006, the country’s largest and deadliest paramilitary group, the Juan Andres Alvarez front — a faction of the Autodefensas Unidas de Colombia (AUC) paramilitaries who operated near Drummond’s mines — was responsible for “at least 2,600 targeted killings, murdered an estimated 500 people in massacres, and made more than 240 people disappear,” according to a 2014 report by PAX, a human rights and environmental group based in the Netherlands.

Moreover, paramilitary violence caused more than 59,000 forced displacements in the region where Drummond’s mine are located, according to the report.

Throughout the decade, the railway that transported coal to Drummond’s port on the Caribbean coast was bombed dozens of times.

As peace talks between Colombia’s rebel factions advanced, in December 2020 the Attorney General charged two executives from Drummond with directly financing the Autodefensas Unidas de Colombia (AUC), one of the groups accused of killing the union leaders.

But few believe the violence is truly over.

Given the acknowledged horrors caused by “blood” coal exports from Colombia, over the last few years, many European nations had vowed to reduce or stop burning it. But Russia’s February invasion of Ukraine and the EU’s subsequent curtailing of Russian coal imports have seemingly forced a different moral calculus.

In the next blog, we’ll examine the international outcry to Scholz’ sudden about-face on Germany’s acceptance of Colombian blood coal.