Though briefly this year, the Romanian government announced plans to phase out coal by 2030, with the war in Ukraine and the spiraling energy crisis, it now aims to place its coal-fired plants into reserve status with a total shut down fixed for 2032. Newly passed legislation makes this decision binding. With Brussels backing their transition plan, EU funds are flowing in to build new gas-fired and nuclear plants that will replace dirty coal. In the first of two blogs, Lead blogger and podcaster Michael Buchsbaum updates readers on Romania’s evolving Energy Transition. 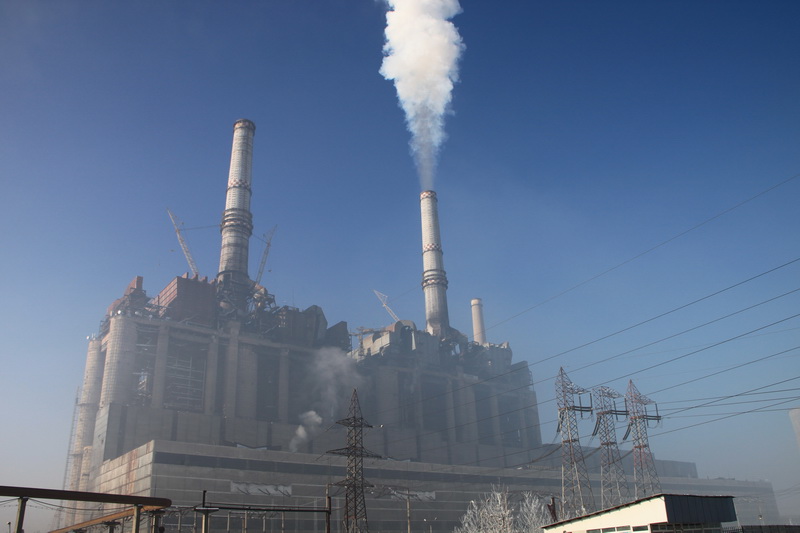 After some back and forth about the dates, Romania’s government has finally codified the nation’s coal exit plans.

Romania’s new decarbonization law requires the definitive closure of coal-fired power plants by 2030 with perhaps several remaining in strategic or emergency reserve through 2032.

According to reporting by Balkan Green Energy News, the cabinet of Prime Minister Nicolae Ciucă will not, in the immediate future, dismantle two coal-fired thermal power plants that are due for closure. Instead, the final version of the executive order stipulates they would just be kept idle.

Additionally, though Bucharest has also recently declared that some idled state-owned hard coal plants could return to emergency service, it is also moving ahead to auction off other shuttered plants for redevelopment.

Readers should note that it was only last year, in their proposed National Recovery and Resilience Plan (NRRP), that Romania officially announced this 2032 target, a decision that Energy Ministry State Secretary Dan Drăgan re-confirmed to ET in an interview last summer.

Since then, the energy crisis and Russia’s invasion of Ukraine has upturned many nations energy plans. Several European countries, including Romania, have or are adjusting their coal phase out timelines while promising to only temporarily extend coal dependencies so as to maintain energy security short term.

Citing the need to maintain the safety and stability of the national electricity system, the government left open the possibility to postpone the closure of coal plant units Rovinari 3 and Turceni 7, totaling 660 MW. They are due to be shut down on December 31, 2022. But the emergency ordinance stipulates the closure can be delayed upon the request of transmission system operator Transelectrica. It is also likely that coal production will and is temporarily rising.

EU support for a coal to gas and nuclear transition

Romania’s electricity mix is one of the most balanced in the EU, with coal, hydropower, fossil gas, nuclear energy and wind power having comparable shares of capacity and power generation. It is also the EU’s #2 producer of fossil gas and production is about to jump and solar energy capacities are quickly rising.

But to transition away from coal, Romania is using European Union funds from the National Recovery and Resilience Plan (NRRP or PNRR in Romanian) to both build new solar arrays, but also new gas plants.

In early June, the European Commission announced it was granting Romania another 1.38 billion Euros to help modernize its energy system and reduce greenhouse gas emissions.

These funds will help pay for the construction of 8 photovoltaic parks with a capacity of 725 MW on tailings dumps at its coal pits and the locations covered in ash and slag from its coal-fired power plants. The biggest item is EUR 80.7 million for panels to be constructed near or within the Tismana 2 – Roșia – Rovinari mine, Economica.net reported. This new solar will reduce the carbon footprint of Gorj County, the nation’s most CO2 emissions-intensive region.

However, Brussels’ funds will also pay for the construction of two combined cycle fossil gas plants. Indeed, the EU has authorized Romania to use its Modernisation Fund to re-organize troubled state-owned coal producer and burner, CE Oltenia into a diversified energy producer. EU funds have been committed to construct a new 475 MW gas-fired combined cycle power plant inside the Turceni coal plant complex as well as an 850 MW gas plant in Ișalnița.

But gas and solar won’t be able to replace coal alone. For this, Romania is turning to nuclear.

After months of deliberations, the Romanian nuclear energy producer Nuclearelectrica has selected the site of an old coal-fired power plant in Doiceşti, 90 kilometers northwest of Bucharest, for the installation of the first small modular nuclear reactor (SMR) in Romania, Europe and the world.

This follows on the agreement signed in November 2021 between Romanian’s state owned Nuclearelectrica and United States–to help fund the construction of a 462 MW SMR consisting of six units. As we wrote earlier, the developer of this SMR is U.S. based NuScale.

To the southeast of Bucharest, also with help from the U.S., Nuclearelectrica is expanding the capacity of the Cernavoda nuclear complex, by adding two reactors, part of a planned 9 billion euro nuclear initiative set for this decade.

The new decarbonization ordinance stipulates that new fossil-gas and nuclear power capacities need to come online by 2030 as coal-fired plants close with many units shutting in 2026.

According to an analysis by the NGO Bankwatch, the new plans accelerate mine closures, particularly between 2024 and 2026, when Black Sea gas will flow into new pipe connections to fuel the newly built gas fired powerplants.

In their review, Bankwatch flagged that the new decarbonization law contains contraventional and criminal measures for producers who do not comply with the terms of this law.

So if coal miners attempt to construct or expand additional production capacity or refuse to close existing mines or plants on time, they will be fined. Also, the opening of new mines or exploitation without agreement will be penalized.

As the NGO notes, “this is very important, because not infrequently producers continued to expand the perimeters of operation and operation of thermal power plants after court decisions that forced them to suspend operations.

Also embedded in the new law, the government mandates that coal or energy workers who lose their jobs would get priority in vocational retraining under Romania’s just transition plan, part of the EU-wide Coal Regions in Transition initiative.

Even better, the law stipulates that affected coal sector workers will be able to get grants for the purchase of photovoltaic systems with a capacity of 3 kW to 5 kW each, to be built on roofs of family houses. Romania has one of the highest levels of home ownership worldwide.

Ioana Ciută, president of Bankwatch Romania, is optimistic that the coal exit announcement means that Romania has finally turned a corner.

“It is an important step in Romania’s energy transition,” she says. “Now more than ever, coal communities are relying on the government to ensure there are decent plans in place to smooth the transition away from coal to a fossil-free, renewable energy-based future. That means rapidly investing in retraining opportunities, job creation, and green infrastructure.”