Currently generating over a fifth of the nation’s electricity, in September the Romanian government announced a coal phase-out by 2032. Though supported by various EU funds and intended to pave the way towards mid-century carbon neutrality, Romania’s energy transformation plan is far from emissions free. Despite vast renewable potential, Bucharest intends to replace most of their lignite plants with fossil gas and eventually “clean” hydrogen. In this blog, based on field research funded by a Fellowship from the International Journalists’ Program, lead blogger and podcaster Michael Buchsbaum takes us to both Romania’s coalfields and speaks with Romanian Ministry of Energy State Secretary, Dan Drăgan. 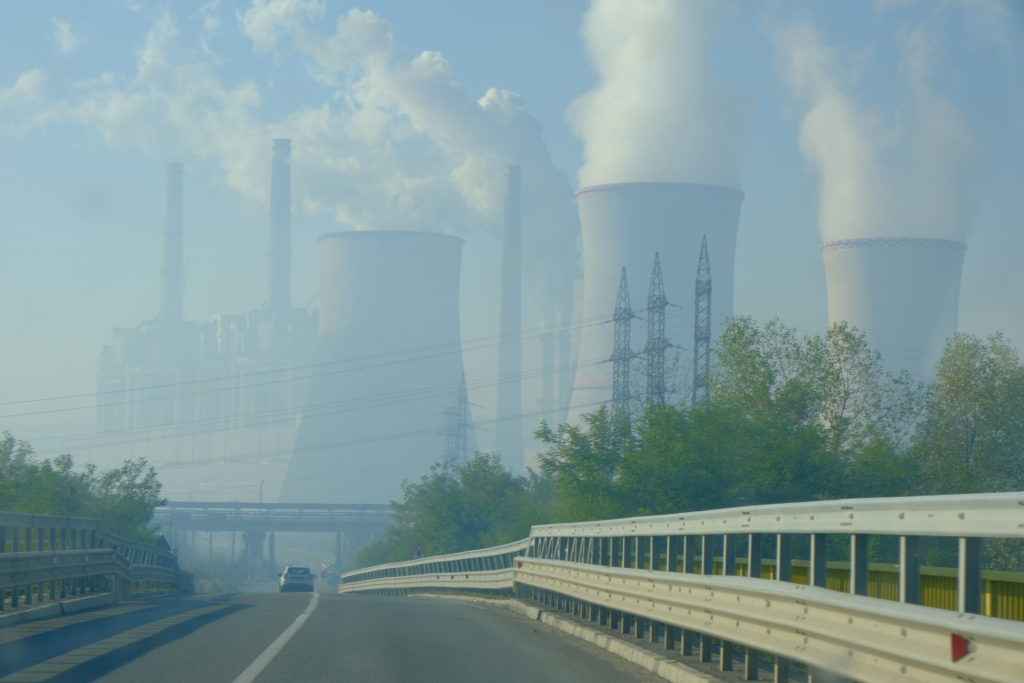 Following years of prodding from the EU and civil society, in late September, the European Commission in Brussels accepted Romania’s proposed €29.2 billion National Recovery and Resilience Plan (NRRP) through 2026, contingent on a commitment to wind down coal over the next ten years.

A comparatively poor nation at the southeastern edge of the European Union, coal-fired generation produces some 20% to 25% of Romania’s electricity. A vestige of communism, the industry employs well over 20,000 people, and the mining, transportation and burning of it remains a pillar of several local economies.

But to reach Romania’s increased 2030 renewables target of 30.7%, the nation intends to add around 7 GW of renewables to its grid, over half of which is slated to be solar.

At the time the agreement was announced, Bucharest had decided to replace their coal plants with a new fleet of advanced fossil gas burning units with a nod towards eventual hydrogen readiness – the details of which remain nebulous.

Far from Bucharest, the front lines of Romania’s coal phase-out lie in the Jiu Valley and Gorj County where virtually all of the nation’s coal is mined and burned. In turn, these regions emit some 90% of its coal-derived greenhouse gas emissions, translating into 30% of Romania’s emissions from mining and manufacturing.

Central to the phase out is transforming Romania’s insolvent state-owned lignite miner and burner, the Complexul Energetic Oltenia (CEO).

Perhaps the single worst polluter in the country, CEO’s heart is their 6-unit 1.3 GW Rovaniri power plant. Obscured by steam clouds and lignite smoke, its towering concrete edifice is surrounded on three sides by surface mines.

All day long, a vast network of clunking conveyor belts feed its hungry steam boilers that generate at times 10% of the nation’s electricity. And just south of it sits the even larger 1.6GW Turceni plant – Romania’s biggest CO2 spewer.

Much of the money for CEO’s planned transformation will come out of the EU’s Modernization Fund, whose revenue is derived from the sale of carbon credits – now selling above €70 per ton – purchased under the European Trading System.

Ironically, Romania pays hundreds of millions into this Fund annually to buy the needed carbon certificates to cover CEO’s pollution.

On the ground in Gorj

Between CEO’s two CO2 belching behemoths, Gorj county’s rolling prairie is punctured by a series of gaping open pit mines. There night and day, spindly metal excavators tear into the earth, benching down to the dark brown, crumbly lignite in a whirl of spinning metal.

Along the edges of the surface mines, cows and horses graze upon meager grasslands that give way to the scrub pines of managed forests whose rows of evenly-spaced trees belie a mechanized planting.

Going forward, CEO’s restructuring will slash coal plant capacity by 82% to only 660 MW by 2027, leaving just two operating coal units at Rovinari. Though the company intends to construct some 2 GW of new “cleaner” power to replace lignite, few CEO employees I spoke with while visiting the little villages on the periphery of the company’s mines seemed excited about a coal-less future. 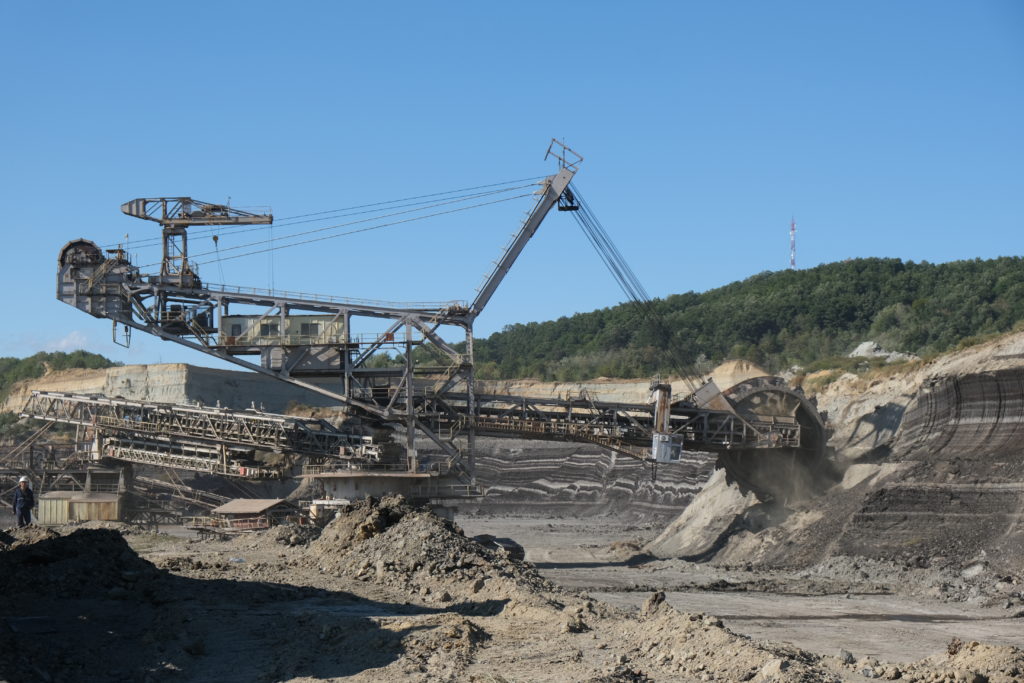 While reluctant to give their names, few hesitated to give their opinions. But most said the same thing: they fear Bucharest’s coal phase out will leave them behind.

During our impromptu interviews, many would simply point north towards the Carpathians and the Jiu Valley communities behind.

“We don’t want Gorj to become like them after their mines closed.”

“As Energy Minister Popusecu announced, there has been a decision to phase out hard coal by 2030, followed by two years of rehabilitation at the mining sites,” said State Secretary Dan Drăgan at the beginning of our interview in his Bucharest office.

“Regarding lignite, the proposed reconversion plan for CEO sees the transfer of production of electricity from fossil intensive generation to renewables, particularly 725 MW of solar PV and approximately 1.2 GW IGCC combined cycle flexible gas plants with hydrogen readiness,” he continued.

The new capacity will be ready in 2026, Drăgan promised.

From mine dumps to solar farms

But there is also social aspect to consider during CEO’s transformation. “We have to take care and assure that no one is left behind,” continued Drăgan.

To ensure this, Bucharest has earmarked funds within the various EU support schemes for both mine reclamation and worker re-training.

“This means giving the opportunity for the people that have been employed in these companies to have the opportunity to perform this redevelopment and assist in CEO’s transformation,” he promised.

One of the first steps will be the construction of several new solar farms within CEO’s mine waste dumps. 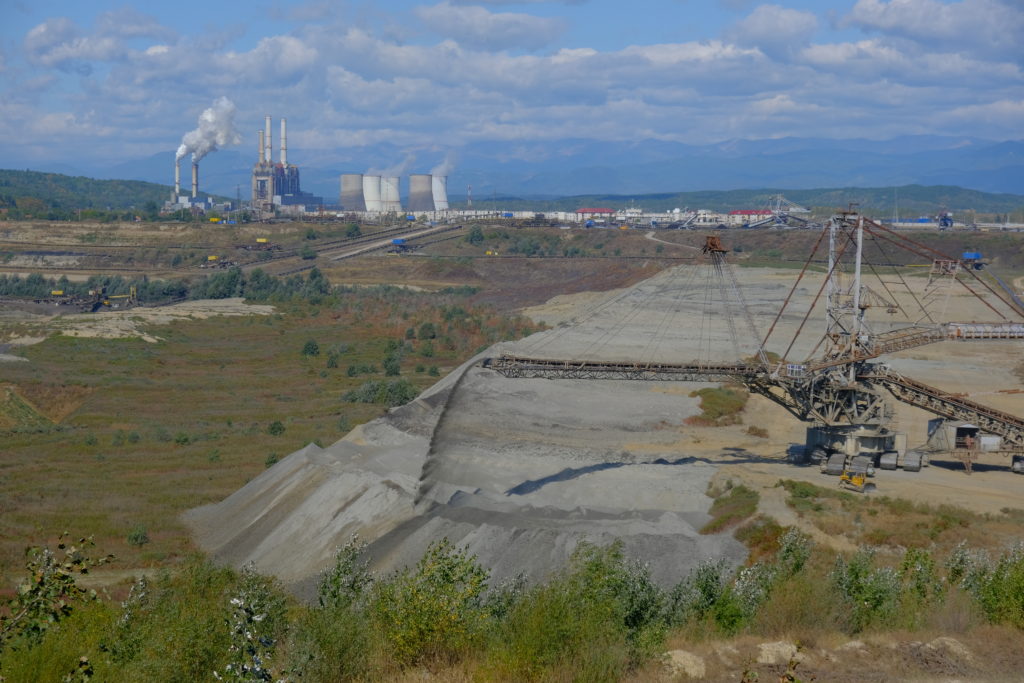 Developing this 725 MV of solar PV “will be a fete” for those who already worked there, said Drăgan. “They will be involved for two to three years in this rehabilitation as the old mining sites are first stabilized and then the solar PV is installed on top.”

Though at the end of the day Romania’s plan is far from perfect, Drăgan defended it by reminding me that “it’s the first time in 30 years when someone actually pronounced the phase out of coal.”