Touted as a vital decarbonization tool, hydrogen’s eventual climate benefit hangs upon how it’s produced. When from fossil gas, it’s potentially as bad as coal. But when generated by renewables, it may live up to the hype. Flush with billions in European Union funds, Romania looks to become a hydrogen hub: producing H2 for local industry, home heating, new rail and mass transit projects and shipping on the Danube. And despite being Europe’s second biggest fossil gas producer, Bucharest assures its hydrogen revolution will be green. Lead blogger and podcaster Michael Buchsbaum continues his on-going Romanian review. 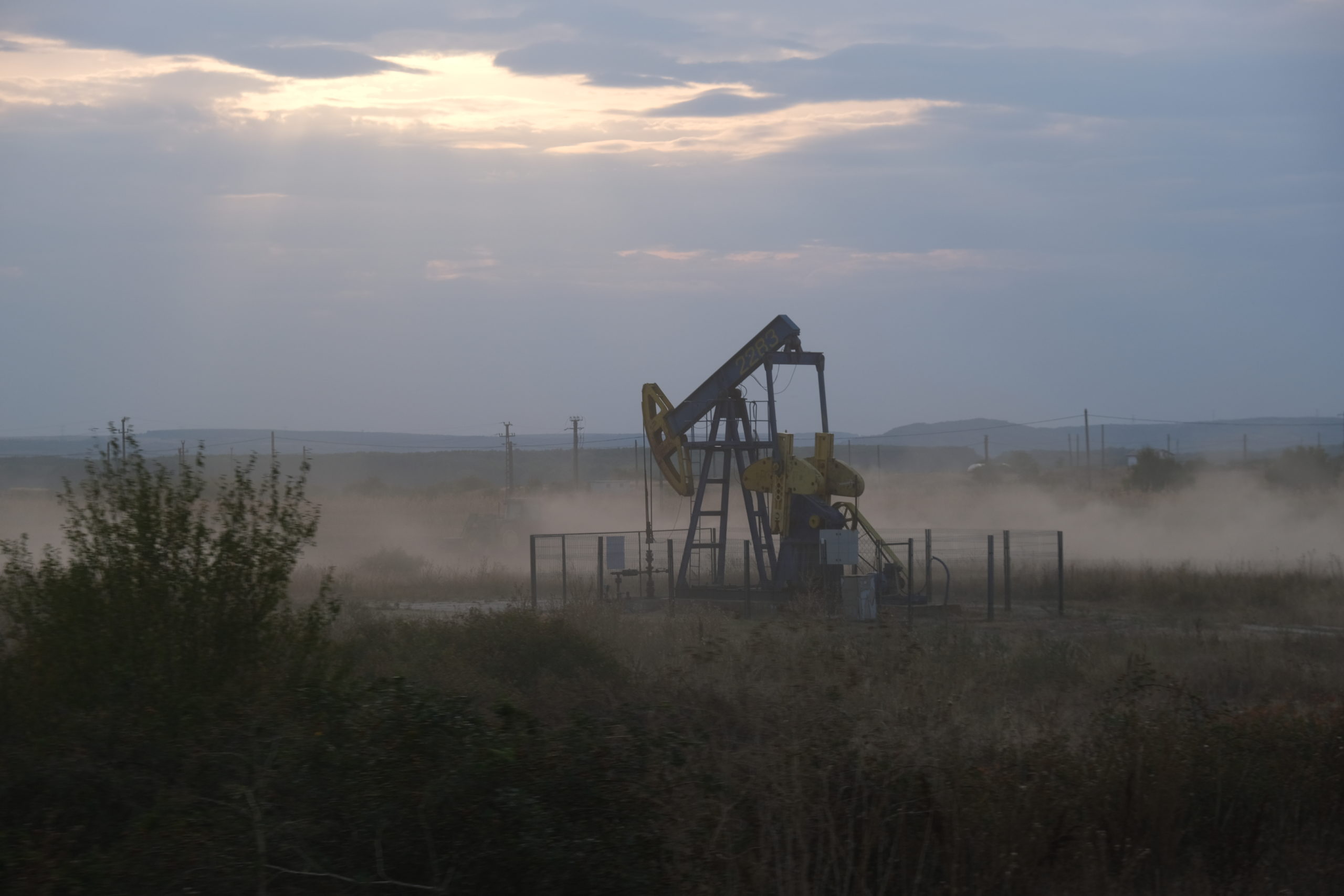 As Romania phases out coal over the next ten years, planers and politicians in Bucharest intend to fill the void by constructing new fossil gas plants and expanding wind, solar, and hydroelectricity.

However oil and gas yields are declining, and today the nation is becoming dependent on imports from Russia. Though previous governments explored producing fracked shale gas onshore, the focus for the last few years has shifted to exploiting more recently discovered oil and gas fields in the Black Sea. 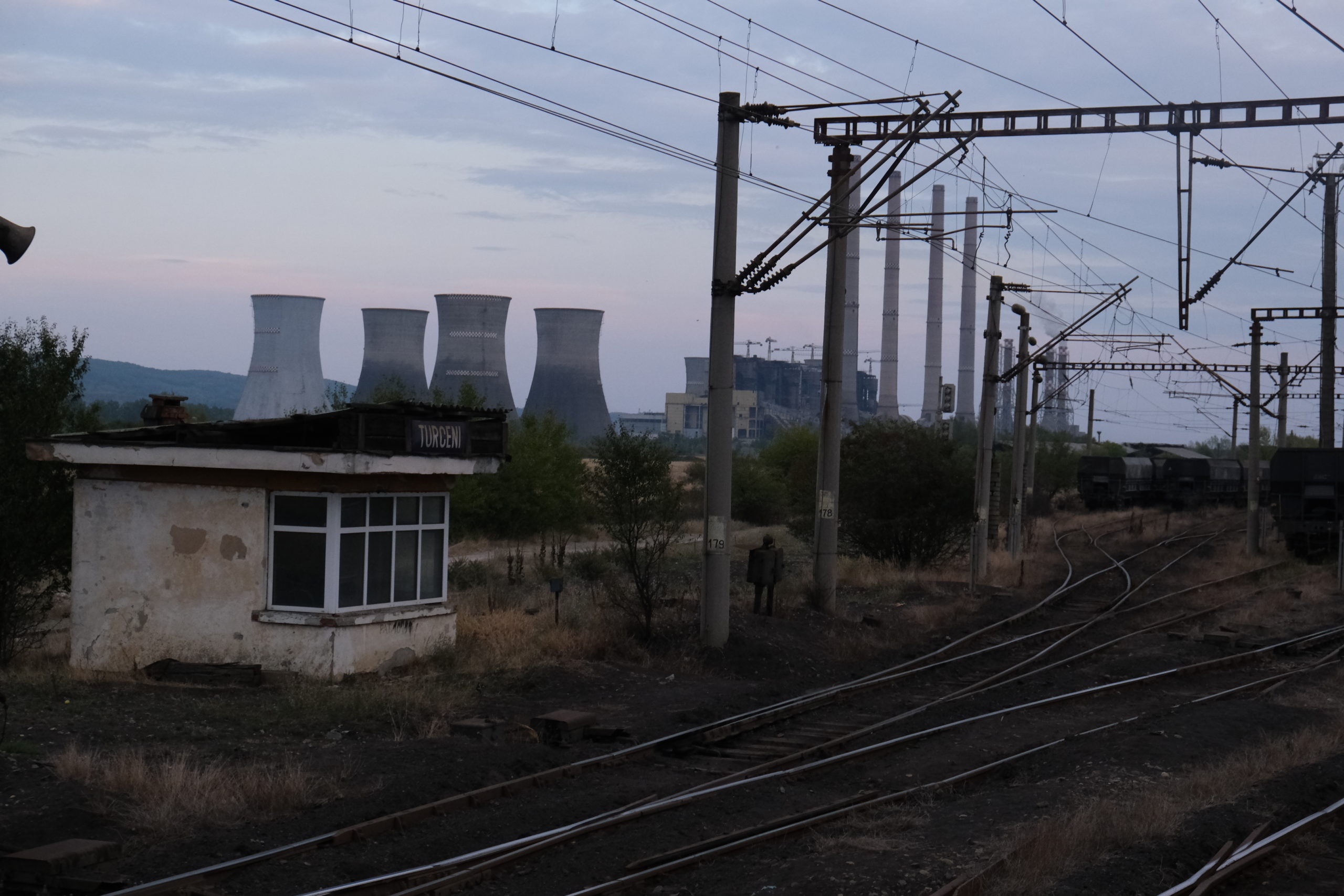 By 2032, the massive Turceni lignite plant will be converted to burning gas instead. (© L. Michael Buchsbaum)

During recent years, coal represented up to 23% of electrical power generation and consumption, he explained in an interview with EnergyTransition. “As we cut lignite generation in the future, we’ll need to replace this base-load electricity with additional flexible capacity” something not possible from “the existing two units in our Cernavodă nuclear plant either,” he continued.

Additionally, even as the nation phases out coal, Romania will also “expand our gas infrastructure on the county level to villages that were not connected to the network so far.”

But key to the nation’s clean energy transformation – at least according to the €29.2 billion National Recovery and Resilience Plan (NRRP) they signed in September with the European Union – is making a commitment to green hydrogen.

“Going forward, much of our gas network will be fitted for hydrogen. Our aim in some projects is to reach up to 100% hydrogen by 2040,” Drăgan continued. Already Romania’s national gas transmission operator is evaluating a pilot project to insert to up to 10% hydrogen in the network. Implementation could start by early next year.

“Our strategy is to promote green hydrogen,” said Drăgan. Buoyed by support from different mechanisms within the recently approved NRRP as well a projected €10 billion from the EU modernization fund over the next decade, Bucharest plans to commission a fleet of CO2-free hydrogen generation plants, including combined heat and power units and energy storage systems.

When pressed for details, Drăgan doubled down. We are looking “only at green hydrogen from solar, wind, or hydroelectricity – if it’s possible. But not grey nor blue hydrogen using CCS. We are focusing only on green hydrogen or all the support that will be a part of the hydrogen,” he insisted.

However, the new combined cycle fossil gas power plants set to replace CEO’s lignite units are being designed to burn a 30% blend of hydrogen for electricity.

Though other nations are looking to create a new industry, Drăgan reminded that “hydrogen is not something new in Romania. We are already producing and consuming hydrogen for the chemical industry.”

“I’m quite positive that at the end of this decade, that renewables, meaning solar, wind and hydro, will make up some 70% of our generation. And the rest will be gas balancing and nuclear – which is CO2 neutral,” assured the Energy State Secretary.

Months after our interview, according to the Diplomat, while speaking at a Bucharest conference on hydrogen, Drăgan revealed Bucharest intends as early as 2023 “to approve the regulatory framework on hydrogen” as part of the nation’s evolving strategy. This includes “an investment for 2000 km of pipelines that can be used to transport hydrogen,” and going forward, “new power plants must be prepared for the use of a hydrogen mixture.”

Though much of the media’s attention focuses on the nation’s decade-long coal phase out, the single largest recipient of funds from Romania’s NRRP is the nation’s aging rail infrastructure. Almost €4 billion is being allocated to modernize Romania’s antiquated state-owned system, including the purchase of new electric locomotives as well as new zero emissions hydrogen engines. 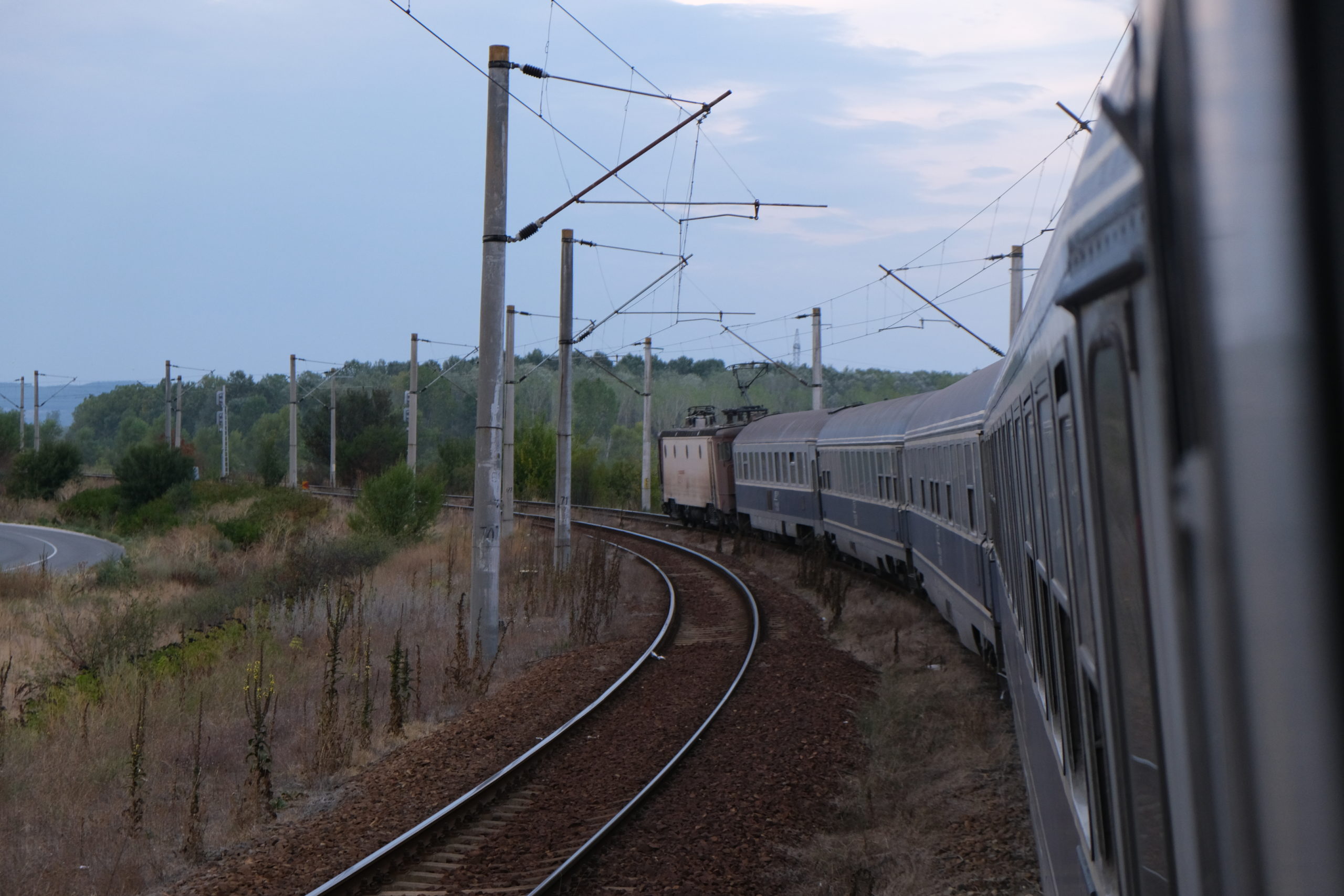 With the help of EU funds, Romania’s antiquated rail system could soon be powered by hydrogen. (© L. Michael Buchsbaum)

Though the fourth largest in Europe by total track length, deferred maintenance and lack of funding has force widespread service cuts. However EU funding is already flowing to several corridors, now in the midst of major upgrades.

A partner in the Green Hydrogen @ Blue Danube consortium, Hidroelectrica hopes snag a slice of the group’s planned 1.5 to 2GW of electrolysis capacity for green H2 production – generating this share with dedicated off-grid wind as well as on-grid hydropower.

Led by Austria’s Verbund, the scheme has been developed within the framework of the European Commission’s Important Projects of Common European Interest (IPCEI) initiative.

Hidroelectrica hopes to generate some of the hydrogen-fuel cells that will power new tugboats and barges on the Danube, Europe’s second longest river. These new vessels will in turn transport green hydrogen produced in Romania to industrial buyers in Austria and Germany. Project planners are targeting delivery of the first fuel cells in early 2023.