TOTAL is creating a social and economic disaster in Mozambique, consulting the same playbook it uses in Myanmar and Yemen where it extracts resources and silences communities. Ilham Rawoot and Daniel Ribeiro report. This article was originally published in Africa Is a Country. 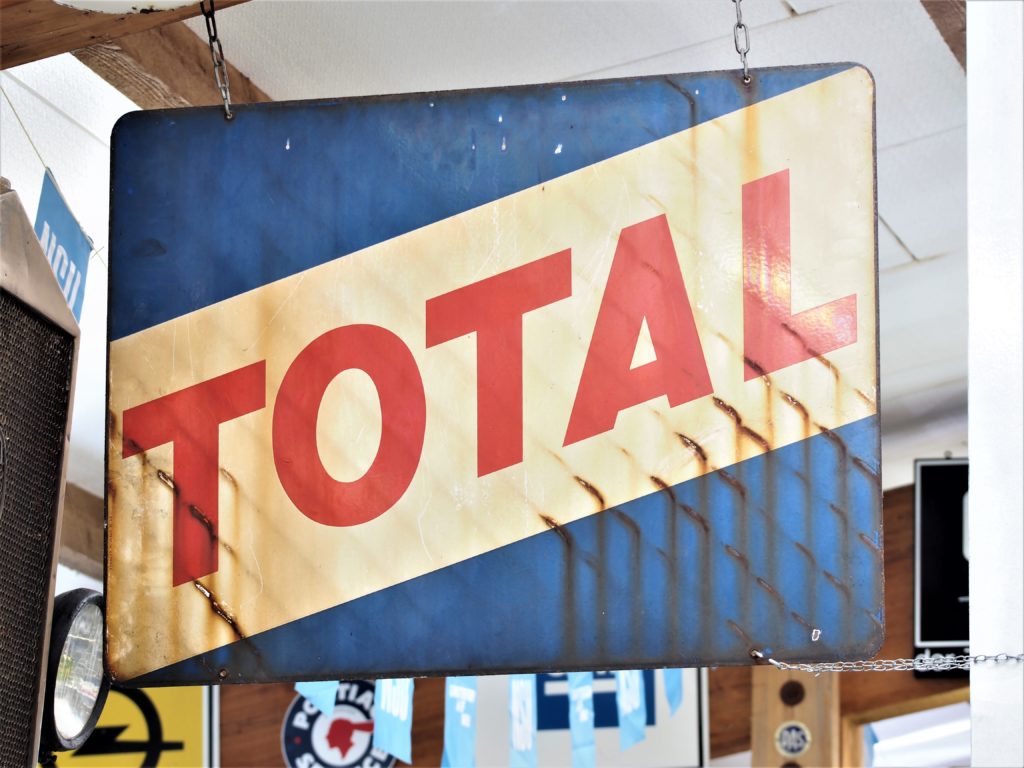 Since oil and gas multinational TOTAL showed its face in Mozambique, it has brought nothing but disaster and suffering. In Cabo Delgado province, where it leads the offshore $24 billion Mozambique Liquid Natural Gas (LNG) project, it has irreversibly destroyed the lives of people, before it has extracted even a drop of gas. In February, TOTAL boasted that it had made an annual profit of $15 billion in 2021 . This money, which will buy shareholders the freshest oysters and the best French champagne in Paris’ most expensive restaurants, was made from the bodies and lives of people, mostly in the Global South, and at the expense of the economies of developing countries.

TOTAL is one of the biggest players in Mozambique’s gas industry, and to prepare for future gas extraction, it is constructing the onshore Afungi LNG Park, which houses the aerodrome, treatment plants, port, offices and other support facilities for many of the projects and contractors. To make way for the 70km2, the company displaced more than 550 families from surrounding communities. Fishing communities who had been living mere meters from the ocean for generations were displaced to a “relocation village” more than 10km inland, with no way of accessing the sea. Farmers who had now lost their land, were given small, inadequate pieces of land far from the relocation houses they had been given. These communities have lost their livelihoods and have been left destitute.

The climate and environmental impacts of the project will be irreversibly devastating: gas extraction will lead to the elimination of several endangered species of fish, flora and fauna of the Quirimbas Archipelago, a UNESCO Biosphere, off the coast of Cabo Delgado. The methane emissions from the construction of just one LNG train will increase the greenhouse gas emissions of the whole country by up to 14%.

Since 2017, communities in Cabo Delgado have faced horrific violence, first by insurgents and then from Mozambique’s military. TOTAL was well aware of this violence when it took over the project in 2019, which was more than two years after the first attacks were reported. Following a major insurgent attack on Palma village—the nearest large village to the Afungi Park—in March 2021, TOTAL decided to abandon the area and ongoing processes with the communities, claiming ‘force majeure’ (i.e, that because of the insurgency it could not fulfill its business obligation) and pulling its staff out of the area, pausing the project indefinitely. It was clear during this attack that the Mozambican army was only interested in protecting TOTAL’s assets; 800 soldiers defended the Afungi park, while only a handful were defending Palma and civilians. Once TOTAL left, they stopped compensation payments to community members completely and have not fulfilled their payment obligations to contractors, including small Mozambican businesses.

The gas industry has been central to this violent conflict between insurgents, the Mozambique, South Africa and Rwanda armed forces, and mercenaries. So far, it has displaced 800,000 people, many of whom are now in refugee camps in neighboring Nampula province. While TOTAL and the other industry players, as well as the Mozambican government, immediately dubbed the attackers as ‘jihadists’ or ISIS, the reality is much more complex. Locals were promised jobs, but have only received temporary, menial and unskilled work, while watching TOTAL and government elites plunder their land. This increase in poverty and marginalization and oppression has led to social tensions further fuelling the conflict. Local people have reported situations where the Mozambican military that had been deployed to protect them against insurgents, extorted people for their compensation, sometimes holding beneficiaries hostage, or threatening their families with violence (including sexual assault). Despite being aware of the actions of the military, TOTAL requested that the government deploy more Mozambican troops to protect their assets. The government also contracted a South African private security company, Dyck Advisory Group (DAG), to fight insurgents. However, locals reported that DAG helicopters fired indiscriminately at civilian infrastructure. The company’s contract was quietly not renewed.

Deployed in July 2021, the Rwandan army is notorious for the horrific torture of alleged Congolese and Rwandan dissidents in military detention centres. Although TOTAL insists that it has nothing to do with the Rwandan army’s presence in Mozambique, the company has a history of basing its operations in politically sensitive areas.

In Myanmar, TOTAL was providing the oppressive military junta with the majority of its revenue through the Yadana gas project. The military junta is known for ethnically cleansing the Rohingya population and committing mass human rights violations including rape, sexual abuse, kidnappings and torture. Recently TOTAL claimed it would stop its operations in Myanmar, but again, it will be getting away with the destruction it has left in its wake. In Yemen, the Balhaf LNG site (of which Total owns 39%), was exposed for housing the base for the Shabwani Elite, an UAE-backed tribal militia. Officially a counter-terrorism group, they have unofficially become known as a group created to protect fossil fuel interests. The site also has been revealed to house UAE notorious “secret prisons” holding Yemeni detainees.

From the moment TOTAL came into the picture, it has searched for ways to avoid responsibility for its actions and the generally onerous impacts of the extractives industry. One way it does this is by blaming everything on Anadarko, the US company that initially led the Mozambique LNG project, until TOTAL took over in 2019. Anadarko had started a sham of a consultation process, which violated several principles  of free, prior and informed consent. Community members were unable to dissent in consultation meetings or through the committees set up to represent them, for fear of reprisal from the government or of not receiving adequate compensation. Community leaders were often corrupted and in some instances, gave false consent on behalf of the community.

Despite knowing the issues with this process, TOTAL made it worse and even less democratic upon taking it over. Instead, it took advantage of the worsening conflict and its climate of chaos, fear and repression to fast-track the consultation process. So when the military and police provided security for consulting teams, the atmosphere of fear had already silenced the voices. Communities have filed complaints with TOTAL, informing them about the irregularities and dangers of compensation payments. Although TOTAL ignored these complaints, or waved them away, they cannot say they were unaware. Meanwhile, the company claims that Mozambique LNG will be a way to lift millions of Mozambicans out of poverty. But history has shown that even though the country has hosted several extractive projects over decades, none of them have benefited the people, with the economy only becoming increasingly worse. Still, only one-third of the population has access to electricity and TOTAL will not provide them with power—the vast majority of it will be exported to other countries, like the UK, US, China, India and the Netherlands.

Furthermore, the Mozambican government has a history of corruption involving fossil fuels. TOTAL is undoubtedly aware of the “tuna bonds” scandal of 2016, currently at the center of Mozambique’s biggest ever corruption trial. Mozambican officials took an illegal $2 billion loan from Credit Suisse and VTB Bank, promising to pay back the money in gas revenues, while spending it on weapons to protect gas reserves. One doesn’t need more proof than this to know that the gas revenues will almost certainly not trickle down to the people. Mozambique is still trying to climb out of the debt crisis and deep financial hole this deal pushed them into. By going about its usual business with the Mozambican government in the face of this racket, TOTAL is merely enabling and normalizing corruption.

The gas industry will be a major economic disaster for Mozambique, and TOTAL is actively ensuring that the country receives little benefit: the Mozambique LNG consortium, of which TOTAL is the leader, along with the other consortiums of Rovuma LNG and Coral LNG, have subsidiaries in tax-havens, such as Dubai, through which the gas revenues will flow. Mozambique has a double tax agreement with Dubai, which means the consortiums will not pay the 20% withholding taxes on interest and dividends as they would have done under Mozambique’s tax laws.

A recent report by Berlin-based company OpenOil shows that this means Mozambique will lose $5.3 billion in tax revenue over the life spans of Mozambique LNG and Coral LNG. Furthermore, the consortiums have also received an 8% corporate income tax reduction from the Mozambique government for the first eight years of production. It is clear that those making decisions about the gas industry in Mozambique, both locally and on a global scale, are unperturbed by the impact of gas on the climate, people and economy of the country. Human rights defenders have brought this disastrous situation, in detail, to the attention of those financing, investing in, benefiting and purchasing from the industry. These include the governments of the UK, US, South Africa, Italy, France, Netherlands, Japan, Standard Bank, HSBC, BP, and many others.

Yet they feign ignorance or find lame excuses to ignore the suffering of affected communities and face the grim reality to which their profiteering is contributing. It has become clear that the gas industry calls the shots, and governments simply go along with them. Northern companies and governments who wax lyrical about their stringent human rights policies are unconcerned about violating those of the Mozambican people. While they tell anyone who will listen that they are moving away from fossil fuels in their countries, in Africa and the Global South they are merely planning more, thinking no one is watching. It has become clear that the people of Mozambique cannot rely on the decision makers in power to protect them, the environment, or climate against TOTAL, and the global fossil fuel industry. These decision makers are well aware that the gas industry will just continue to line the pockets of the local and international political and economic elites, as it has done for generations.

Civil society and activists need to deal with TOTAL directly, to support the people whose homes, lives and livelihoods they are destroying, to bring their voices to international podiums. Fights have been won before: in 2020, the community of  Xolobeni in the Eastern Cape region of South Africa, won a groundbreaking court case that ultimately pushed Transworld Energy Resources to halt its heavy mineral sands mining project. And in the last few months alone, two campaigns ruined Shell’s plans. The Stop Cambo campaign against an oil field in the North Sea, pushed Shell to pull out of the project after the campaign became so so strong that members of the UK and Scottish parliaments were forced to discuss it and ultimately pushed back against the project. In South Africa, fishing communities and activists won a court case making Shell halt its seismic drilling in KwaZulu-Natal. Furthermore, the UK High Court will soon rule on a legal challenge by Friends of the Earth England, Wales and Northern Ireland, with the support of Justiça Ambiental, to cancel the UK government’s $1.15 billion financing of the Mozambique LNG project. With the Mozambique LNG project on pause, those campaigning against this monster must stay on the attack, until TOTAL has no choice but to fix their mess and leave, for good.

Ilham Rawoot and Daniel Ribeiro both work for Justiça Ambiental/Friends of the Earth Mozambique.