Following changes to tax legislation, fossil gas is now flowing out of the Black Sea where an estimated 200 billion cubic meters of climate killing methane could be tapped. While drillers look further, homeowners and businesses are installing solar panels at record rates as “prosumers” look to cash in. Lead blogger and podcaster, Michael Buchsbaum reviews the nation’s energy transition in this edition of the Romanian Power Move. 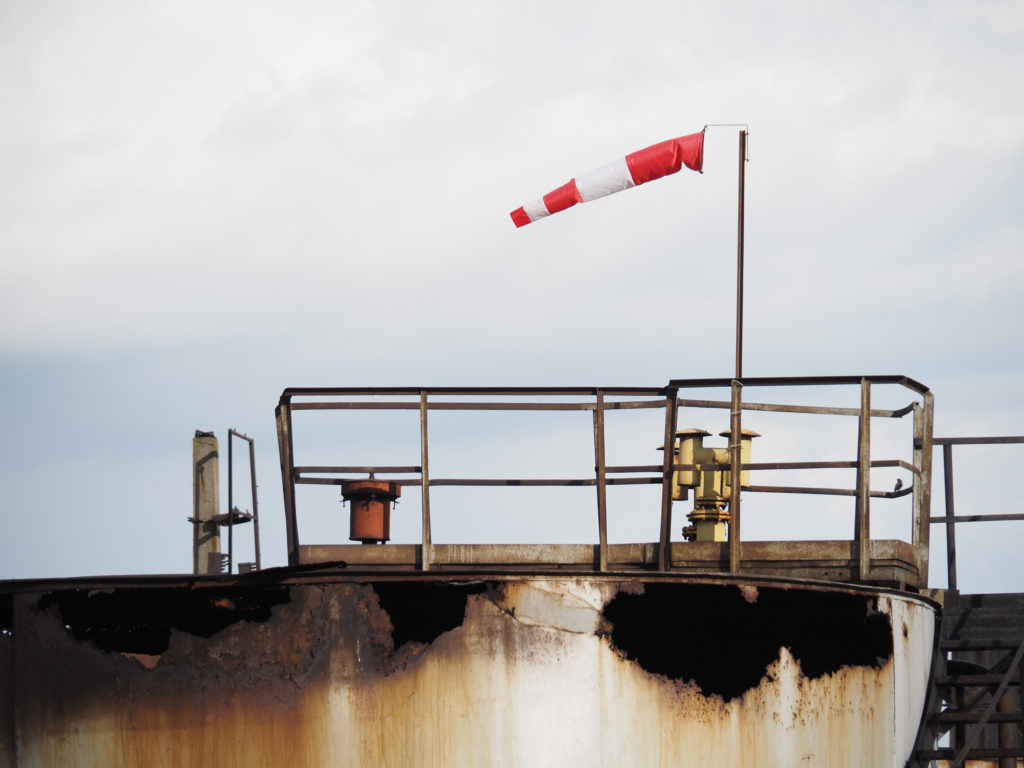 Though Romania’s firm commitment to exiting coal by 2032 is a something to celebrate, the reality is that it’s replacement is just, if not more dangerous for the climate: lots of methane gas.

In May, Romanian senators passed a controversial bill aimed at encouraging gas extraction from the Black Sea as the European Union looks to reduce its dependency on Russian gas.

Framed as ensuring Romania’s energy security, the legislation will also enable it to become a gas exporter.

“To follow up a momentous announcement with plans for more fossil gas would be a travesty,” says Vlad Cătună, a campaigner at Greenpeace Romania.

“Fossil gas prices are exorbitant whether you have domestic supplies or not. That is the reality of the global market. Then there is the damage it does to the climate, and the fact that we’ll have to shut down any new fossil gas infrastructure almost as soon as it’s opened.”

And unsurprisingly, just as the ink was dry on the new bills: gas started to flow.

On June 15, Black Sea Oil & Gas (BSOG), controlled by the US-based Carlyle Group investment firm and the European Bank for Reconstruction, announced that it had started commercial gas extraction out of the Black Sea.

Already the EU’s second largest producer of fossil gas, previously all onshore, for years various schemes were put in place to tap massive methane deposits under the Black Sea.

According to various estimates, between 170 to 200 billion cubic metres lie deep under the surface.

Though this amount of new production could supply roughly 10% of Romania’s domestic consumption and bring the country closer to independence regarding energy, according to government sources quoted by Libertatea – it’s much more likely aimed at filling growing EU gas needs as the block rushes to diversify away from Russian supplies.

Five sea wells, including one placed below the sea level, are tapping the deposits. From there, a 126 km underwater pipeline will transport the gas to the processing station onshore where the gas will be injected into the national gas transport network.

Nearby, a potentially much richer natural gas deposit, estimated to be between 42 and 82 billion cubic meters, is owned by OMV Petrom and the state-owned Romgaz (after the US oil giant ExxonMobil exited the partnership).

Proponents of the so-called Neptun Deep perimeter say production could come on line as early as 2026.

Readers will note that is also the target year for several coal fired power plants to shut down and the new EU-paid for gas fired plants to come online.

Though many politicians have claimed Black Sea gas will be used domestically, some studies show that Romania may become a net exporter.

Either way, a month after BSOG started producing, according to Reuters, Hungary and Romania began talks to increase the capacity of a fossil gas pipeline interconnector that straddles their borders to more than 3 billion cubic metres (bcm) of gas per year. At the moment, Hungary is about 85% reliant on Russian gas imports.

Eightfold increase in number of prosumers recorded in Romania in 2021

Now some good news: The reforms of Romania’s solar subsidy programs that Energy Ministry State Secretary Dan Drăgan discussed with ET last summer have indeed led to a massive increase in the number of prosumers connected to the distribution grid.

New figures reported by Balkan Green Energy News show a 732% leap in prosumers, to almost 13,600 individual generators through just the end of 2021. That translated to an additional 85MW according to the Romanian Energy Regulatory Authority – ANRE.

Citing the agency’s data Economica.net reported that the legislative change led to an 800% increase in the number of prosumers as previously.

Prosumers are defined as households, businesses or institutions who have a power source for their own consumption, usually photovoltaics, who then both produce and consume electricity.

Though it’s now clear that Romania’s coal exit will be neither clean nor green – despite the newly passed EU taxonomy which controversially labels gas and nuclear as “sustainable” — it does attempt to at least make the transition just.

Baked into the decarbonization law is a provision that affected coal workers who lose their jobs would get priority in vocational retraining.

But not only can they get re-trained, they themselves can participate directly in the clean energy transition by becoming prosumers as well.

Greenpeace Romania offered a rare “congratulations” to the Ministry of Energy for enabling every coal miner who is laid off in coal dependent Gorj and Hunedoara counties to be able to receive non-reimbursable financing for the purchase of photovoltaic systems with installed capacities of 3-5 kW.

This “shows they recognise the importance of decentralised, community-based renewable energy production as part of our energy mix,” remarked Greenpeace’s Cătună to Emerging Europe.

Those panels could presumably be built on suitable roofs of many miners’ family houses in the nation’s coal regions, specifically in very sunny Gorj County.

It should be noted that Romania has the highest percentage of home ownership in the EU and the second highest in the world behind Japan.

This “is an important step in Romania’s energy transition,” says Ioana Ciută, president of Bankwatch Romania, “We have been campaigning for a well-managed coal phase out that is aligned with the goals of the UN Paris climate agreement for many years and this is a big success.”

“Now more than ever, coal communities are relying on the government to ensure there are decent plans in place to smooth the transition away from coal to a fossil-free, renewable energy-based future. That means rapidly investing in retraining opportunities, job creation, and green infrastructure,” she continued.