In Zimbabwe, the Covid-19 pandemic brought up several measures to transform transportation. But governmental actions to fade out fossil fuels in the mobility sector have not yet became effective. Instead, the transition to cleaner vehicles is facing hurdles. Kennedy Nyavaya has the stroy. 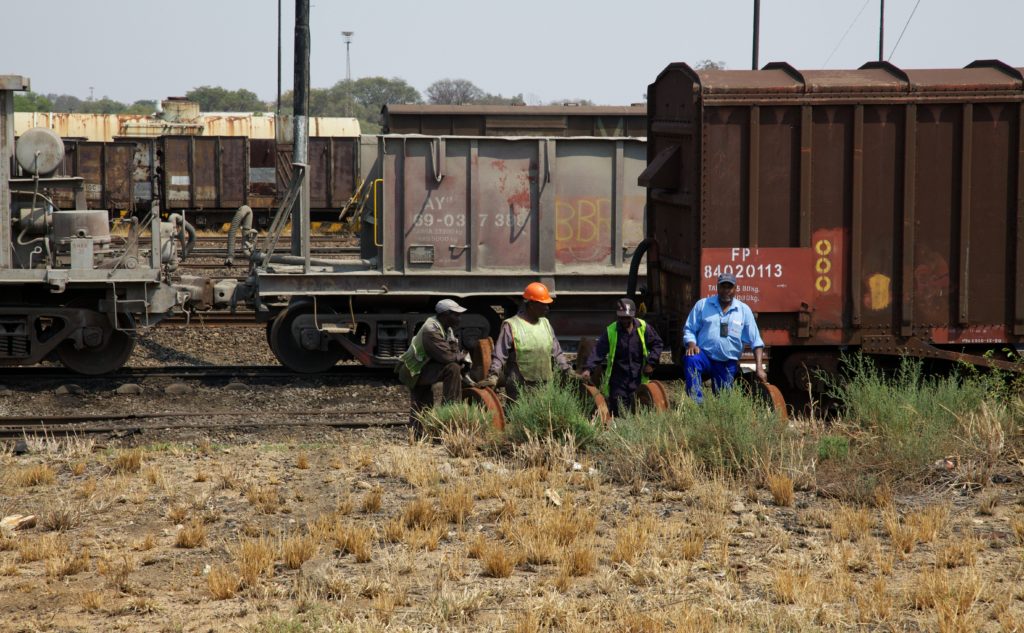 At the beginning of 2020, Zimbabwe introduced a raft of measures, anchored on limiting crowding, to suppress the spread of the highly contagious Corona virus. Among its strategies to enforce the measures, the government also took a central role in managing the transport sector by monitoring how people moved from one place to the other and what means of transport they used.

This saw a reintroduction of the desolate Zimbabwe United Passenger Company (Zupco) in an attempt to substitute private transport operators and establish state monopoly in the local transport system.

However, what could have been a silver bullet to establish an efficient and sustainable mobility sector is exposing underlying shortcomings and empty words of policy makers regarding the implementation of a transition in the mobility and transport sector.

Under its many clean energy use strategies based on the tenets of a National Renewable Energy Policy launched two years ago, the country’s energy department has proposed a transition away from internal combustion engine vehicles (ICEVs) –that use fossil fuels- in the decade between 2020 and 2030.

Therefore, after shutting out private transport operators, particularly the mini-buses famed for transporting millions of intra-city and inter-city travelers daily over the years, one would have expected the government to take advantage of the window of opportunity to start introducing cleaner options.

Instead, what the move has achieved has been partially converting less than 10 percent of private transporters to operate under Zupco while others have converted their vehicles to private use creating a crisis for commuters.

To satisfy the gap, inventive pseudo-transporters are converting small ICEVs into shuttles moving passengers within and between towns in what is potentially spiking imports of used vehicles, increasing the appetite for fossil fuel and eventually causing more greenhouse emissions.

In addition, the government has been importing hundreds of diesel-powered buses and even reintroduced more archaic locomotive trains to ostensibly ease the transport woes.

One feels that the country is already falling behind in the quest to achieve electric mobility when it could have taken advantage of the Covid-inspired suppression of movement to jumpstart implementation of a long-suggested sustainable transition, starting with the basics.

One of the main qualities of a successful plan is a clear and attainable timeline but this has been lacking since 2019 when then minister of energy Fortune Chasi first started aggressively lobbying for introduction of electric vehicles (EVs).

“From 2020, there is no petrol and diesel cars to talk about. I am going to drive the issue of electric vehicles. We actually do not have a voice, if you read the literature around the transformation and disruption that is happening in the area of transportation,” said Chasi then adding that he was “inundated with requests from fellow citizens in the diaspora who want to bring electric vehicles.”

His claims were hard to believe then and even now under a new minister given the reality, based on random survey and my own observations while waiting for official figures, that EVs still account for a minor percentage within Zimbabwe’s rapidly growing fleet.

A good measure to start with would be for the ministry of transport, through Zupco, to start or at least explicitly state when they will introduce electric buses and trains to meet the local public transport demand.

Additionally, the EV crusade should see government departments and officials going electric too, especially on the service vehicles they use.

As long as the government maintains parceling out of fuel-guzzling cars that consume high volumes of diesel or petrol to its officials the message to go electric will be lost in translation for the ordinary citizen.

A global hindrance for e-mobility transition for countries, including developed ones, is lack of appropriate infrastructure. The lack of charging stations within cities and highways is a sign of a failing e-mobility plan and with this in mind the government needs to approach the introduction of EVs with a sober strategy that first seeks investment in making charging ports as readily available as traditional fuel stations.

Adding to this, the country needs to ensure the availability of electricity because the current national grid power deficit does not inspire confidence in the possibility of clean mobility. How can someone faced with an average of random yet frequent six-hour power outages think of buying a car that needs charging?

The government needs to fix the nation’s energy crisis and ensure affordability first to attract buy-in from the public. Otherwise, EVs will continue to be viewed as a preserve for the affluent who are able to keep diesel or petrol-powered generators running during power cuts.

There is no doubt that EVs are currently trendy and courting the interest of many in the country’s urban settings. Whether it is out of the interest to join the global mobility transition or attempts to save on the sometimes unavailable and expensive petrol there is a visible increase in EV use locally especially hybrid vehicles – that use both internal combustion and an electric motor at once- in particular. Solid data on this is still scarce and a lack of research is also one of the hurdles that the transition to clean mobility is facing in the country.

Most EVs are comparatively more expensive than ICEVs at a time when majority of motorists in the country drive cheaper second hand imported vehicles mostly from Japan and some parts of Europe.

The price of EVs is largely out of reach for the average citizen because of the price tag and incentivizing EVs by removing import taxes will increase uptake while encouraging local production of clean vehicles is a much more sustainable plan into the future.

Exhibiting different EVs at different events to the amazement of citizens as Zimbabwe Energy Regulation Authority (Zera) has been doing over the past year is surely not enough.

A real e-mobility campaign entails blocking or heavily taxing the import of cheaper second-hand ICEVs to discourage buyers, while making it easier to own cleaner options.

The government already hinted at this by banning the import of pre-owned cars manufactured over 10 years ago and suggesting incentives for import of EVs and hybrids.  However, both policies, apart from increasing tax collections, have hardly proven to be of any benefit to the would-be ordinary car owner who intends to purchase a vehicle.