The REPowerEU plan to end Europe’s dependence on Russian gas would still leave it in hock to fossil-fuel companies. Pascoe Sabido has the story. A longer version originally appeared in Social Europe. 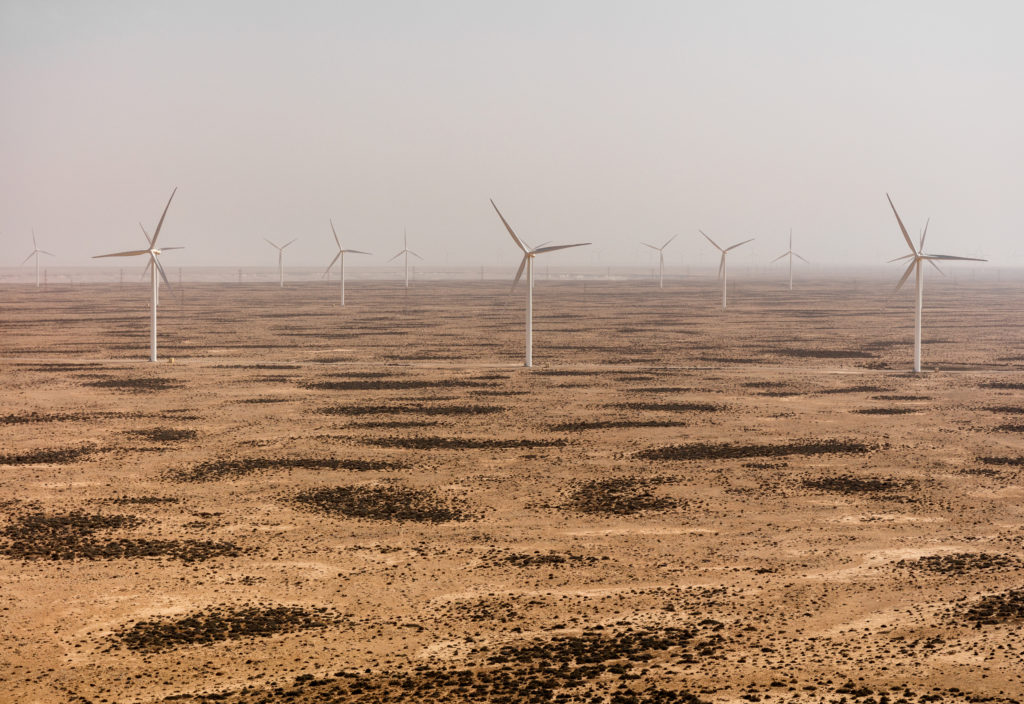 To meet the EU`s renewable-hydrogen goals will require a lot of renewable electricity. (Photo by TEDxTarfaya, CC BY-SA 2.0)

When European Commission president, Ursula von der Leyen, finally arrived at the podium to present REPowerEU, those watching had been waiting for almost an hour. We were waiting to hear the commission’s plan to wean the European Union off Russian gas by 2027 following the invasion of Ukraine. The attention of many may have been grabbed by the “eye-watering” announcements on energy efficiency and renewables, with the €300 billion being mobilised (a repackaging of existing funds). But dig a little deeper and the plan appears very similar to what the fossil fuel industry had been seeking to secure its future interests—switching to other gas suppliers and turning to hydrogen.

Those alternative suppliers will include other repressive regimes—such as Azerbaijan and Algeria, and the settler-colonial apartheid state of Israel—with more ports and pipelines built to import and transport gas thanks to the Commission ringfencing €10bn for “missing links on gas and infrastructure”. And as revealed by Corporate Europe Observatory (CEO), the fossil-fuel industry itself will be closely involved in determining the new sources of gas as well as which new infrastructure will be built, thanks to its regular meetings and close relationship with President von der Leyen.

As well as shifting to other suppliers, the EU aims to replace Russian gas with renewable hydrogen and turn Europe into a ‘hydrogen economy’—the latest silver bullet pushed by the gas industry.

REPowerEU quadruples the EU’s hydrogen targets from 5.6 million to 20 million tonnes by 2030, with half of that to be imported. A special place is reserved for the southern Mediterranean, which is expected to meet up to 80 per cent of imports, according to a previously leaked draft of REPowerEU seen by CEO.

A new study of renewable-hydrogen plans in north Africa, commissioned by CEO and the Transnational Institute, shows these targets to be highly unrealistic, from a cost and an energy perspective. Moreover, they have an ultimately neo-colonial character and are already leading to more fossil-fuel exploitation.

The EU says renewable hydrogen should be made from new renewable-energy sources but wind and solar power are by definition intermittent. That means there won’t be a constant supply of green electricity to make the hydrogen, hugely pushing up production costs. Connecting to the electricity grid would overcome this but if the grid is powered by fossil fuels—as in Morocco, Algeria and Egypt—that would likely undermine the EU’s green endeavour.

The Italian oil and gas major Eni plans to create green hydrogen from a 1 gigawatt solar plant in Algeria. The author of the study, Michael Barnard, estimates the hydrogen produced would cost 11 times as much as simply using fossil gas, per unit of energy. If Algeria wanted to switch its exports from fossil gas to hydrogen, as its own government and the EU have suggested, it would need to install 500GW of solar—more than a thousand times what currently exists. This would have major implications for land and water use, as well as access to raw materials.

On top of high production costs, transport costs via tanker or pipeline are very high. To overcome this, the EU and Germany have proposed subsidies for European consumers. But is that the best use of public funds when the continent is in the midst of a cost-of-living crisis and exploding energy bills?

Less than 1 per cent of Europe’s hydrogen today is actually green, with 97 per cent produced using fossil gas. That’s why the oil and gas industry has always supported the ‘hydrogen economy’, seeing it as a back door for hydrogen from fossil gas: build the hydrogen hype, build economy-wide demand and, when there’s not enough green electricity or electrolyser capacity to supply it, fossil hydrogen will step in.

In Algeria and Egypt, Eni is exploring hydrogen from fossil gas as well as renewables. It claims that by using controversial and costly carbon capture and storage (CCS) technology, it can make hydrogen ‘low-carbon’ (‘blue’ hydrogen). But the emissions from producing blue hydrogen are up to 20 per cent more than those from just using fossil gas. Worryingly, the EU is already giving fossil hydrogen financial and regulatory support at home and abroad—an expensive climate disaster which might keep the fossil-fuel industry in business but should not receive public support.

To meet the high renewable-hydrogen targets will require a lot of renewable electricity. Is this what Morocco, Algeria and Egypt should be using their limited renewable resources on, when they have their own renewable-electricity targets to meet? They would need to sacrifice their current plans under the Paris Agreement, so Europe can meet its own.

Yet this export model is the one being explored by a number of European companies in north Africa. This also explains why the EU and Germany are so happy to subsidise the high costs of green hydrogen: European companies will be on both sides of the transaction, producing it and consuming it.

The push for green hydrogen is the latest example of the wider neo-colonial resource grab in north Africa, hand-in-hand with local elites. Couched in green language, it seamlessly takes up the mantle from the failed Desertec solar-for-export scheme. It puts the interests of Europe’s gas industry before the needs of people in Europe and around the world.

Rather than perpetuating a neo-colonial energy model, based on exploiting countries in the global south, the EU needs to go back to the drawing-board on hydrogen and scrap its grossly-inflated import targets. How long is President von der Leyen going to make us wait this time?

A more detailed version of this analysis is here.

Pascoe Sabido is a researcher and campaigner with Corporate Europe Observatory, focused on exposing the power of the oil and gas industry in the European Union and at the level of the United Nations.