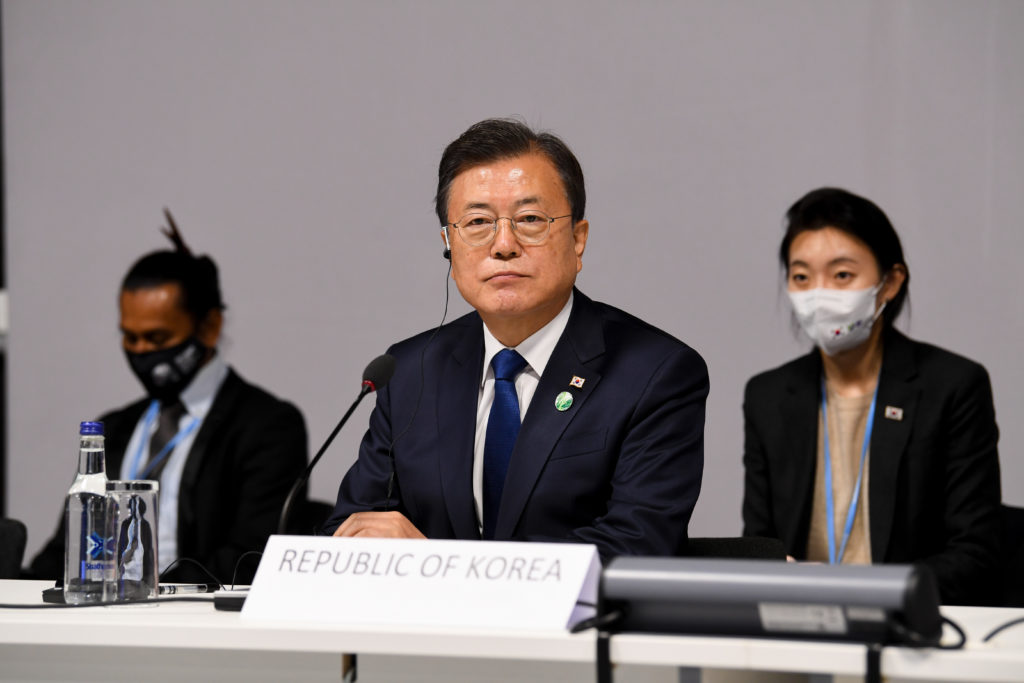 The government’s fresh pledge is good news – and could herald an about-turn for South Korea, which is the 7th largest CO2 emitter globally. Its emission level has been continuously increasing since the 1960s, except for during the financial crisis in 1997. Compared to other major emitting countries, South Korea’s move towards carbon neutrality comes rather late, but various policies announced recently show its commitment. In particular, technology and innovation such as the hydrogen and battery industry are heavily valued in South Korea’s carbon neutrality pathway. However, what about the governance side?

Aiming for carbon neutrality in 2050

2021 can be called the turning point of the carbon neutrality discussion in South Korea. After announcing the Green New Deal policy last year, the Presidential Committee on Carbon Neutrality was launched last May. This committee mainly aims to enhance the participatory process of climate policy with tasks including evaluation of carbon neutrality policies and plans and communication with the public about carbon neutrality. It is co-chaired by the Prime Minister and an environmental policy expert. While 18 committee members are the government ministers, 77 ‘citizen members’ were appointed from various sectors.

Last August, the committee announced three possible scenarios for achieving carbon neutrality by 2050. However, two of the three scenarios had carbon reduction goals of 96.3% and 97.3% by 2050. After receiving criticism, the committee revised and finalized two scenarios, indicating that both would aim at net-zero emissions by 2050. The major differences between the two scenarios are whether to utilize coal, e-fuels and grey hydrogen (based on steam-reformed natural gas or coal) and how much to depend on carbon capture, utilization and storage (CCUS) technologies.

The South Korean government accepted the two scenarios as its official plan and announced in the COP26 together with the 2030 NDC. Also, it proposed increasing its 2022 budget for carbon neutrality by 62% compared to last year. This proposal was passed by the National Assembly with a slight reduction (4%).

Failing to keep others on board

While the committee has catalyzed the decision for a 2050 carbon neutrality framework, the other part of its mission has not been going well as planned: organizing a participatory decision-making process. Among the citizen members of the committee, youth and religious groups have dropped out. A youth activist from the Youth 4 Climate Action group argued that their participation could not bring any fundamental changes to climate policy. Religious groups also quit their participation, saying that “the government wanted to take advantage of citizen members for green washing and legitimacy.”

Their arguments shows that the South Korean government seems to have a tokenistic approach, pretending to give advantage to socially marginalized groups, in order to create an impression of fairness.

Such approaches pose a risk of losing trust from negotiation participants and thus challenges legitimacy of agreements: The negative effect of tokenism is already visible. At COP26, President Moon proposed holding regular Youth Climate Summit events to accompany the COP meetings. However, a South Korean youth activist commented that “there are already many conferences and events for/by youth. Would it make any difference if the events were organized by the government? The point is that those with power should act, not just talk.”

At the same time, the committee’s decision was also not welcomed by the business sector. The Federation of South Korean Industries released a statement after the announcement of the target for 2030, arguing that the requests of business and economic groups to relax the target were neglected. Their reaction shows that the participatory governance approach pursued through the presidential committee is still not working smoothly, resulting in unsatisfactory responses from different stakeholders.

How to tackle the challenges

The road to energy transition in South Korea includes many challenges. The conflicts over PV panels between energy developers and farmers in rural areas are likely to escalate as more PV panels are planned to be deployed. Interest groups of nuclear energy are constantly trying to maintain and expand nuclear power in the energy mix. Yoon Suk-yeol from the People Power Party (conservative party), one of the two strongest candidates for the presidential election in March 2022, already pledged to support nuclear power plants, criticizing President Moon’s energy transition policy.

Technological advancement and innovation are important for the energy transition, but they are not enough to overcome all the challenges ahead. In order to transform the energy system sustainably, it is necessary to enhance the governance system. The closed and bureaucratic nature of many governments including South Korea will make the transition harder and slower.

While the outlook for South Korea seems difficult, it is worth noting that its governance has certainly evolved over time. For example, the Green Growth Policy announced 10 years ago was decided only through a top-down manner, leading to protests from many environmental NGOs and experts due to several controversial issues within the policy (river engineering, nuclear power, etc.). Therefore, the current Presidential Committee on Carbon Neutrality can be viewed as the evidence of South Korean governance system’s evolution. Looking ahead, efforts to render it more open and fair could accelerate more transformative changes in South Korea’s energy system.