Korea’s recent rise in solar power capacity has earned the country plaudits. But many, including environmentalists, are criticising Moon Jae-in’s solar policy, arguing that it does not go far enough. Yi hyun Kang explains why. 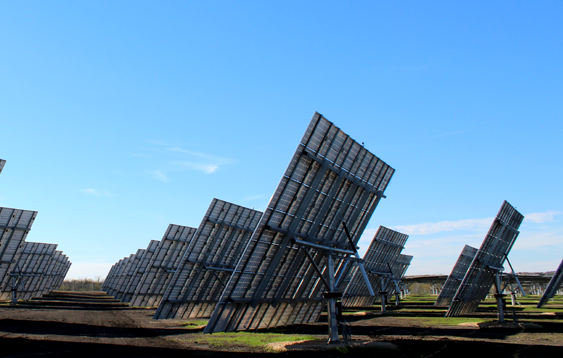 The 3020 Plan lacks participation and justice for farmers. (Photo by Parucom, CC BY-SA 4.0)

Korea’s solar power capacity has more than quadrupled since 2016, and it now has more generation capacity for solar energy than France and Belgium combined (around 18 GW). Notably, the solar PV capacity installed during President Moon Jae-in’s term since 2017 is 13,908 MW, showing that his government’s energy transition policy is paying off. This means that more than 75% of the current solar panel capacity has been installed in the last five years.

In 2017, the Korean government announced the Energy Transition Roadmap, which aims to increase the share of renewable energy in power generation from 7.6% to 20% (48.7 GW) by 2030. The Renewable Energy 3020 Plan is the detailed action plan of the roadmap. It sets the plan to expand solar and wind energy within the renewable energy mix, reducing the share of waste incinerators which take up 25% of total renewable energy capacity (3.8GW). This plan indicates that the newly installed renewable capacity will heavily depend on large-scale projects (28.8 GW) and agricultural PV in rural areas (10 GW). To encourage solar panel installation, a feed-in-tariff (FIT) was introduced, along with incentives for projects in rural areas.

Following the 3020 Plan, many solar panels have been installed on farmland. Also, coastal farmland has been transformed into solar panel fields after assessing soil salinity. However, this land cover change has sparked conflicts between farmers and landlords and solar energy developers.

The government plan overlooked the fact that more than half of farmland is rented in Korea. When landowners, who often live elsewhere, decide to use their land for solar panel installation, tenant farmers lose their livelihoods. Such gentrification is currently occurring in many rural communities now, with farmers even describing the increasing conflicts as a ‘war situation’.

Yujin Lee, a researcher at the Green Transition Institute and the former Co-Chairperson of the steering committee of Green Party Korea, argues that “the current energy transition initiative started off on the wrong foot” in an interview with a Korean newspaper.

“Renewable energy has low energy density compared to nuclear power or coal. Therefore, it is crucial to distribute the facilities on a small scale, based on careful consideration of factors such as the impact on local communities and residents’ acceptance. The lack of consideration about ‘space and agents’ during the design process of the 3020 Plan has resulted in serious conflicts.”

Besides the poor policy design, another point of criticism is that citizen participation was lacking in the decision-making process. Jungseop Kim, a senior researcher at the Korea Rural Economic Institute, said in the same interview, “there was no effort to publicize the 3020 Plan. Several years have already passed after the plan went into effect and it is now even harder to have a rational discussion with stakeholders (as there are already severe problems raised among farmers).”

Because solar panels have been installed on farming lands, concerns have grown among farmers that increasing solar energy facilities can threaten food security. In Korea, agricultural land has already been decreasing rapidly due to land-use change, and its overall food self-sufficiency rate is only about 49%. While there is no social or political consensus on how to strike a balance between food security and renewable energy expansion, tension is rising between the energy and agriculture interest groups.

Lee says that it is possible to harmonize a secure food production system and carbon neutrality if biogas and sustainable heating are combined with the energy system of rural communities. Currently, too many energy developers focus on the profits from solar PVs due to the FIT scheme, but it is necessary to rearrange the policy for a more diversified renewable strategy.

Support for community energy projects could offer another solution. The 3020 Plan indicates the plan of promoting small-scale projects through financial incentives, but this plan is separate from PV deployment in rural areas. However, if rural communities (not only landlords) have the ownership of renewable energy production and their livelihoods are secured, the acceptance of energy transition may increase. Andreas Wieg, Head of the National Office for Energy Cooperatives at the German Cooperative and Raiffeisen Confederation, emphasizes that the broad support for Germany’s Energiewende came from the widespread ownership of renewable energy production through energy cooperatives. “Local craftsmen, small and medium-sized service companies and regional banks benefit directly from energy cooperative’s business activities. This means the community investment in green energy stimulates the local economy, which is key for winning acceptance,” says Wieg.

The Korean government is now trying to address the increasing conflicts in rural areas by establishing a carbon neutrality committee under the Special Commission on Agriculture, Fisheries and Rural Policies. This is a start. But in order to reduce 40% from carbon emissions by 2030, as pledged by President Moon at the COP26 in Glasgow, it is high time the nation speeds up its transition to green energy sources.