Methane emissions from oil and fossil gas facilities are skyrocketing, potentially accelerating the severity of climate change. Nowhere is the problem worse than in the United State’s Permian Basin, the biggest oil and gas field in the now world-leading petro-carbon producing nation. Stretching from Texas into New Mexico, satellites are detecting worsening levels of methane pollution. This comes as no surprise to “Texas” Sharon, one of the world’s first methane hunters. Recording thousands of leaks with a specially designed camera, she shares her observations with lead blogger and podcaster Michael Buchsbaum. 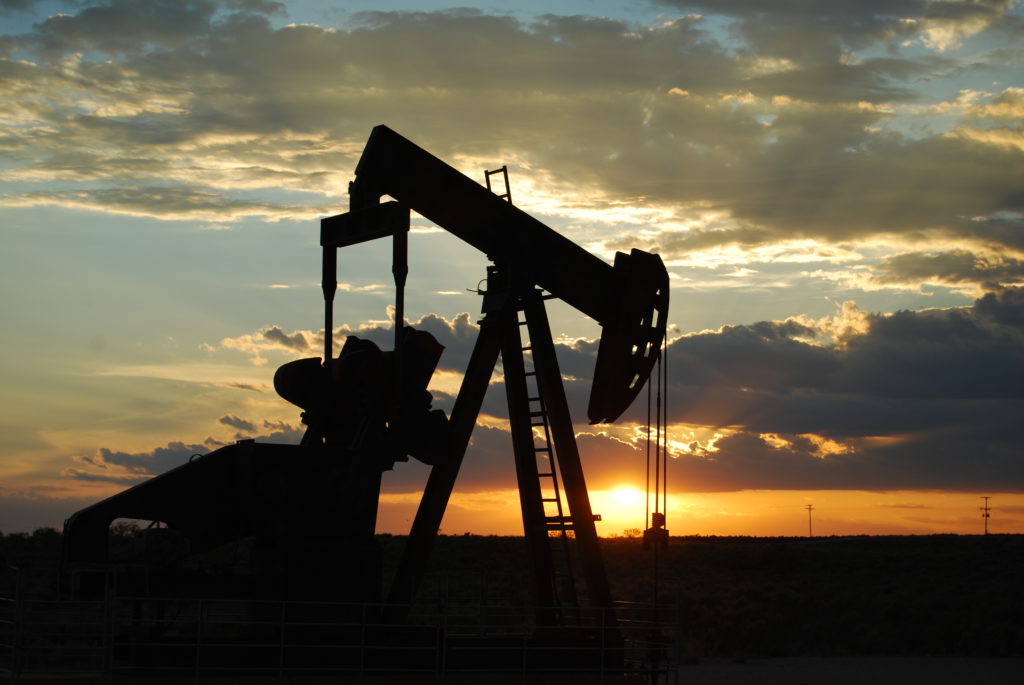 A pump jack in Texas, near the Permian Basin. (Photo by Paul Lowry, CC BY 2.0)

In the previous post in this series, we reviewed the growth of Texas and New Mexico’s Permian Basin, the nation’s largest oilfield since 2019 as well as its key role in the growing export market. Worsening methane leaks in the Permian combined with rapidly expanding production there constitutes a global climate threat.

In late January, Reuters reported that some 30 oil and gas facilities throughout the Permian Basin had spewed almost the same amount of methane over the last three years as the equivalent annual climate pollution from half a million cars.

These so-called “super-emitters” only account for .001% of the Permian Basin’s oil and gas infrastructure but emit around 100,000 tonnes of methane per year.

Using new satellite observations and atmospheric inverse modeling, EDF and Carbon Mapper have extensively reviewed methane emissions from the Permian Basin, which accounts for some 30% of total US oil and fossil gas production.

Based on satellite measurements from May 2018 to March 2019, they found that Permian methane emissions from oil and natural gas production may be roughly 60% higher than the national average leakage rate. The high methane leakage rate is likely contributed by extensive venting and flaring.

Scientists studying methane emissions in the Permian Basin estimate that as much as 3.7% of gas production is being vented and leaked into the atmosphere.

“It takes a combination of ground-based inspections and frequent advanced screening, such as aerial monitoring, to effectively find and fix these recurring sources of methane emissions,” said David Lyon, senior scientist at EDF. “We know methane can be emitted across a wide range of infrastructure and can be cost-effectively reduced with a combination of strong regulations and available technologies.”

None of EDF’s findings come as a surprise to “Texas” Sharon Wilson. Over the last decade, she has made thousands of videos of methane pollution spewing from oil and gas facilities nationwide, though mostly in her native Texas.

A certified optical gas imaging demographer since 2014, Wilson works as the NGO Earthworks senior field advocate, using the videos as evidence in official complaints to the state that industry is breaking the law.

But “even though I’m a certified demographer, that evidence doesn’t really count as anything. The oil and gas industry gets a pass where our citizens would end up in prison,” she said in an interview with Energytransition.org in late December.

Fresh from another trip into the Permian, when we caught up with her, she was still flabbergasted by what she found. “Methane is it’s just blasting out everywhere,” she said. Given all the discussion around methane combined with Biden’s statements around climate change, “I can’t even comprehend how this could be happening.”

But just the same, Texas, she says, “has long refused to regulate methane. It is it’s just basically lawless here. The industry can do whatever they want, in most cases without consequence and without the fear of consequence,” she said.

Though permitting processes do require producers to control greenhouse gases, Texas, she says, has no rules for methane. The state simply exempts methane from their oversight.

That’s possible because the federal Environmental Protection Agency delegated regulation of the Clean Air Act to the states, and Texas chose to never regulate methane.

“Though supposedly they will have to with new EPA rules on methane coming out, regulators have already sent a letter to the EPA saying that they didn’t intend to regulate methane, let alone regulating the O&G industry,” she said.

Worse, regulators both in Texas and much of the United States depend on industry’s voluntary compliance with existing rules. Why? Because of the disparity between the sheer amount of O&G wells and assorted infrastructure and the relative lack of inspectors actually going into the field, let alone inspectors using equipment to detect methane, similar to the cameras that Wilson uses.

The major regulatory agency in the Permian Basin, the Texas Railroad Commission, provides only one inspector for every 1,600 oil and gas facilities. And regulator response time to complaints is often measured in weeks and months, instead of hours or days, thus enabling pollution to continue unabated for weeks or longer even after the agency has been notified of a complaint.

And at the end of the day, Wilson asks, despite all the evidence she’s recorded and sent in, there’s hardly any real penalties being assessed when companies are found to be in violation of the law.

Though companies operating inside the Permian Basin say they are reducing methane waste. Sharon said evidence of this on the ground is scarce at best. Just the opposite, she and other researchers at Earthworks have regularly documented methane waste on a vast scale.

“I see a lot of people talking about methane leaks,” says Sharon. “But a leak implies that it’s something that is unintentional and can be fixed. But that’s not what I’m seeing.

Instead of leaks, Wilson accuses industry of “ intentional pressure releases” where the gas is either released or the production equipment will explode, causing an explosion – something that is also a relatively regular occurrence in the field. “They have releases during maintenance, releases during startup and shutdown, all intentional.

But after years of documenting the industry, Wilson goes further. Many of these methane releases “are malicious, intentional dumping in our atmosphere” conducted because “if the price of natural gas is low, then it costs them more money to transport it to market than it’s worth. So they’d rather just dump it in the atmosphere.”

As she reminds, in the Permian Basin, the target is the oil, not the gas. “When gas comes up with the oil, it’s often considered a nuisance.”

At the end of our interview, given the sheer amount she’s witnessed, Wilson reflected that “as long as the industry exists, methane levels will continue to rise. Until we stop permitting and start shutting it down, that’s when methane levels will start coming down.”