With electricity prices sky-high, at the end of 2021 Romania’s government slapped huge new taxes directly on energy producers, with one huge carve out: the tax only applies to green energy producers – fossil fuels are exempt. Worse, Bucharest amended other laws that effectively cancel the nation’s Green Certificates scheme, the only renewable energy incentives in place. Just months after agreeing to phase out coal, green investors are being punished. In this edition of Romania’s Power Move, Lead blogger and podcaster Michael Buchsbaum explains this fresh challenge to renewables. 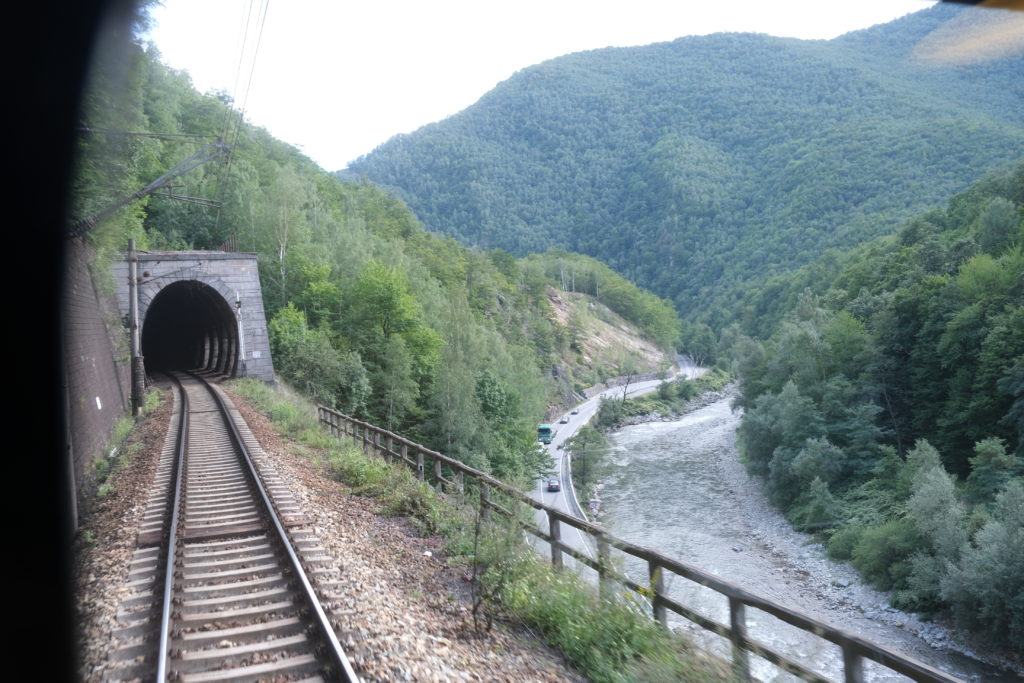 To compensate consumers for rising energy prices, Bucharest is introducing a special tax of 80% on income generated by electricity producers above a standard unit price set by Parliament.

Renewable energy advocates, many of whom just months ago were celebrating Romania’s plan to phase out coal and ramp up non-polluting power capacity, are aghast.

This new tax will significantly harm the future of wind energy there, said WindEurope CEO Giles Dickson at the 10th Romanian Energy Day in Brussels, held days after Bucharest’s decision.

They go totally against the European Commission’s advice by “making it more expensive to operate existing wind farms,” said Dickson, while sending “an extremely negative signal to those thinking of investing in new wind in Romania.”

As previously reviewed in this blog series, the nation’s newly approved Recovery and Resilience Plan as well as their Energy and Climate strategies envisage the expansion of wind generation from 3 GW at the end of 2021 to 5.3 GW by 2030 as well as a massive boost in solar.

“The new measures could jeopardize all these developments,” cautioned Dickson.

The Romanian Wind Energy Association and other renewables trade groups fear the new law undermines the economics of existing installations while tearing up the business case for new ones. In open letter, three organizations warned the new measures “will create serious financial problems for operators, potential insolvencies and possibly even the closure of renewable energy production capacities.”

One immediate effect could be delays or even abandonment of new renewable energy investments precisely as Romania needs additional power facilities to shift away from coal.

“Accelerating the green transition to reduce Europe’s dependence on energy imports is the best insurance policy against price shocks like the one we are currently facing,” they wrote.

But most concerning is the signal being sent to potential green investors. “I’m very worried that by the end of this winter, we will have even fewer renewables producers and even lower offers to meet growing energy demands,” said Ioana Ciută, Energy Coordinator at the NGO, CEE Bankwatch Romania in an interview with EnergyTransition.

“Producers see that there’s no predictability or stability in the market,” she continued. Absent the Green Certificates, “there’s basically no incentive for them to develop new projects. In fact, between 2016 and 2021, few big solar or wind developments were put into operation because existing legislation on renewables was tampered with and changed far too many times,” she continued. “At the moment, producers are already hardly getting their money back.”

In another challenge to the European Union, Bucharest may begin directly violating established law by allowing the development of small-scale hydro-electricity production within sensitive and protected natural areas.

Though the EU’s Renewable Energy Directive classifies hydroelectric power plants (HPPs) as sustainable and provides generous subsidies for their construction, if projects are not carefully sited and built, HPPs can destroy resident ecosystems.

And since Romania joined the EU in 2007, it’s river systems have been acutely affected by bad decisions. In the last 15 years, at least 545 HPP projects have been built nationwide – almost half within nature conservation areas, counter to the goals of EU environmental policy.

Worse, since most of these individual HPPs have less than 10 MW of individual capacity, they contribute only a combined 3% to the nation’s cumulative electricity generation. But according to a study led by the Leibniz Institute of Freshwater Ecology and Inland Fisheries (IGB), one of the leading international research center for freshwaters, they constitute a direct threat to Romania’s rich biodiversity.

Nevertheless, in 2020 the Romanian Chamber of Deputies (Parliament’s decision-making chamber) modified existing legislation to open up hydropower dam construction in all protected areas across the country. Going forward, new HPP projects will no longer be assessed in accordance with the requirements of EU environmental legislation, nor on a case-by-case basis.

Particularly controversial is the construction of the Dumitra HPP in the Jiu River Gorge National Park, one of the only free flowing areas. 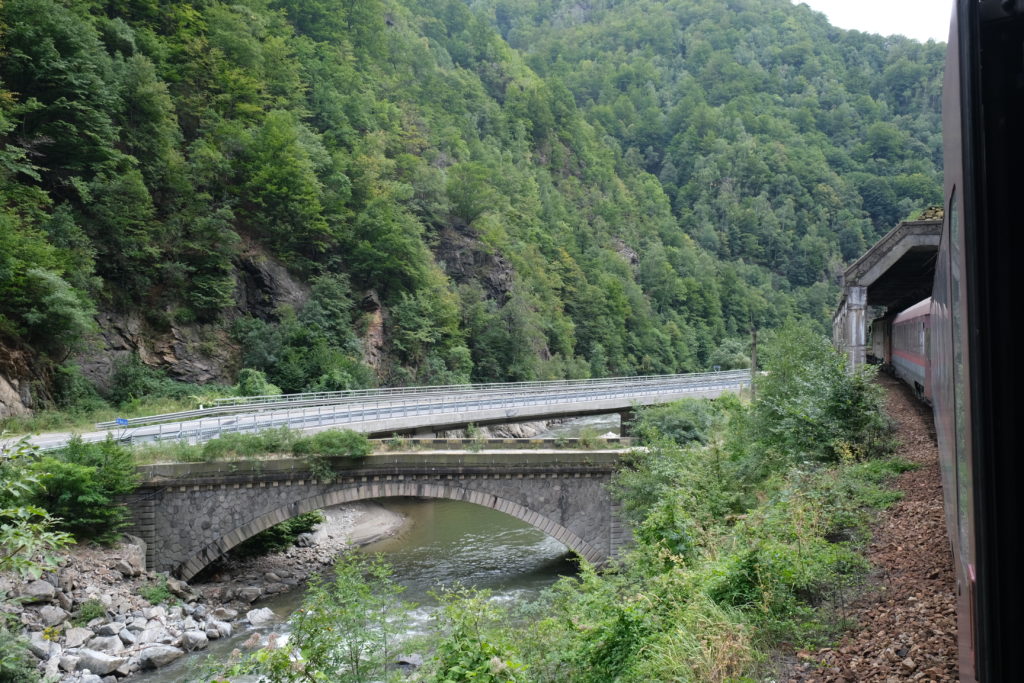 As the river gushes through the Southern Carpathian Mountains between Romania’s two major coalfields, the project will divert some 85% of its water to produce – at seasonal peak – less than 100 MW of electricity.

Following decades of lawsuits, construction was judged illegal in 2017 after the Bucharest Court of Appeal annulled the building permits.

But, Romania’s environmental protection agency refuses to recognize this legally binding ruling and is seeking to conduct new environmental assessments to obtain a building permit after all.

As part of their pressure campaign, on December 2, 2021 NGOs Agent Green, Bankwatch Romania and Eco-civica were summoned to a hearing in front of a Parliamentary Inquiry Committee attempting to determine blame for the nation’s increasing electricity and gas prices.

Bucharest’s argument is that persistent NGO resistance to these HPPs and other climate damaging projects are now driving up energy prices.

“This is an unprecedented act of intimidation of civil society and a blatant attempt to waive the law when it suits state-owned companies” said Gabriel Paun of Agent Green.

At the hearing, Parliamentary members “made no secret that they want to push ahead with the Jiu Gorge hydro project in which the state-owned Hidroelectrica company has already invested, I would say wasted – €155 million,” said Ciută.

“It was very obvious that they will look at every possible angle to make this project legal” despite it “only contributing an additional 0.46% to Romania’s annual electricity production at the price of destroying a national park and three protected areas,” she continued.

But how are Bankwatch and other NGOs directly responsibly for higher prices?

“This was never explained to us by Parliament,” said Ciută. They simply implied that today’s high prices are the direct result of NGOs preventing more capacity from coming online. Therefore “we need to import more high-priced electricity.”

What “does it say to the EU about Romania’s commitment to the so-called European Green Deal if these laws go into force?” questions Ciută. And what does it say about the EU’s actual commitment if they are not immediately challenged?

Note to readers, you can now read more and even hear excerpts of the interview with Ioana Ciută along with interviews of other NGO campaigners and Romanian energy experts throughout our new Romanian Power Move blog and podcast series