With one “diesel summit” following swiftly on the heels of another these days, we should not lose sight of the overarching mobility transition project. Cargo bike sharing should be promoted to give city dwellers more alternatives to cars, says Sophia Becker. 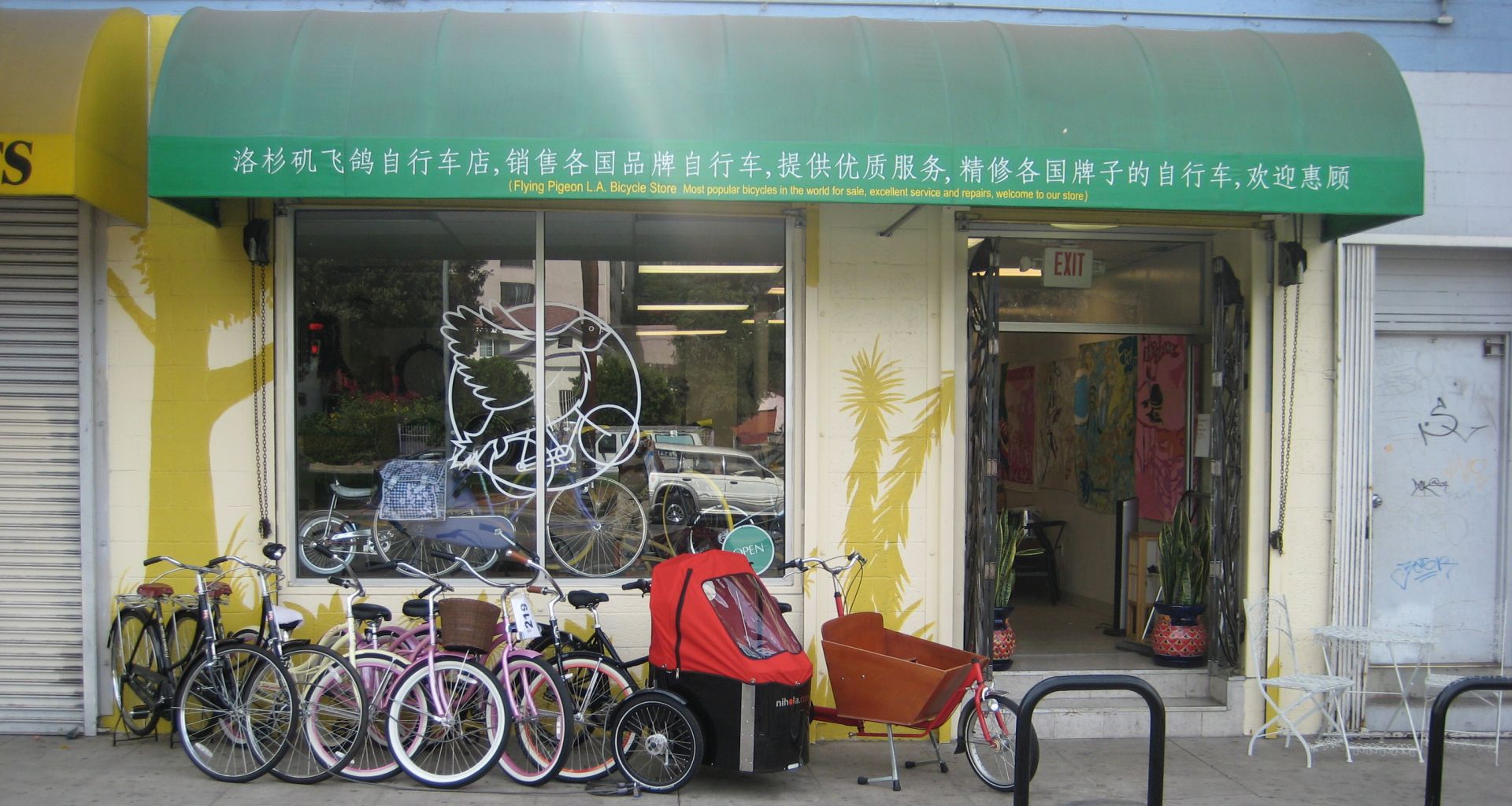 Cargo bikes are both useful for errands and sustainable (Photo by Umberto Brayj, edited, CC BY 2.0)

Let’s face it; a diesel car will never be clean. At best, it might become less dirty. While technical upgrades to diesel vehicles are essential, on their own they will solve neither the traffic problems in our cities nor the issue of dangerous emissions in the transport sector as a whole. Just like electric cars can’t be expected to fix everything. Slowly but surely a consensus is emerging that private car use must be reduced.

But how can the Germans’ abiding passion for the car be quelled? And how can cities be freed of the consequences of these mobility habits so that their inhabitants can enjoy fresher air, less noise, and a better quality of life? The search is on for alternatives to private diesel and petrol consumption. What’s clear is that we need a blend of various measures and must be willing to explore new avenues. The cargo bike represents one such avenue.

As a mode of transport, the cargo bike combines individual mobility with transport capacity and is an increasingly common sight on the streets and cycle lanes of German cities and towns – sometimes equipped with an electric drive. Nowadays, the cargo bike option is often considered in discussions of the sustainable future of commercial traffic in cities. =

Yet much less is known about the potential of cargo bikes to replace cars when used by private consumers in a sharing scheme. An ideal testing ground for such a system already exists: since 2013 a network of privately initiated and voluntarily organised cargo bike rental stations has developed almost unnoticed in Germany and Austria.

As these initiatives are oriented towards the common good, and operators do not charge set rental fees, they are referred to as ‘free cargo bikes’. Users are simply asked to make a donation to cover the costs of maintenance and spare parts. At present, a total of 134 bi- and tricycles – 40 of which are equipped with an electric drive – are distributed across 44 cities and available to rent for over 10,000 registered users. User numbers are growing, and the German Cyclists’ Association (ADFC) has also woken up to the potential of cargo bikes. It is currently helping its local groups to set up free cargo bike systems across the length and breadth of the country.

But how can cargo bike rental systems contribute in real terms to the mobility transition in our cities? And do cities need to actively promote them, as they have done in the case of classical bike sharing?

To answer these questions, the IASS conducted the first ever empirical study on cargo bike sharing in cooperation with the Real-World Laboratory at the University of Stuttgart. We presented the main findings of this study at the International Cycling Conference in Mannheim on 20 September.

First things first: cargo bike sharing reduces private car trips. Of the cargo bike users we surveyed, 46% said that in the absence of a cargo bike sharing scheme, they would have made their trip with a car. This highlights two positive effects: a behavioural effect and an ecological effect. On the one hand, we see people dropping their habits and trying out alternatives to cars (for 44% of those surveyed the cargo bike sharing experience was the first time they had ever used a cargo bike). On the other, cargo bike sharing directly benefits air quality and climate protection: in the present sample alone (931 respondents), 425 car journeys with a total distance of 5,509 km could be avoided (and thus approx. 1 ton of CO2) on the test day.

Sceptics may point out that users take a spin on a cargo bike for the novelty of it but have no interest in integrating it permanently into their daily mobility patterns. Our figures suggest otherwise: over 90% of the users surveyed said that they intend to use the cargo bikes again in future and reported that they had really enjoyed the experience. For people who would like to use cargo bikes on a regular basis, the proximity of a rental station to their homes is a particularly important factor. Only one third of the users surveyed intend to buy their own cargo bike; this points to a clear need for cargo bike sharing schemes to support occasional usage.

Good cycle lanes and parking spaces are in short supply

But it’s not all plain sailing for cargo bikes. The infrastructure of cities and towns needs to be adapted to accommodate more of them. As things stand, many cargo bike users have to contend with narrow cycle lanes that are often blocked by parked vehicles, potholes, and a lack of space on central islands. There are also not enough suitable and secure parking spaces for cargo bikes. Only one out of ten users claimed that they had experienced no infrastructural problems while riding their cargo bike.

If the intention is to make cargo bicycling an even more attractive sustainable mode of transport in cities and towns, urban planners need to start taking account of their particular requirements with regard to cycle-lane width and parking opportunities. For example, some car parking spaces could be re-designated so that up to three cargo bikes could park on each of them. However, this will only happen if the political will to make these changes exists among municipal decision-makers and if traffic planners have enough knowledge of the specific requirements of cargo bikes.

Cities have an opportunity to consciously promote cargo bike sharing

In supporting rental schemes, cities should pursue both a top-down and a bottom-up approach to make the most of their steering effect. Cargo bikes should be integrated into existing bike-sharing systems to create synergies and ensure an even spatial distribution of cargo bike rental stations. That means that the provision of cargo bikes should be automatically included in local authority tenders for bike-sharing systems, something that is likely to become reality in Hamburg soon. And cargo bikes fitted with an electric drive make a lot of sense in hilly or particularly windy regions.

At the same time, initiatives like the ‘Free Cargo Bikes’ should be supported as they help to advance the mobility transition from the bottom up and are built on strong social networks in the urban districts where they are located. This support should take the form of a financial subsidy to cover 30–40% of the costs of purchasing cargo bikes intended for communal use. This would lower the barrier for the initial investment of 3,000 to 4,000 euro for a sturdy (electric) cargo bike. Local authorities should also be amenable when it comes to the search for suitable parking spaces.

We do not yet have data on the medium- to long-term effects of cargo bike sharing on private car ownership. However, the findings of research on car sharing are promising in this regard: people who get rid of their cars when they find that their mobility needs are served well by sharing schemes reported that their personal quality of life had improved significantly.

This article was first published in German on September 19, 2017, in Tagesspiegel Background Energie & Klima. It has since appeared at the IASS blog.

Sophia Becker joined the team of the Kopernikus Energy Transition Navigation project at the IASS in January 2017. She studied psychology in Münster and Paris and was a PhD student in the Department for Sociology of Technology and Environment at the University of Stuttgart from 2013 to 2016.