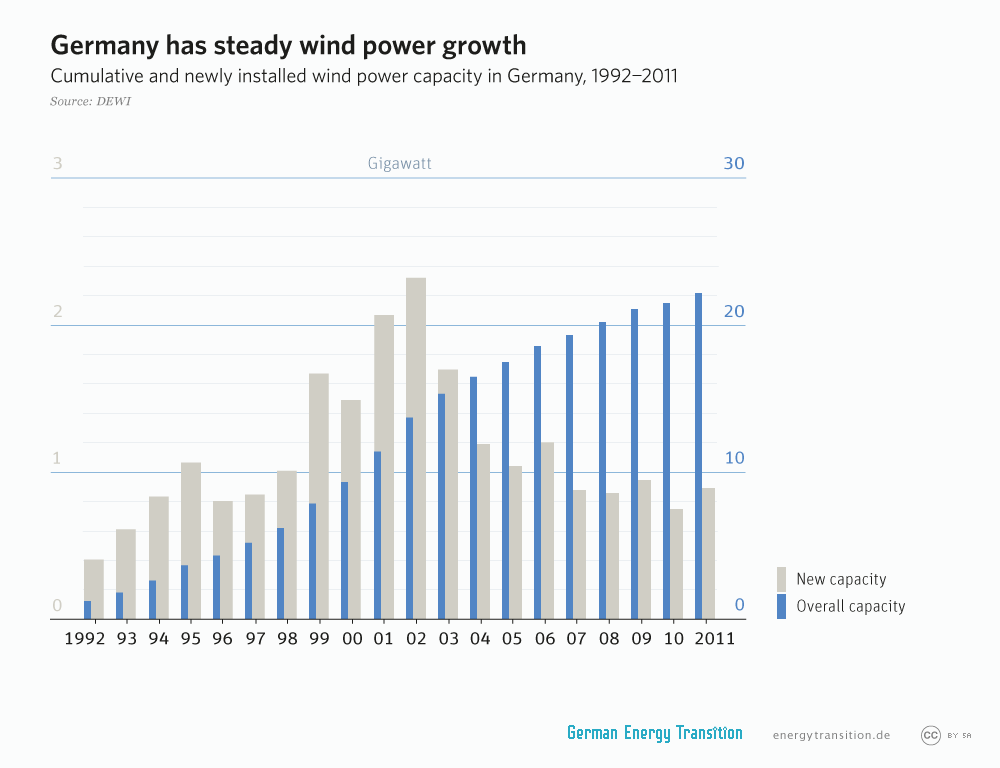 Germany’s wind sector peaked in 2002, when roughly 3.2 gigawatts was newly installed, but the market has since stabilized at nearly 2 gigawatts of new capacity per year, equivalent to 2.5 percent of peak demand (around 80 gigawatts). In contrast, the US is the second-largest wind power market in the world behind China in terms of absolute capacity, but US peak power demand was around 770 gigawatts in 2010, so Americans would have to install nearly 20 gigawatts of wind turbines each year to keep up with Germany’s performance in terms of power demand. Unfortunately, the US has never come close to reaching that level, having peaked at just over 10 gigawatts in 2009. In 2012, the US market is likely to come in far below that level.