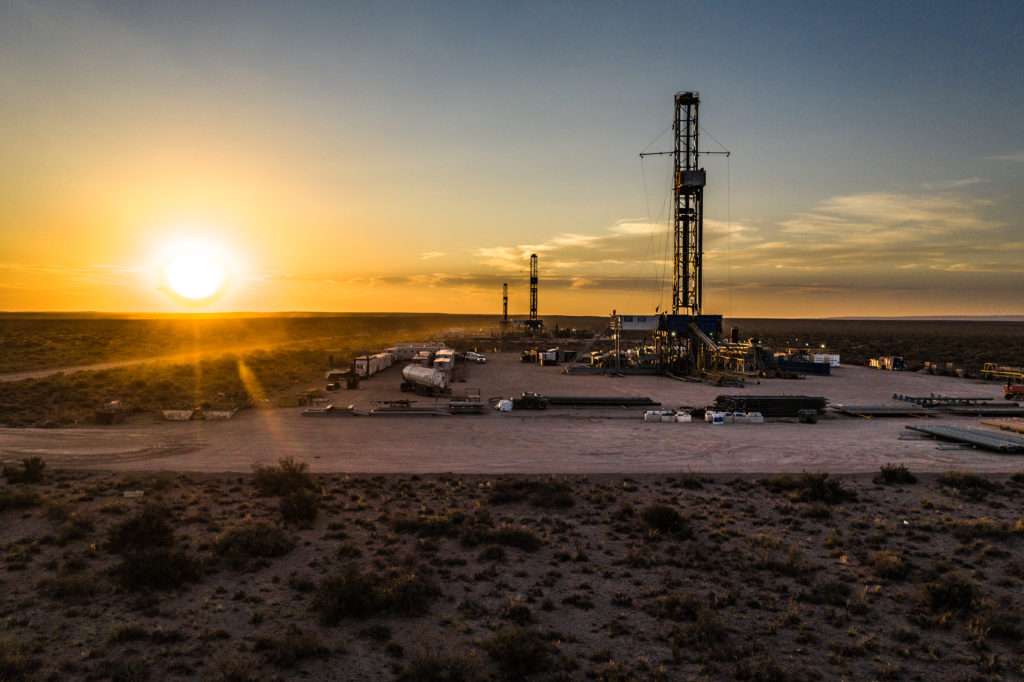 Located in the Neuquén Basin in the Northern Patagonia region of Argentina, developing Vaca Muerta’s vast hydrocarbon wealth is being touted as crucial for the nation to both reduce its reliance on expensive energy imports and to help it cut rising foreign debt while bringing in much-needed U.S. dollars.

Not a new discovery, the Energy Information Administration (EIA) estimates that the entire shale formation has a technically recoverable resource of 308 trillion cubic feet (Tcf) of natural gas and 16 billion barrels of oil and condensate.

To put that into perspective, the EIA considers Vaca Muerta’s non-conventional gas resources to be comparable to the giant Eagle Ford reserve in Texas, one of the world’s largest.

But Vaca Muerta’s potential is only increasing as improved drilling and recovery techniques are applied. And the EIA’s estimates do not take into account the vast “unconventional” or “frack-able” gas and oil under the region’s tired earth.

However, as the new report by the NGO 350.org Argentina, “Vaca Muerta: an oil and gas trap” warns, if fully exploited and burnt, all those hydrocarbons will release into the atmosphere a massive volume of carbon dioxide, equivalent to at least 11.5% of humanity’s remaining carbon budget to keep us below 1.5 degrees of warming by mid-century.

Nevertheless, spurred on by this year’s energy crisis, drillers are accelerating fracking activities. During the second quarter of 2022, unconventional oil and gas production rose by about 50% and 80%, respectively compared to the same period last year.

To help spur them further, Argentina’s government and state-owned energy firm YPF, with the help of international financing, are constructing a major new pipeline from Vaca Muerta to Buenos Aires.

Not only will this help boost transport capacity, it will help secure investments in new liquefied natural gas (LNG) terminals which will then enable Vaca Muerta’s gas to enter international markets, particularly lucrative European ones as energy firms seek alternate supplies following Russia’s invasion of Ukraine.

With energy supply markets in turmoil, in May 2022, Argentine President Alberto Fernández visited the Spanish Prime Minister Pedro Sanchéz and the German chancellor Olaf Scholz to discuss Argentina’s desire to build an LNG infrastructure in the hopes of securing new trading partners.

As the globe faces “an unprecedented energy crisis because of a bellicose war” said Fernández, “We have the energy that the world needs and will need in the future.”

Though the energy supply problems and steep price increases stemming from this conflict are “tragic,” Fernández said it also provided Argentina with “an opportunity.”

In late October, Reuters reported that European Union foreign policy chief, Josep Borrell and the EU were close to landing a long-term export deal. During his visit to Argentina, Borrell told journalists that “we are making progress on a memorandum of understanding for energy issues. I hope it can be completed soon. We are not talking about years or months: there is a clear mutual interest.”

Since the first cargoes of LNG from Vaca Muerta were exported in 2019, oil exports have grown significantly in both volume and value.

According to the previous Argentine administration’s National Energy Plan published in 2019, export revenues from Vaca Muerta could soon outweigh agricultural exports, exceeding a total of USD 34 billion by 2027.

But to achieve this goal, extraction would have to double through 2024, reaching 260 million cubic meters of gas per day on top of one million barrels of new daily oil production, with the aim of exporting 50% of this oil and 38% of this fossil gas into international markets.

Currently, less than 5% of the Vaca Muerta basin is under oil and gas development. Though several majors like Total Austral, Shell, Petronas, Wintershall, Equinor, ConocoPhillips and Chevron are participating in this rush, the biggest producers are Argentina’s national oil company, YPF, which accounts for almost 45% of total production, followed by Pan American Energy – a partnership between BP and China’s national oil company (CNOOC), which has about a 20% production slice. And all are poised to increase their investments.

Despite the environmental and climate risks, the rush to develop Vaca Muerta has been sold to Argentina’s population as a necessary way to help it achieve energy independence as well as escape the stranglehold of foreign debt.

But 350.org’s report criticizes the controversial role of the World Bank (WB) and the International Monetary Fund (IMF) in pushing this “false narrative.” The authors refute the banker’s claims that significantly expanding energy exports will help Argentina repay its external debts or service the interest on it, which combined represented 90.2% of the country’s GDP in 2019.

“The companies, banks and governments involved in oil and gas activities in Argentina are declaring every day, through their actions, that their earnings matter more than the well-being of our species and all other species on the planet,” says activist Victoria Emanuelli, 350.org’s Latin America campaign coordinator.

By focusing only on projected profits, the banks and the political narrative are ignoring the social and environmental harm that Vaca Muerta’s exploitation is already causing throughout the region, particularly to the Indigenous communities of the Mapuche people now forced to deal with the long-term costs of biodiversity loss, potential water contamination and the toxic legacies of petro-colonialism.