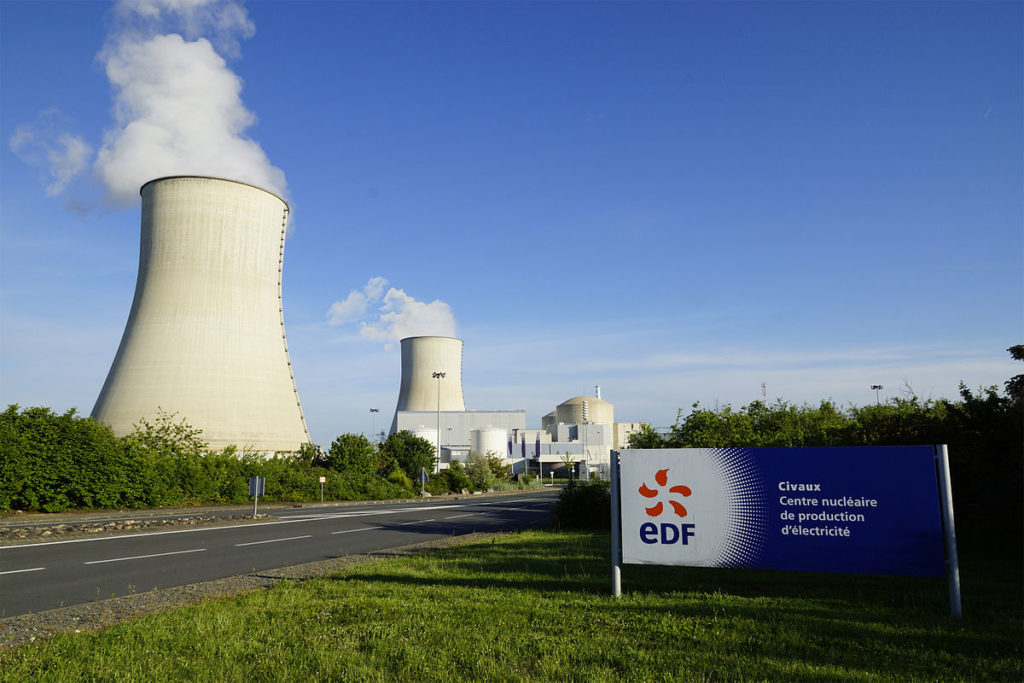 Nuclear energy’s proponents regularly claim that among the technologies’ many benefits, it is well suited to provide round-the-clock balancing support for intermittent renewables. After all, they say, solar and wind power are weather dependent and nuclear isn’t, thus it will always be there when the sun isn’t shining and the wind is still.

Take this 2019 statement by the International Atomic Energy Association (IAEA): “Nuclear power can generate enormous amounts of reliable, carbon free electricity. It works day and night, at all times of the year. This stability is the reason why nuclear power has typically been used as baseload—operating continuously with little if any variation in output. Some nuclear power plants [Small Modular Reactors, SMRs], however, now contribute to the stability of electricity grids by backing up the intermittent output of renewable sources through flexible operation or load following—adjusting production as electricity demand fluctuates.”

Of course, in light of France’s acute energy crisis this year – currently over half of its nuclear is down – it’s hard to call nuclear power reliable. And there’s plenty of evidence that nuclear isn’t carbon-free, either. A 2014 Intergovernmental Panel on Climate Change (IPCC) report, for example, which takes into account the entire life cycle of a nuclear power plant, estimates a range of 3.7 to 110 grams of CO2 equivalent per kilowatt-hour. And the SMRs generate more CO2 during construction than those built in previous decades, due to stricter safety regulations, Ben Wealer of the German Federal Office for the Safety of Nuclear Waste Management (BASE) told Deutsche Welle.

But Couture, a Canadian national who has lived and worked in Berlin for over a decade, takes issue with the contention that nuclear segues well with clean energy, even the smaller SMRs. “Nuclear power and variable renewables like solar and wind are like oil and water. They don’t mix, at least not well,” he says.

Even the SMRs that the IAEA touts, says Couture, do not ramp up and down easily. “Nuclear is inherently inflexible, and to accommodate the variability of wind and solar output, what we ultimately need is both flexible sources of supply, and greater flexibility of demand. The presence of nuclear actively hinders both.”

Couture explains that they compete against each other rather than working together. Nuclear, he argues, “wants to operate as much as possible, while solar and wind want to be dispatched all the time, for the simple reason that they have a near-zero marginal cost and outprice everything else on the market. Put those two together and you have the following situation: as soon as you reach modest levels of variable renewables in the mix, one of two things starts happening: either solar and wind start pushing out the nuclear, or nuclear starts pushing out the solar and wind. Like oil and water,” he says.

And Couture is not alone in his analysis. A University of Sussex Business School study concludes that nuclear and renewable energy programs do not tend to co-exist well together in low-carbon energy systems but instead crowd each other out and limit effectiveness.

Beleaguered France and its nuclear developer EDF, Couture underscores, is a case and point. “What many nuclear engineers, and much of EDF management, seem to have failed to appreciate is that power systems in the future need one thing, and lots of it, and that’s flexibility.” And flexibility, he says, is one thing that nuclear is ill-equipped to provide. “People who work in power markets know this,” says Couture, “but it merits underscoring: nuclear is the least flexible power source on the grid.”

As a result, France has one of the most inflexible power systems in the EU, and as we’ve seen recently, one of the most brittle, he says. “While other countries across Europe are making headway in increasing the flexibility of demand, accelerating the digitalization and real-time operation of the power system, including appliances, loads, and metering, France is lagging behind. EDF and its management have bequeathed an ossified, inflexible power system to future generations of French citizens, a power system that is going to be increasingly vulnerable to interruption due to maintenance- and climate-related risks and events (low water levels in rivers, lack of cooling water, brittle pipes, etc.)”

Keeping in mind that the average age of France’s nuclear fleet is 37 years old, Couture argues, the entire fleet is at a heightened risk of malfunction in the years ahead.

The inability of nuclear power to ramp down effectively to “make room” for cheap wind and solar is one of the main reasons why France’s own domestic renewable energy development has lagged its peers, and why it has only belatedly and begrudgingly allowed the expansion of interconnections with the Iberian peninsula, argues Couture. “EDF doesn’t want all this low-cost solar and wind from Spain and Portugal entering their system, and getting in the way of their nuclear fleet. It took a lot of arm-twisting and some EU funding to get a new power line built in the last year or two.”

Now, what does this mean for today?

France – and by extension, Europe’s – power supply crunch would be far less acute if France had allowed greater interconnection capacity to be developed to the Iberian peninsula, i.e. if nuclear had been able to “make more room” for wind and solar in the system, says Couture. “The inability of France’s nuclear fleet to make room for wind and solar in this way has thus exacerbated the continent-wide power supply crunch we’re now seeing. And now that the tide is going out and over half of France’s nuclear fleet is down, we can see clearly how vulnerable France’s nuclear build-out has ultimately left it.”