Fundamental to Germany’s Energiewende is its long-planned nuclear energy phase-out. For over a decade the nation has gradually reduced its reliance on atomic power with a planned end date of December 31st 2022. But Russia’s invasion of Ukraine, the subsequent boycotting and weaponization of Russian fossil fuels, plus fears of a cold winter have upended the nuclear exit-strategy. With three plants still online in October, Chancellor Scholz decided to extend their runs until the following April. But delegates at the Green Party’s recent congress in Bonn overwhelmingly voted against backing any measures allowing the purchase of new fuel rods to further extend their runs. And as lead blogger and podcaster Michael Buchsbaum reminds in this second piece on Germany’s fractious nuclear exit debate, despite the ongoing war, it’s still possible that uranium for any new rods would be imported from Russia. 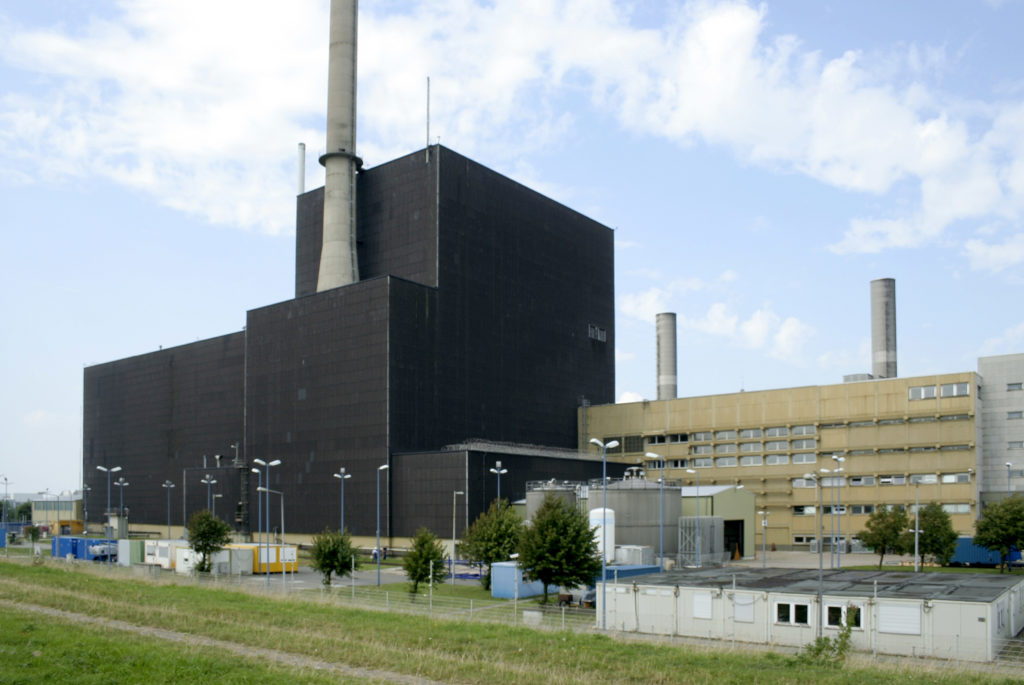 As a fresh reminder of how dangerous nuclear facilities can be, in early October a “small” amount of radioactive material leaked as a discharge line was being flushed at the long-shuttered atomic power plant in Brunsbüttel. Closed since 2007 and decommissioned at the end of 2018, the spill occurred during ongoing dismantling activities.

Days later news broke that a pressure valve in the cooling circuit of the Isar 2 nuclear plant in Bavaria, one of two facilities still running in southern Germany, was also suffering from critical valve leaks.

Though the plant’s operator E.ON had previously assured that Isar could run at full capacity until the end of the year, subsidiary Preussen-Elektra now says the situation is so severe that repairs must be conducted in October, or Isar could not safely operate beyond 2022.

Incensed that she was not briefed by Bavarian state officials before learning about this in press reports, Federal Environmental Minister Steffi Lemke (Greens), whose portfolio includes nuclear safety, intimated that perhaps their pro-nuclear government had purposely kept the matter quiet out of atomic-energy partisanship.

The leak makes it clear “that questions of security requirements are being systematically ignored in the political debate,” criticized Lemke. “For me, the new twist is also a confirmation that an extension of the [operating] term by three to four years is not responsible and is not simply possible,” she said in a press statement.

Hoping to find a way out of the nuclear imbroglio, weeks earlier Economy and Energy Minister Robert Habeck (Greens) suggested that, following a grid “stress test,” if any nuclear plants were still deemed critical to maintaining stability, they could enter an emergency energy reserve, providing power when needed.

But in mid-October, to settle a worsening inter-ministerial debate between coalition partners, Chancellor Scholz used his executive powers to determine that, going forward, all three plants would continue feeding into the nation’s electricity grid.

Moreover, instead of entering a power reserve, they should “produce as much as they still can – directly and without further detours,” Scholz wrote over Twitter.

But only through the winter.

Nevertheless, for the plants to operate through April without new nuclear fuel, they will have to “stretch” their fuel rod usage by reducing their output, a procedure plant operators at both Isar and Neckarwestheim are on record as saying they are unclear how to effectively conduct.

Green environment minister Steffi Lemke, whose ministry is responsible for nuclear safety, said the extension would not change Germany’s nuclear exit plan in general. “The nuclear phase-out stays,” Lemke said also over Twitter, adding that there would be no further extensions and no new nuclear fuel rods would be purchased for German reactors.

This echoes a decision made at the Green’s mid-October party gathering in Bonn, where party delegates voted to rule out any new fuel rod purchases. Any long-term investments in nuclear power “is a red line” for us, said Green co-leader Ricarda Lang.

Though obviously frustrated, Habeck told public broadcaster, ARD, that he accepted and could live with the chancellor’s decision since it would only be a temporary measure.

Towards the end of 2023, Habeck remains confident Germany will be more prepared for the current energy crisis. By then “We will be able to import significantly more gas, also via our own LNG terminals (liquefied natural gas). The electricity grids will be strengthened and the transport capacities increased. There will also be additional generation capacities on the grid, especially for the use of renewable energies,” said Habeck.

Crucially, if somehow a decision is made to extend these plants’ operations beyond April 2023, Germany might then have to essentially plead for more of the Russian-supplied enriched uranium that several of the plants’ reactors currently run on. (Note: over the last two decades, successive governments have repeatedly found reasons to extend nuclear operations.)

According to studies by several NGOs, as late as 2020, at least 40% of the uranium EU countries use for their reactors originated either in Russia or allied Kazakhstan. Additionally, many of these plants are calibrated to only use the hexagonal fuel elements provided by the Kremlin-controlled firm, Rosatom, the second largest uranium producer in the world.

PreussenElektra has confirmed that several reactor units in at least two of the three remaining nuclear plants are powered by Rosatom uranium.

Not to be forgotten, months after Russia’s invasion of Ukraine, uranium deliveries from Rosatom into the EU and Germany face no sanctions and continue unimpeded.

Once fuel shipments land in Rotterdam, they are sent to a fuel rod factory in the northern German town of Lingen that’s owned by a subsidiary of French-state controlled energy firm, EDF. And in turn the factory supplies EDF’s nuclear plants in France as well as reactors in Belgium, Switzerland, the Netherlands, the UK, Spain, Sweden and Finland with new rods.

As Chancellor Scholz looks past April, perhaps the safest way to replace the electricity these contentious nuclear plants generate would be to demand that Bavaria immediately repeals its restrictive anti-wind measures and take emergency measures to extend the long-stalled main grid networks further south.

By so doing, not only will Scholz prevent Germany from remaining dependent on energy weaponizing megalomaniacs, but he’ll ensure that the backbone of the Energiewende is finally in place.

As of press time, the full German parliament still has to agree to the proposed nuclear extension to make it legal. But that should occur within the coming weeks.