As our planet warms, cooling technology becomes ever more relevant. Staying comfortable doesn’t have to come at the expense of the climate. Paul Hockenos reviews. 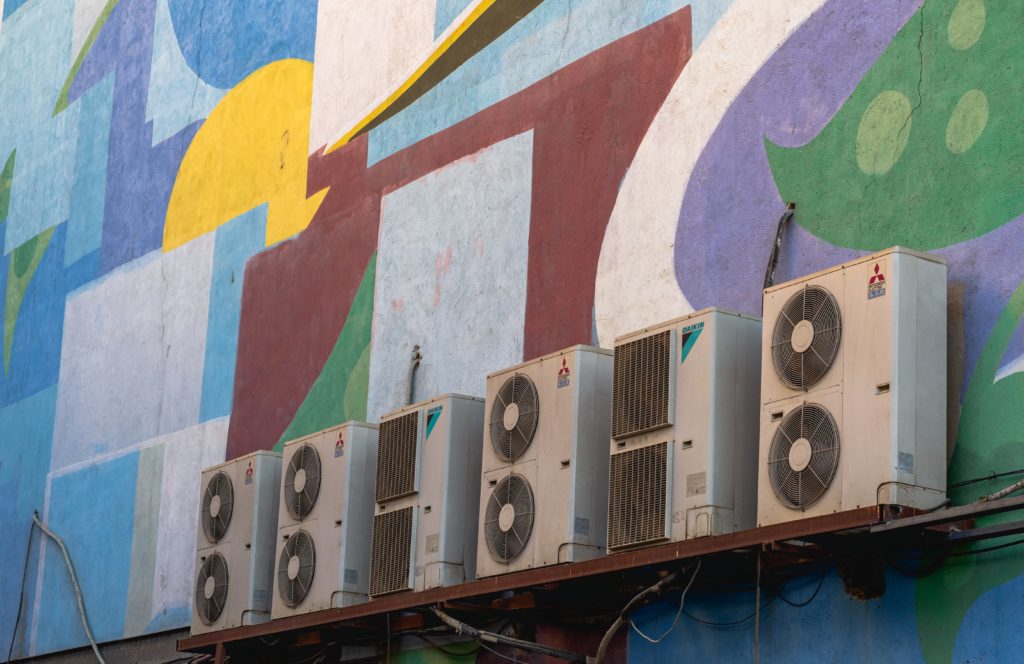 With technology and strategies it is possible to keep cool while spaving energy. (Photo by Ashkan Forouzani, CC0)

This sweltering summer – among the hottest on record, according to data from NASA – had people worldwide either investing in air conditioning (AC) system or at least thinking about it. After all, the Northern Hemisphere experienced its second-warmest summer ever and in these conditions staying cool isn’t a luxury, but in some cases a lifesaver.

Although Germany is a bastion of AC skepticism, with only 3 percent of the population owning a cooling system, this is changing with the weather. Of course, it’s still a long way from the US, where a full 90 percent of people have AC installed in their homes. In Europe, the figure was under 5 percent of homes in 2019, but is certainly higher now.

Over the last three years, there’s been a wild run on cooling units. Since 2000, when temperatures began to spike noticeably, the numbers of homes and businesses worldwide opting for AC has risen steadily. “Global space cooling demand continued to grow in 2020, driven in part by greater home cooling as more people spent more time at home,” concludes the International Energy Agency  (IEA).

Yet, the world’s embrace of AC is directly relevant to the climate equation as it could dramatically aggravate the very ill that it presumes to soothe. This is called the vicious circle of air conditioning.

The fact is that conventional AC is an extremely energy intensive means of space cooling. As different as systems can be, every one has a compressor that uses the lion’s share of the energy as it increases the pressure on the system’s refrigerant by compressing it. At higher temperatures, this refrigerant expels heat from your home so that it can eventually cool down. These units are essentially heat pumps, which pull warm air out, enabling cooling to happen inside. Usuallyrun on electricity – though larger systems can also be powered by excess heat, natural gas, and direct solar energy – this process requires considerable energy.

The IEA claims that air conditioners and electric fans accounts for 20 percent of the total electricity used in buildings around the world today. According to the World Bank, cooling tech such as room air conditioners, refrigerators, and other devices chalk up as much as 10 percent of all global greenhouse gas emissions. This is more than double the footprint of aviation and maritime together! At this rate, cooling emissions could double in eight years and triple by 2100, according to a CNN report.

But this vicious circle isn’t an iron logic that condemns us all to ever more unbearable summers.

The means to break it lie in our hands: with technology and strategies to keep cool without making everything even hotter.

For one, heat pumps are a low-carbon alternative not only for switching our energy systems from gas to power – one of Europe’s preferred means to kick the gas habit, and Vladimir Putin’s Russia with it. Energy efficient heat pumps can also, of course, run air cooling systems and much more frugally than conventional generation. And when they’re powered with renewables, well, all the better.

No less than the US Department of Energy is plugging them: “Heat pumps offer an energy-efficient alternative to furnaces and air conditioners for all climates.” And this is how they work: “Like your refrigerator, heat pumps use electricity to transfer heat from a cool space to a warm space, making the cool space cooler and the warm space warmer. During the heating season, heat pumps move heat from the cool outdoors into your warm house.  During the cooling season, heat pumps move heat from your house into the outdoors.”

Since high-efficiency air-source heat pumps dehumidify better than standard central air conditioners, they result in less energy usage and more cooling comfort in summer months. The major drawbacks are that they’re expensive (€10,000 to €20,000, although prices will come down as economies of scale come about), hard to install, and impossible for individual apartment dwellers to install on their own. (A whole apartment building would have to invest in a heat pump system.)

Of course, it’s with heating in mind that the German government and energy experts are advocating their uptake in Europe – as speedily as possible. The government wants to have 500,000 new units a year installed from 2024. Generous subsidies cover up to 35 percent of the installation costs in old buildings, and, when an oil burner is made redundant, 45 percent.

But for those who can’t or don’t want to invest in a whole new heating and cooling system, affordable, energy-efficient air cooling units are available at competitive prices. A switch to high-performance AC units could slash cooling energy demand in half, argues the IEA. More than 80 countries already have minimum energy performance standards for air conditioners – and these could be improved upon.

Moreover, passive cooling strategies, long the norm in the Mediterranean and other places accustomed to scorching heat, entail natural ventilation and shading: opening windows at night and lowering the blinds in mid-morning. According to one study, passive cooling could reduce air con energy demand by 70 percent.

But there are other sustainable options, too. Geothermal cooling, smart architecture, and solar thermal cooling systems can all be part of an overarching solution to global warming. More efficient buildings, designed with state-of-the-art insulation, increased air flow, and cool roofs, cut down significantly the need for mechanical cooling.