Led by reformer Gustavo Petro, Colombia’s new leftist government, the first in its long history, aims to both reduce its dependence on fossil fuel exports and achieve 100% clean electricity by 2032 while creating peace and creating economic prosperity. But to ensure these aims can justly be reached, Petro’s administration will need assistance, particularly from Germany. Its fifth largest trading partner and biggest in the EU, new treaty obligations to protect indigenous rights and control supply chains may force Germany to re-evaluate its still extractivist behavior. In the final piece in the series, Lead blogger and podcaster, Michael Buchsbaum reviews several of the necessary changes required of the German companies still profiting off the mining and burning of Colombian blood coal. 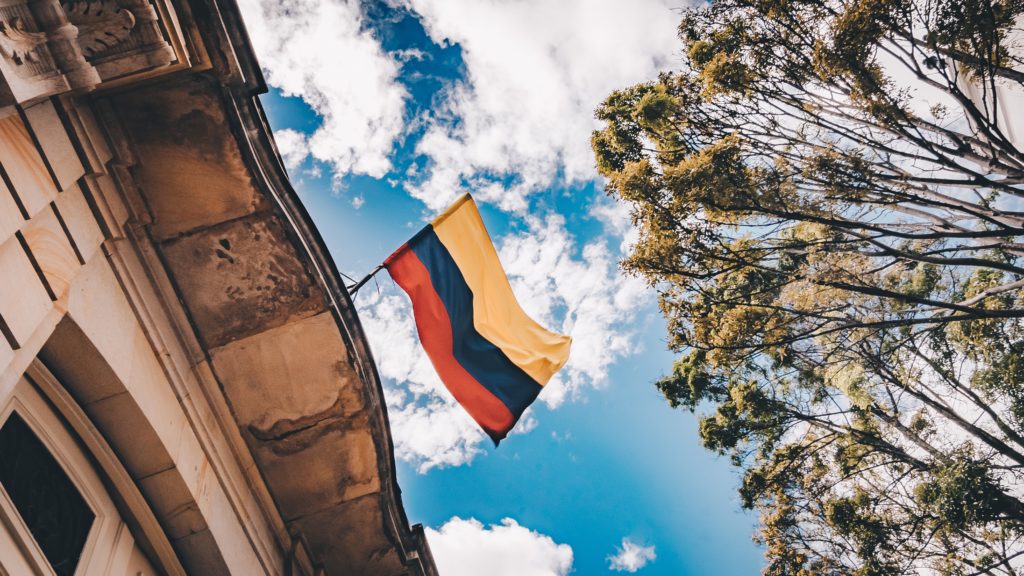 How can Germany assist Colombia to transition away from coal? (Photo by Flavia Carpio, CC0)

While on the campaign trail, Petro promised to reduce his nation’s economic reliance on fossil fuel exports and instead focus on developing its vast wind and solar energy potential and re-directing foreign policy towards taking more aggressive measures to protect biodiversity, the Amazon rainforest and addressing global warming.

But getting there will require other global nations, particularly Germany, its fifth largest trading partner and largest within the EU, to review its policies, new treaty obligations to protect indigenous rights, and new supply chain commitments.

Getting to 100% renewable energy

At a recent global energy transition conference organized by the Confederation of German Industry (BDI), in Berlin, Germany, Colombia’s Deputy Minister of Business Development, María Fernanda Valdés, declared that Colombia’s economy will be powered by 100% clean energy within ten years.

Her statement follows upon Petro’s pledge that once in office, he would halt all new on- and off-shore oil, fracking and gas development activities as well as stop construction of new large-scale open-pit coal mines.

But there are constraints to these measures.

Though “Colombia is unique in its desire to move towards an economy that is not dependent on extractivism, with the economic system that we have, we cannot develop if we do not continue to produce oil and coal,” Valdés continued.

Additionally, even though her government intends to reduce coal exports, up significantly as European and German firms use Colombian coal to replace banned Russian supplies, Valdés promised that shipments will continue for the time being out of “solidarity.”

Aimed at increasing the share of solar and wind power in the nation’s energy mix from 0.2% to 12% over the next few years, investments will also be directed into decentralized photovoltaic systems, thereby enabling populations in remote regions to connect to the grid.

Publicly vowing that Germany will increase its commitment to green and fair development, she chose not to address the new bilateral coal import deal struck by Chancellor Olaf Scholz with Colombia’s then-President Ivan Duque months earlier.

Though Schulze did take time to meet with civil war victims, disappointingly, she chose not to speak with those adversely affected by coal development. Nor did she visit the massive El Cerrejón coal mine. The largest open pit in Latin America, it is both one of Colombia’s greatest sources of wealth as well as of its suffering.

The only international instrument dealing comprehensively and specifically with the rights of indigenous and tribal peoples, a key component of the convention is that industrial activities, such as mining, can only take place after proper consultation.

Under ILO 169, the German government is also bound to assume a responsibility to pay close attention to the conditions under which imported raw materials are mined as well as to take a position advocating for the consistent application of the Convention to protect Indigenous rights.

But as we covered previously, expansion of Colombia’s coal production constitutes a major threat to various Wayuú and Afro-Colombian communities.

Importing coal from El Cerrejon “would violate the ILO Convention” given that indigenous people’s social, cultural, religious and spiritual values must be taken into consideration, said Günter Wippel, of the NGO HUMAN RIGHTS 3000 eV.

Putting additional pressure on Germany, in 2023, the new Supply Chain Act will also come into force.

Legally mandating that all German enterprises respect human rights within their global supply chains, the law requires that companies headquartered or with significant operations in Germany must protect human rights wherever they do business or import from.

Defining new due diligence and risk management obligations, going forward German coal importers will be required to select their foreign partners based on whether local environmental and human rights standards are being observed.

These new regulations will apply to most of Germany’s big energy producers like Steag, EnBW, RWE and (now state-owned) Uniper — all currently increasingly burning Colombian coal.

“We cannot on the one hand stop buying coal from Russia because of war and fears of human rights violations in Ukraine, and then, on the other hand, turn to Colombia and start buying coal there, where we know there are also ongoing human rights violations,” said Constantin Bittner, a campaigner with Misereor, the international aid organization of the Catholic Church in Germany. “This can’t be the way we do business.”

With ILO 169 now in force, “the German government must assume its extraterritorial state obligations” including monitoring the conditions under which imported mineral raw materials are cultivated and mined,” said Marian Henn, Referent for Latin America, FIAN Deutschland.

“In case of violations, import bans must be enforced if necessary, or legal action by those affected must be permitted,” continued Henn.

This also applies to investments being made or resulting from the GIZ and KfW loans for renewable energy development.

But to ensure this, there needs to be a legal framework, an inter-departmental strategy and staff capacity to check that these new standards are met. Yet, both Henn and Bittner fear that Germany’s current federal budget does not allocate sufficient funding for such a control authority.

Nevertheless, given the aims of Colombia’s new government, these additional treaty obligations and Berlin’s own environmental leadership goals, “this should be the point where Germany opens the discussion: ‘How we can assist you in Colombia to transition away from being a coal supplier for the Global North?’” suggested Bittner.