Energy storage becomes all the more indispensable to carbon-neutral transitions, the more wind and solar power enter the energy mix: to absorb excess supply and balance the grid at times of high demand. But there’s more than pumped hydro and batteries out there. Paul Hockenos with an overview on current and new energy storage options. 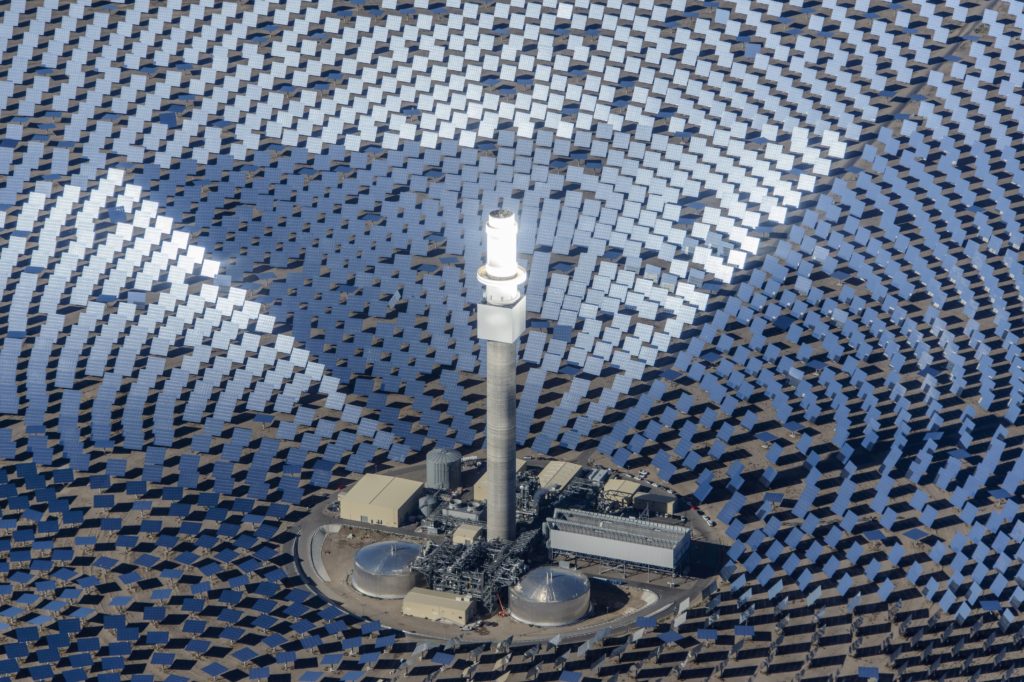 On a utility-scale, storage capacity can obviate the operation of less efficient generating units – for example, costly gas-fired plants – that run only at peak times. And the added capacity that electricity storage provides can make the expansion of grid infrastructure superfluous. A lack of storage capacity can even lead to excess electricity, say generated by wind farms during a particularly gusty week, to be wasted completely – because it has nowhere to go.

Pumped-storage hydroelectricity (water pumped with electricity to a higher altitude and then released through turbine-run generators) is the main utility storage medium worldwide, but its site-specific and most everywhere at its upper limit now. In other words, most of the suitable locations for pumped hydro are already in use or can’t be used for environmental reasons.

Utility-scale battery storage, using lithium-ion batteries, is surging in the US and Europe, despite the grave problems around their component materials: lithium, cobalt, and nickel. In the face of massive global demand, their cost is high, and one day, by 2050 at the latest, there simply won’t be any lithium left to mine.

But there’s no more wide-open, innovative, and vibrant field today than storage; and it’s not just alternative batteries but also other storage technologies – beyond pumped hydro and batteries. The fact is: we still don’t know what is going to follow lithium-ion batteries – another kind of battery, maybe, or another technology. And there are many in the running.

For example, there’s compressed air energy storage (CAES), a well-known technology in Germany and the US, where it’s been used for decades. But a Canadian start-up has put a new twist on it, smoothing rough edges and catapulting it into competition with batteries.

This is how CAES functions: electricity compresses air at up to 1,000 pounds per square inch and stores it, often in underground caverns. When market demand is high, the pressurized air is released to generate electricity through an expansion turbine generator. In Egypt, experts sing its praises for balancing an energy grid with ever greater volumes of wind power. The US investment bank Goldman Sachs has bet big-time (a quarter of a billion dollars) on the energy storage firm Hydrostor. It has up and running a new, cutting-edge CAES system that is zero-emission and uses rock caverns, in contrast to conventional CAES, which uses natural gas to heat water in abandoned salt caverns.

The bottom line: CAES boasts high storage capacity that makes it suitable for balancing power systems run on wind and solar energy. Their main disadvantages are carbon emissions (use of natural gas for heating up the air for the expansion stage). Also, CAES is less energy efficient than other storage options: Compressing and decompressing air results in energy losses, and thus an electric-to-electric efficiency of only 40-52%, compared to 70-85% for pumped hydropower plants, and 70-90% for chemical batteries.

Another technology is the flywheel, which is a spinning rotor – essentially a kind of mechanical energy storage that humankind has used for centuries. Think: the pottery wheel. Electricity is used to accelerate the flywheel through which energy is conserved as kinetic rotational energy. When the energy is needed, the spinning force of the flywheel is used to turn a generator. Some flywheels use magnetic bearings, operate in a vacuum to reduce drag, and can attain rotational speeds up to 60,000 revolutions per minute.

Just this year, a team of researchers from the Technical University of Dresden constructed a flywheel energy storage system with a capacity of 500 kilowatt hours and an output of 500 kilowatts – five times larger than a customary rotation kinetic system.

The bottom line: Flywheel energy storage systems are feasible for short-duration applications. The bad news: the bearings eventually wear out.

And then there’s thermal energy storage, which like compressed air storage and flywheels is essentially nothing new to the world.  Here, electricity can be used to produce thermal energy – for example by heating molten salt, aluminum, silicon, or even rocks – which can be stored there until needed. Because of their capacity to generate high temperatures of heat, state-of-the-art concentrating solar power (CSP) plants, like that of the Crescent Dunes CSP power tower plant in Nevada, use molten salt as their storage material.

Or, the same principle works with cold. Electricity can chill water or freeze ice during times of low demand and later be employed for cooling during periods of peak electricity consumption. In Los Angeles, the firm Ice Energy provides 26 MW of behind-the-meter thermal energy storage on behalf of the utility Southern California Edison. It freezes ice at night when demand for power is low, capacity is abundant, and increasingly sourced from renewables such as wind power. Then during the day, stored ice is used to provide cooling, instead of the power-intensive AC compressor.

The bottom line: thermal energy storage means high investment costs and requires a strong energy source. The sector however boasts that “thermal energy storage is the most attractive [storage medium] since the energy storage efficiency of the thermal storage system can reach 95% to 97%.  The cost is only about 1/30 of the large-scale battery storage and their useful life is much longer.”

In addition to these technologies, more than a dozen new types of batteries are in the laboratories and some ready, or nearly ready, for the market. “We are one breakthrough away from one of the multitude of lithium-ion battery alternatives taking over. Lithium-ion batteries could be yesterday’s news and take their place next to the floppy disk in the dust bin of history,” quipped one expert.

And there are other technologies, too: such as flow batteries, supercapacitors, and superconducting magnetic energy storage.

Anyone of them, or a hodgepodge mix of them – each for a specific energy source or location – could be the storage medium of the future. One thing is for sure: it won’t be lithium-ion batteries or pumped storage.