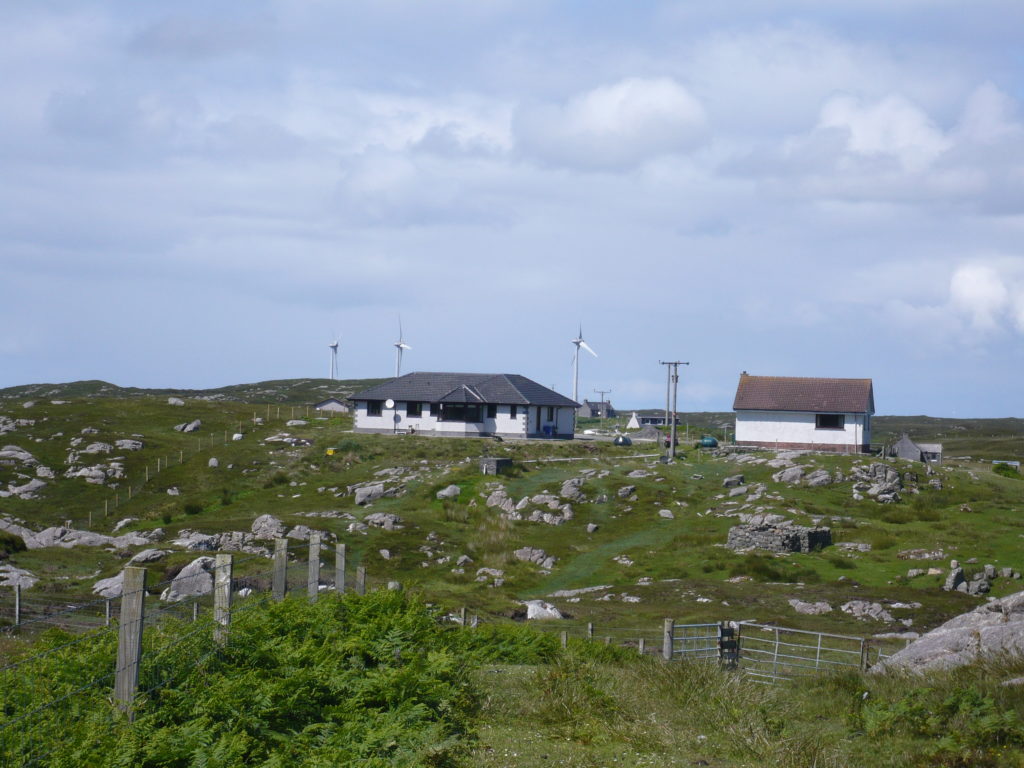 While citizen-run clean-energy projects exist across Europe, Scotland’s are distinct in that many are owned by charitable organizations working solely to assist the wider municipality — funding development projects from school refurbishment to farmer’s markets. The charities also invest in a wide range of sustainability projects, such as low-carbon transport schemes, green spaces and parks, energy poverty eradication, net-zero community buildings, and energy storage projects.

Projects such as UistWind however usually need a hand to get on their feet. This is where Local Energy Scotland (LES) comes in: a consortium of four energy-focused NGOs that support local clean energy projects.

Founded in 2013, LES was created for the purpose of administering the regional Scottish government’s Community and Renewable Energy Scheme (CARES), a $6.5 million funding program that awards grants and loans of up to $3 million to communities developing clean-energy projects.

The fact that every LES staff member also works for another NGO, each with a slightly different focus, is an asset. “Most staff are dedicated to CARES work,“ says Morris, “but are embedded within local charities meaning they can benefit from opportunities to work collaboratively with colleagues to support community groups. Given that the nature of community energy projects will likely evolve to include more energy efficiency works, area-based activity, and trying to mobilize households to adopt district heating, etc., collaborative working will be key. Our structure facilitates cross working with colleagues within their host organisation who focus on working with businesses, supply chain, and householders.”

In addition to funding and loans, LES gives communities, businesses, and other organizations advice on all aspects of local, renewable energy. It offers free online tools and good practice guides, as well as studies that assist communities along every step of local energy projects.

One huge obstacle that every community faces is that renewables projects are notoriously costly, cumbersome ventures to get off the ground—often a size or more too big for largely volunteer-run community groups, especially those in poorer rural or remote areas. Moreover, the conservative government cut the feed-in-tariff that had greatly promoted small-scale renewables.  To get a single wind turbine generating electricity, for example, the communities often require a wide range of assessments, legal agreements, and technical requirements, as well as, ultimately, significant investment capital to cover start-up costs of feasibility studies, community consultations, and other preparatory costs.

Today, a mid-sized onshore turbine, such as one of UistWind’s Enercons, can run well over $3.5 million in total costs.

Bill Slee, a rural development expert and emeritus fellow at scientific research organization the James Hutton Institute, describes LES as a bridge between sectors: “LES as a third sector organization itself communicates particularly well with other third sector groups, like the community groups involved in clean-energy projects,” Slee explains. “LES is much closer to communities than public sector bodies, which can be bureaucratic and distant.”

Morris emphasizes LES’ impact as a facilitator. “While some of the communities interested in developing renewable energy lack resources, funding and time to get such big, complicated projects up and running, others can lack the skills necessary to do so,” Morris explains. “Our staff can hold hands throughout the process — from the very beginning through to energization if necessary.”

North Uist was exactly the kind of knotty case that cried out for LES assistance.  LES responded to the request of North Uist, population 1,600, which like many of the Western Isles has been grappling with the decades-long decline of its fishing industry as well as acute depopulation. In 2009, its community leaders decided to make the most of the resource that their homeland had in spades – an abundance of wind – though with no experience themselves in the business of energy generation.

They counted on a UK-government support scheme (which ended in 2019) guaranteeing clean-energy projects long-term, above-market prices for electricity, but were uncertain of even the first step to get such a project up and running.

“There were times when I was pulling my hair out,” says Ameena Camps, manager of the Uist charity, NUDC. “So I’d just pick up the phone and call [the LES representative]. He’d tell me what to do or who to call. He connected me to people in-the-know elsewhere in Scotland who had faced the same problems.”

In 2019, UistWind and other locally owned clean-energy projects accounted for $27 million worth of community benefits in Scotland. In North Uist, for example, a surplus of about $140,000 a year will flow into the country’s coffers for the next 20 years, which is roughly the lifespan of the 900kW Enercon E-44 wind turbines.

Moreover, the NUDC estimates that the turbines displace fossil fuel energy that would emit roughly 1,275 tonnes of carbon dioxide a year. Although only 3 percent of Scotland’s total renewable power hails from these installations, Scotland soared past its 2020 goal of a half gigawatt of local power generation capacity and doubled that by the end of 2022 — that’s roughly the capacity of a medium-sized nuclear reactor.