Elected to Germany’s Bundestag a year ago, Kathrin Henneberger entered Parliament on a clear mandate from Green Party voters to accelerate coal’s domestic phase out and speed up the energy transition. But Russia’s invasion of Ukraine has changed the narrative. When word leaked that, despite well-known human rights violations in Colombia, Germany’s Chancellor Olaf Scholz had personally called then-president, Iván Duque, to ask if the Latin American country could increase coal exports to Europe and replace sanctioned Russian supplies, Henneberger was outraged. This summer she traveled to Colombia’s coal and oil producing regions, visited front line communities and met with impacted residents. She also took this opportunity to meet members of Colombia’s incoming leftist government, the first in its history, with the goal of forging a new climate alliance. What follows is part one of an edited excerpt of an interview she gave with lead blogger and podcaster, Michael Buchsbaum.

Note: listeners can enjoy a longer version in an upcoming podcast. 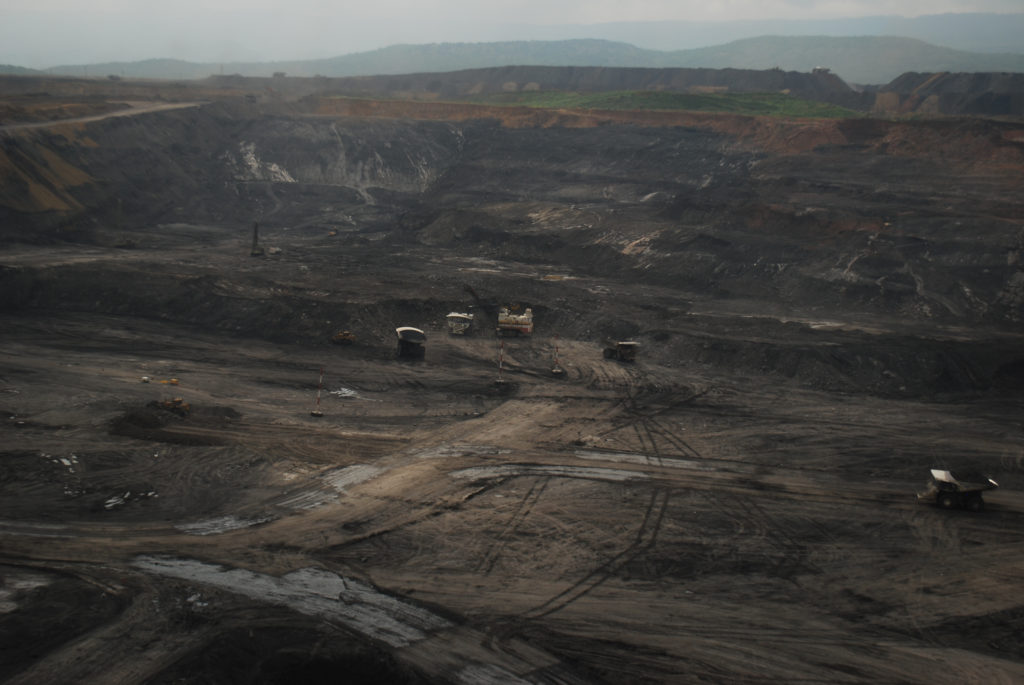 What prompted the trip?

LMB: To what extent did the reversing of decisions not to import Colombian coal prompt your fact-finding mission this summer?

KH: I was born in Cologne and now represent a coal producing region west of the city. While we are trying to phase out coal locally, we are also trying to act internationally.

For me it’s very important not only to campaign against expanding coal mines here, but also in Colombia and worldwide.

Several years before, various coal companies started importing less from Colombia partially because of pressure from a huge civil society campaign against widespread human rights violations, in particular against the indigenous Wayuu people, from coal mining there.

Afterwards, many of these companies started to import more coal from Siberia. At the time, they were very proud of this. Though in Siberia, indigenous communities are also facing abuses.

Despite the war, it’s very important that we don’t forget that there is also a climate crisis.

So as a Parliament, we said early on that switching suppliers cannot be the solution. We can’t just go to other places to look for coal. We need to phase it out sooner and find other solutions for our fossil fuel dependency.

We also determined that there should be no new coal mines because of the war in Ukraine, and those already in existence should not expand because of it.

Before I went to Colombia, in the German parliament we had a huge discussion about how we would not go in the direction of having more fossil lock-ins by importing more coal from northern Colombia which would then affect the rights of people there.

When I learned that Chancellor Scholz had spoken to Colombia’s then-president Duque in April to ask for more coal, I was a bit shocked because parliament, and the Climate and Energy Committee which I’m on, had decided on another plan.

But I think that this call was made on behalf of the coal companies because in Germany, some of these companies are very close to some politicians. That’s just how it is.

LMB: To what extent, by turning away from Russian imports due to the war and re-embracing Colombian coal has Germany simply switched from one „blood coal” to another?

I’m a huge fan of degrowth and system change. And it’s equally important to speak up when something like this happens, especially as a member of parliament, and say that this kind of colonial behavior is not correct!

Importing coal to Germany from northern Colombia, where we know human rights are being violated, to maintain our high level of energy consumption – knowing that this means further exploitation and destruction there – is colonial behavior.

LMB: Days after Scholz’ call, then-President Duque’s government granted a permit to the giant El Cerrejon mine to divert a river that’s vital to the indigenous Wayuu people so as to enable the expansion of coal production. When you traveled to Colombia, you visited areas directly affected by this decision. What did you find?

KH: It was my first time travelling to northern Colombia and I wanted to take this opportunity, as a member of German parliament, to connect with the people there and find common ground and common solutions for how we can phase out coal together.

But first we visited southern Colombia – Putumayo in the Amazon region – and, with the help of Amnesty International, we met with other activists fighting against oil exploitation there.

Then we visited the north of Colombia, where the huge surface coal mines are and met with representatives from various Wayuu and Afro-Colombian communities as well as union workers. And we also toured El Cerrejon.

Sitting close to the coal mine, next to the River Bruno which flows into the larger Ranchería River, there are communities like El Rocio.

To expand the mine and to dig the coal underneath the River Bruno’s bed, some parts of the river were shifted – maybe that’s too kind of a word – but the mine built a detour for it.

When we visited El Rocio, we looked into the direction of the mine and saw several lagoons filled with coal mine water, which means the local drinking water has become poisoned by the coal mine. This is also why children are getting sick because the water quality is, after passing the mine, very bad.

This creates a bigger problem as this is a desert region and water scarcity is worsening.

Also, as coal mines there get bigger and grow closer to El Rocio and other communities like it, they destroy more land, including land now used for agriculture.

We also visited areas where the coal companies are trying to re-naturate the former mine. The company showed us this new earth, where supposedly everything is beautiful. But it wasn’t. There were no birds [Note: Colombia is home to the world’s most diverse bird population]. You could hear that it was very silent ecosystem, well it wasn’t really an ecosystem. It was so very dry. Now there are few or even no streams. Before mining, there were dozens of little streams, but right now everything is gone.

Though the company tried to convince me otherwise, I could see with my own eyes; I could smell and hear that this ecosystem wasn’t really alive.

[In the second part of this interview, MEP Henneberger will discuss her efforts to forge a climate partnership with Colombia’s new government while trying to protect coal impacted villages in her district in Germany.]