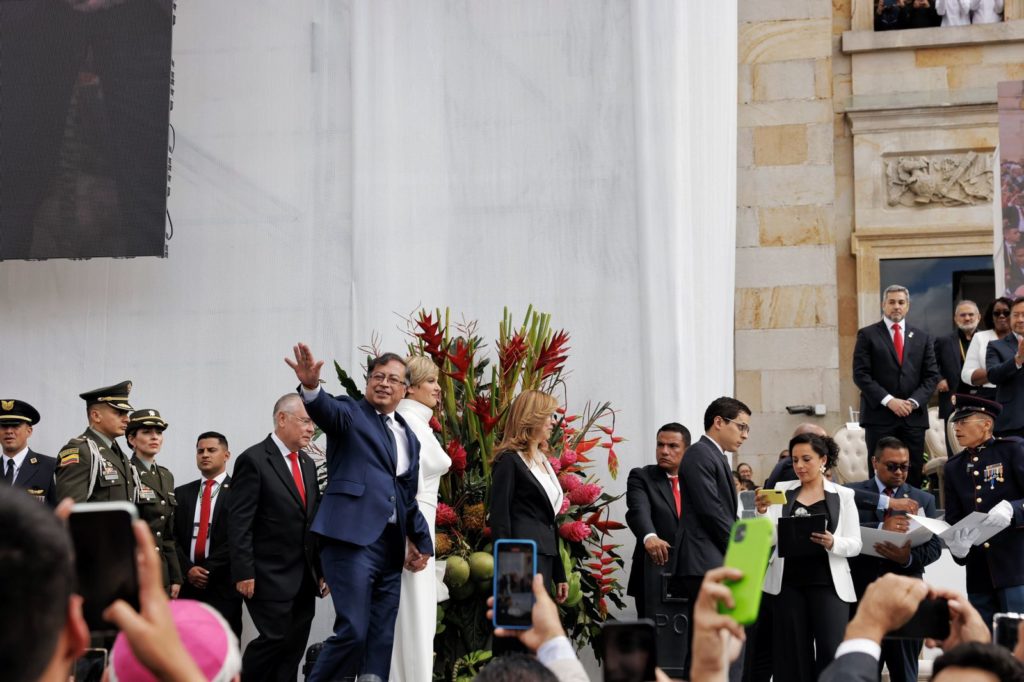 However, when resistance to development occurred between residents, indigenous groups and investors, his administration, like most of its predecessors, generally sided with industry.

Arguing that revenues from fossil fuels, which account for up to 50% of the nation’s monthly exports, were necessary to fill government coffers, fund social initiatives and provide jobs and income for the masses, Duque focused on maintaining and, where possible, expanding production.

Yet decades of top-down decisions by him and preceding governments generally excluded the voices of the very communities who were being mined or extracted from. Resulting internal displacement and unequal land distribution were and remain two triggers of Colombia’s frequently violent conflicts and still smoldering civil war.

The US Energy Information Administration (EIA) says that in 2021 there were over 30 attacks on oil pipelines and other infrastructure by various paramilitary groups. The year before, Ecopetrol recorded 51 infrastructure attacks as well. The EIA estimates that these resulted in reducing production by some 8,000 to 14,000 barrels per day in 2021.

Despite a languishing 2016 peace deal, the nation continues to be one of the world’s deadliest countries, particularly for environmentalists and land defenders, according to Global Witness.

Environmental campaigners in Puerto Wilches, where most of Colombia’s fracking development is taking place, have reported threats on their lives for opposing projects led by ExxonMobil and Ecopetrol, the nation’s largest petroleum company.

Yet simultaneously the nation was battling its highest public debt in its history, roughly 65% of GDP. And with inflation soaring, still only half of the population had any formal work.

Campaigning to reduce the nation’s reliance on oil and coal exports through a gradual, just transition to solar and wind energy, the guerilla-linked economist and former mayor of Bogota, Gustavo Petro and his vice-president, the Afro-Colombian environmental activist Francia Márquez, inherit a volatile, fractured nation.

Though mostly dependent on hydroelectricity domestically, Colombia has previously pledged to reduce its own greenhouse gas (GHG) emissions by at least 30% by 2030.

To get there, the Duque-government lured various domestic and multinational firms to start siting dozens of new wind and solar parks across the country.

Due to its outstanding wind and solar potential — significantly higher than global averages — ground zero for much of this development is the northeastern El Guajira region within the ancestral lands of the indigenous Wayúu people.

Already enduring much of Colombia’s coal mining, the Wayúu constitute 42% of the population of this multicultural, multilingual department. And despite the immense wealth extracted from their land over the past three decades, the region still suffers from high levels of poverty and has only limited access to electricity.

“La Guajira will be the epicenter of Colombia’s energy transition. With the construction of 16 wind farms that will generate 11,000 jobs, and 10 billion dollars in investments”, former Mines and Energy Minister Diego Mesa announced last year.

By 2019, at least 30 towers had risen on Wayúu land, according to a report by Indepaz, a nonprofit research center. Initial plans projected that as many as 2,500 wind turbines, generating some 17% of Colombia’s electricity, could dot the region by 2031.

Prior to the new Petro government coming into office, Colombia’s energy transition policy did not have a focus on justice, says professor and economist Andrea Cardoso, director of the energy transition at the University of Magdalena, who has researched the political and energy economies in the La Guajira and Cesar districts. Up until now, the only focus has been on economic growth.

New renewable development is simply a “corporate transition” seeking to “continue what the Mining Code had been doing,” she says in an insightful piece published by the Bogota office of the Heinrich Böll Stiftung. Cardoso sees this “green extractivism” as just another way in which natural resources are taken from a territory without benefiting local communities nor providing much state benefits either.

Likewise, spokespeople for the Wayuu claim they have mainly not been informed about the massive scope of the planned wind developments, nor how their people will be compensated for the disturbance of the lands they have inhabited for thousands of years.

Not far from these new wind towers in the Cesar district, Italy’s Enel Green Power is constructing the 187MW La Loma solar farm. Colombia’s first solar project with a capacity above 100MW, the plant is expected to be fully operational before the end of the year. Enel has more than 1GW of renewable projects in construction in Colombia.

Hilda Arrieta, a representative of the Women’s Network of El Paso, member of the Cesar Without Fracking movement and part of the César Muñoz Afro council of La Loma, has lived there for decades. Though perhaps green development is better compared to the vast open coal pits nearby, since her community was still not consulted prior to Enel starting construction, she fears that “the same logic” mining companies have held for decades still prevails.

Ominously, just down the road from her, US American-owned Drummond coal — Colombia’s largest producer — is awaiting permits to build its own 50MW solar farm near one of its mines. Initially set to power internal operations, in partnership with France’s EDF, Drummond plans to scale up and eventually feed surplus electricity into the national grid.

Though Petro says he will respect existing contracts, in upcoming blogs we’ll review how his government is immediately changing course and discuss ways Germany and the EU can re-engage with Colombia’s new leadership.