After a year serving in Germany’s Bundestag, the climate-champion and Green MEP Kathrin Henneberger now finds herself struggling to defend the progress made by her predecessors. In response to Germany’s Chancellor Olaf Scholz personally calling Colombia’s then president, Iván Duque to increase coal exports, despite well-known human rights violations associated with mining there, Henneberger traveled to the Latin American nation to tour its fossil fuel producing regions. Once there she immediately began forging ties with Colombia’s incoming leftist government, the first in its history, with the intent on forming a new climate alliance aimed at jointly phasing out coal production and burning in both nations. But back home, she remains committed to reducing coal dependency and preventing the destruction of villages around the edges of Germany’s still expanding mines.
What follows is the second part of an edited interview between her and lead blogger, Michael Buchsbaum. Listeners can enjoy a longer version in a companion podcast. 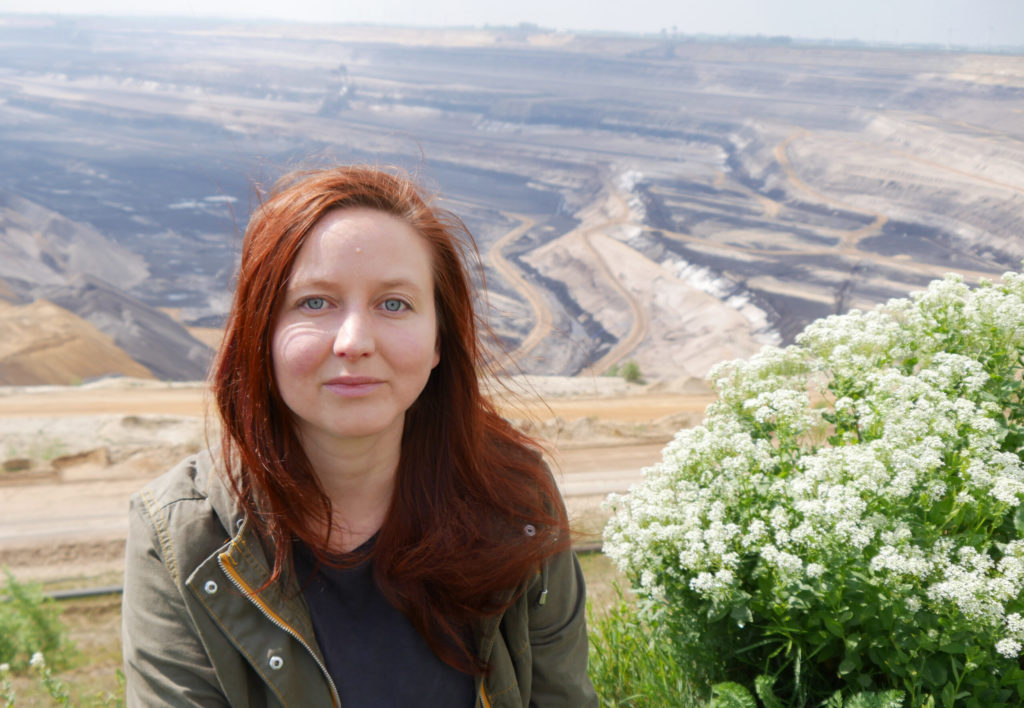 MB: You visited Colombia during the summer of 2022, just days before the nation’s new leftist government, led by Gustavo Petro, was set to take office. Were you able to meet with incoming members of the incoming administration?

KH: Yes. While I was in the capital of Bogotá, I met with several new members of their parliament to find new ways to connect and work together to break the power of the coal companies.

I also met with Susana Muhamed, Colombia’s new environment minister. She’s a very progressive person and we learned much from each other.

We spoke a lot about forest protection, the transition to renewables and cleaner energy systems and the need to give more communities access to electricity as well ways to extend energy democracy. We also talked about the possibility of creating a climate alliance.

Since then, I’ve been pushing to create a climate partnership between Germany and their new government to phase out coal together as well as how we can work together on forest protection and controlling oil exploration.

Though this partnership is just beginning, they also informed me that if the new government starts to phase out coal, then under the international Energy Charter Treaty there is also the very real possibility that they can get sued by the coal companies.

But if a government cannot act because they are afraid of getting sued, then this is a huge problem. To do something about this, it’s very important to crash the treaty. And so we are also currently working on that.

MB: With Russia’s invasion of Ukraine upsetting so much energy transition goals, it must be so frustrating, especially since you were elected on the clear mandate of expanding Germany’s struggling energy transition, to see it going backwards. How are you holding up?

KH: I don’t have the energy to feel frustrated, I need to continue. But yes, I started as a very progressive climate activist. And then half a year later, I now find myself in the position of a defender of the phase out — defending what we have already achieved because I’m very afraid that we are going into the direction of a new fossil lock-in. That we are losing much of what we had achieved in the last years.

At the same time, I’m also very concerned about about a village in my region of Mönchengladbach – the village of Lützerath, that is threatened with destruction.

We’re very close to the expanding Garzweiler surface coal mine [Note: The Garzweiler mine is the third largest coal mine in Europe, behind the neighboring Hambach mine and the huge Belchatow mine in Poland]. I think what is very important is that we don’t give up, and that we find ways to act together strongly as a movement.

MB: Prior to coming into office, you were the press speaker for Ende Gelände, an NGO that is well known for using direct action tactics where activists go directly into mines and occupy them or find other ways to directly disrupt or stop production. Was it then that you became involved in the campaign around Colombia as well?

KH: During my time as an activist in Ende Gelände, the coal situation in Colombia was also a huge topic.

Beyond my work at Ende Gelände, I was also active on global level, visiting several UN climate conferences, and connecting with other activists around the world, particularly with people who are also struggling against coal mines.

MB: Let’s return to the efforts to protect villages threatened with destruction because of expanding lignite coal mines here in Germany. Since the end of World War II in 1945, tens of thousands of people in both eastern Germany as well as in the western part of the nation, in the area you represent, have been forced to relocate. And as late as 2020, several more towns were still under threat. As the Scholz led government leans more heavily on coal, is there any hope of saving these villages?

KH: Yes. The good news is that when I entered parliament, there were six villages threatened with destruction by the coal mines. We put this struggle on the table of the coalition talks. And in the end, we could save five villages of the six. But we are still fighting for the last village, Lützerath.

Though my feeling is that this will be the hardest fight of all, we are not backing down.

MB: Is the excuse for why this town needs to be mined through the same as why communities in Colombia must be destroyed? That now, particularly in the wake of the war in Ukraine, harvesting the potential energy lying under these areas is even more necessary?

KH: Yes, absolutely. The coal company in our region, RWE [NOTE: this global energy firm is also Europe’s largest polluter], often talks about the Ukraine war. And then in the next sentence, they state that ‘this is why we have to destroy the village of Lützerath.’

We also addressed this point in the German parliament. And we decided that Lützerath has to remain. But this is just a position. It is not law.

Currently there are talks between politicians and RWE, which states it needs Lützerath, and we don’t know what will be the outcome. Nevertheless, right now I’m trying different ways to, as a politician, find ways how to stop its destruction. And of course, RWE, they want something for that. Mainly a lot of money.

No matter what the outcome, we need to take responsibility in Germany for the consequences of both expanding coal mines in northern Colombia, while also working to hold our government accountable for the impacts of expanding the Garzweiler and other coal mines here. There are other options.

Listeners can enjoy a longer version of this interview in an upcoming companion podcast.