It was unthinkable that a leftist government could ever take office in Colombia – and then this summer it happened. Historically power has been held by the nation’s upper classes who used state violence to terrorize unions, minorities, indigenous groups and social reformers. But running on a platform promising a government dedicated towards waging civil peace and ensuring social and environmental justice, in June the progressive former senator and Bogotá mayor, Gustavo Petro and his running mate, the Afro-Colombian environmentalist, Francia Márquez, prevailed. As lead blogger and podcaster Michael Buchsbaum writes in this part of the Colombian Conundrum series, immediately topping Pedro’s agenda is re-writing regulations so the whole population can benefit from fossil fuel industry profits. 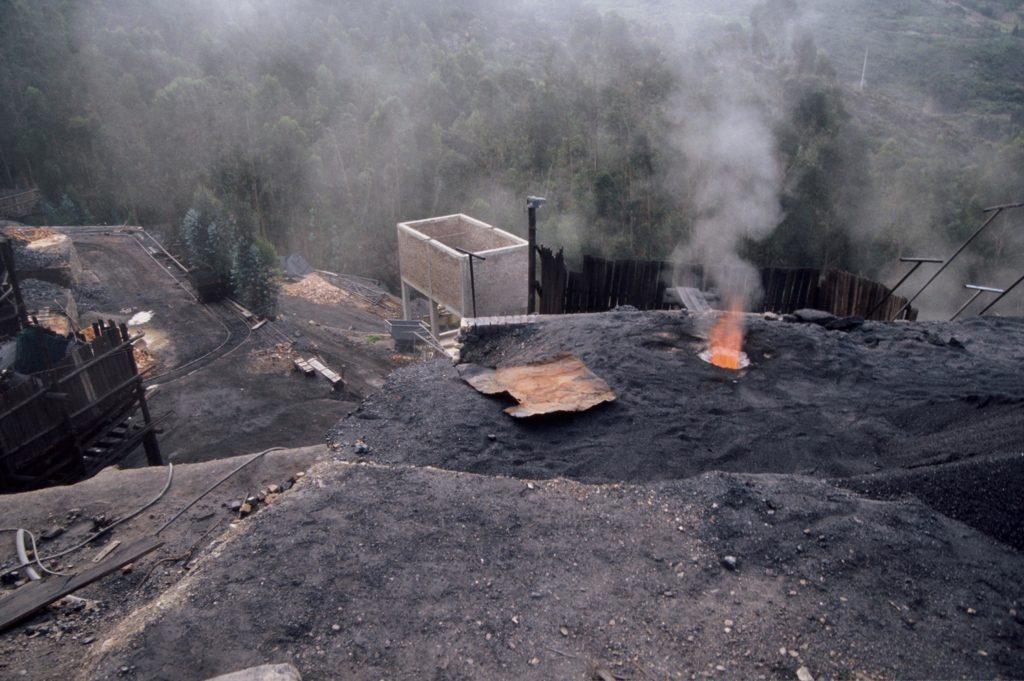 As a teenager, the young Gustav Petro joined the M-19 guerrilla group. After being caught, tortured and handed an 18-month prison sentence, he shifted ideologies and determined that armed resistance was not a feasible strategy. In 1987, M-19 began engaging in peace talks with the government and Petro helped the group to evolve into a political party. Four years later, after earning multiple degrees in economics, he was elected to serve in Colombia’s Chamber of Representatives and later its Senate.

Failing in his first bid at the presidency in 2010, Petro was elected as mayor of Bogotá, the nation’s capital and largest city, in 2011. Surviving death threats, an illegal recall attempt, and earning the wrath of conservatives nationwide, he served out his term through 2015.

Now even more popular, he ran again for president in 2018, finishing second against Ivan Duque in a race marred with violence, alleged bribery and corruption. Undeterred, in 2021 Petro announced that he would run one last time on a platform promoting green energy, phasing out fossil fuels, reducing economic inequality and focusing on climate change and biodiversity protection. He also pledged to raise taxes on fossil fuel exports and the wealthiest Colombians.

To help secure victory, Petro selected the Afro-Colombian environmental activist Francia Márquez, winner of the 2018 Goldman Prize, to be his running mate.

Ahead of elections, the International Committee of the Red Cross warned that spiking rural violence was driving displacement, massacres and targeted assassinations; and NGO Global Witness named Colombia among the world’s most dangerous nations for human rights and civil society activists.

In June, with a higher-than-expected turnout, Petro and Márquez’ “Pacto Histórico” alliance won over 50.4% of the votes — vaulting their left-wing “green” policies into the nation’s highest office.

Taking office in August, the new government was immediately confronted with strikes, blockades, the murder of seven police officers and the various toxic forces bent on pitting violent, drug-trafficking paramilitary groups against the state as well as each other.

To accomplish this his government will gradually lower the corporate tax rate by 5 percentage points to 30% while simultaneously increasing taxes on the 4,000 wealthiest Colombians as well as anyone earning more than 10 million pesos ($2,300) a month – just 2% of Colombians.

“This should not be viewed as a punishment or a sacrifice,” said Petro. “It is simply a solidarity payment that someone fortunate makes to a society that has enabled them to generate wealth.”

Shaking up the energy sector

Though the ongoing energy crisis in Europe is helping the country meet its international debt obligations, expanding domestic extraction is obliterating the nation’s rich biodiversity while largely immiserating its population.

Estimated to have sent 32 million tonnes into 2021’s seaborne market, Colombia was already the world’s fifth largest exporter of thermal coal before Russia’s invasion of Ukraine.

After several weeks of contentious lobbying and legal wrangling in Bogotá, the new Petro-led government is proposing a complex 10% income tax surcharge on oil and coal companies. Though much reduced from earlier plans, it still means the fossil fuel sector will fund a quarter of the new social spending.

Although taxing the sector could scare off investors and curtail interest in future extraction projects, this would be “consistent with Petro’s longer-term goals of diversifying exports away from hydrocarbons and mitigating environmental damage,” says Cornell University professor Gustavo Flores-Macías. “So it is by design that the tax reform would weigh on Colombia’s hydrocarbon and mining industries.”

Colombia’s new leftist government is also working on legislation that would require mining firms to receive environmental licenses before exploration begins as it starts cracking down and scrutinizing the extraction industry.

According to new Environmental Minister Susana Muhamad, many existing mining licenses were awarded during Iván Duque’s administration without meeting environmental protection standards. “I think we have to be as strict as possible,” she remarked during September’s National Mining Conference in Cartagena. “There is laxity, and compliance is too flexible.”

New court rulings also give her ministry powers to delineate areas where mining can and cannot take place.

Promising additional oversight on future large-scale investments, Muhamed said that if exploration takes place on indigenous lands or in endangered wetlands, prior consultations and community approval would be required. The nation currently only requires environmental permissions for projects when they begin extraction and production.

“We must put an environmental license for exploration … because there are also lots of conflict and a lack of control over mining exploration processes,” Muhamad continued.

Obviously unnerved by such “radical” notions, in mid-September, Ecopetrol, Colombia’s largest oil company, suddenly announced it would temporarily suspend fracking operations while legislators in Bogotá debated whether to ban the extraction technique nationwide.

Are Germany and Colombia re-engaging?

Germany is Colombia’s fifth-largest trading partner, and its largest within the European Union. Though Petro intends to set the nation on course to produce 100% clean energy by 2030 and curtail fossil fuel exports, Germany and Europe are looking to Colombia to help fuel their economies, particularly in the wake of Russian aggression against Ukraine.

Just weeks after Petro’s government was voted in, the German investment bank KfW announced it would provide another €200 million to help support Colombia’s renewable energy transition. And at the end of August, German Development minister Svenja Schulze visited Bogotá, becoming the highest member of Germany’s coalition government to officially meet with the new administration. The question is, now dealing with a deep green administration, will Berlin use its money and influence to meet, accelerate or slow down Petro’s ambitions?