Africa will host international climate talks on 6-18 November 2022 and the African Union has been busy trying to get the rest of the world’s attention on the continent’s expectations in the lead up to COP27. Of course, COP27 expectations are matched only by their disappointments. However, Africans are not leaving the fate of its people to chance. Climate negotiations are not helped by the fact that trust remains low, after developed countries’ failure to come up with a climate finance obligation. At the last COP26, Africans were sent home with a Delivery Plan to a promise made more than a decade ago. 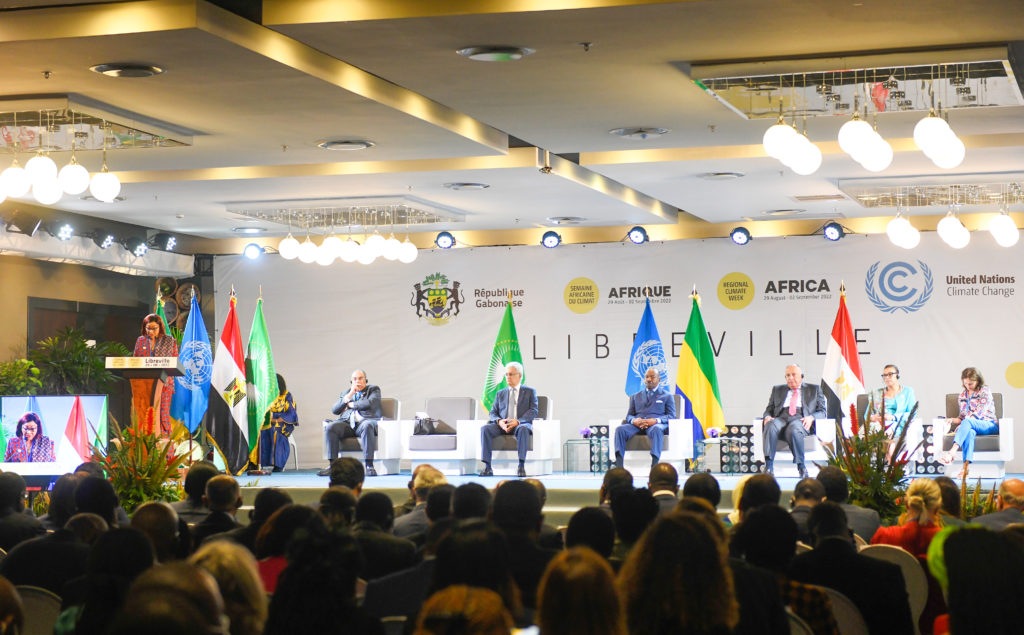 During the recent African Climate Week in Gabon, African Union Commissioner, Josefa Sacko, put the disappointment mildly, “we have unresolved problems” at Glasgow’s COP26 concerning major African needs. As COP27 president-designate, Egypt’s Sameh Shoukry sounded the upcoming meeting’s message “loud and clear: there’s no extra time. No plan B. And there should also be no back-sliding or back-tracking on commitments and pledges.” Moreover, to a round of applause, Gabon’s president, Ali Bongo Ondimba, declared, “the time has come for Africans to take our destiny into our own hands,” as he opened the last preliminary talks, emphasising, “COP27 is Africa’s COP and will significantly shape our future.”

However, Africans waiting to be delivered a future. They have formed a ‘common position’ that may be received as ultimatum in Sharm El-Sheikh: release adequate climate finance for energy transitions or we will explore our natural resources to protect our peoples from climate change impacts and economic and social developments. Such may explain the frustration that may be deduced in the African Common Position on Energy Access and Just Transition, which clearly and unequivocally declares, Africa will “use all of its numerous energy resources, both renewable and non-renewable, to meet energy demand.”

Surely, modernising Africa’s energy infrastructure based on non-renewables energies will undermine whatever little progress has been made on to keep global temperatures at or below 1.5 degrees Celsius. Yet it must be emphasised that the continent has been at the losing end of implementing climate change actions and is obliged to use all necessary means to protect its peoples and realise objectives in its Agenda 2063 development framework.

African’s ‘common position’ ensures and confirms “Africa’s right to a different path toward the goal of universal access to energy, ensuring energy security for our continent and strengthening its resilience, while at the same time acting responsibly towards our planet by improving the energy mix,” says Amani Abou-Zeid, African Union Commissioner for Infrastructure and Energy. Such talk about Africa’s ‘right’ is reaction to failures, such as the USD 100 billion per year by 2020 promise made by developed to developing countries in 2009 but was never delivered. It also conveys African’s frustration with the United Nations Framework Convention of Climate Change (UNFCCC) system.

African countries are playing by the rules and have done so for a while. They were asked, and at their cost, to develop sometimes duplicitous national plans for climate action, including plans to implement plans. For examples, they delivered Technology Needs Assessments plans and then Technology Action Plans for the ‘needs assessments’. No fewer than nine such plans are at the UNFCCC, the body hosting COPs.

Moreover, there is no shortage of reports reporting on earlier reports, prepared for example by technocrats at the UNFCCC’s Technology Mechanism, constituting a Technology Executive Committee (TEC) and Climate Technology Centre and Network (CTCN). All this capacity hosted in developed countries along with those built over decades in developing countries are yet to effect the seismic energy transition needed across Africa. However, these plans – almost 200 presently seeking funding for mitigation projects – exemplify as they attest Africans’ readiness and willingness to do their part in adapting to and mitigating climate change.

Climate mitigation reduces and prevents greenhouse gas emissions, by installing renewable energy technologies, such as solar, wind and hydro. This of course costs money. In 2020, the Green Climate Fund (GCF) approved USD 1.6 billion for such projects. Nevertheless, there remains a growing and gaping space between what needs be done and what has been done, never mind the crucial fact that much of that money was not charity, but loans which African governments must repay with foreign currency they need to feed. “It is not fair,” cried Egyptian economist and former minister, Mahmoud Mohieldin in Gabon.

In addition, when it comes to energy access renewable energies can provide, the numbers are only in the hundreds of millions. Some 900 million lack access to clean cooking facilities, 600 million do not have electricity, a number that almost double 331 million, the population of the US – a leading contributor to climate change – living without electricity. Moreover, within 8 years, 230 million in west and central Africa will be without electricity, without changes to conditions stalling energy transition.

Yet Africa’s renewable energy potentials are remarkable. The World Bank finds, with the exception of South Africa, there is “exceptional PV potential, including almost all African countries.” And with 180,000 Terawatt hours (TWh) per annum of wind energy potential, “27 countries on their own could satisfy the entire continental electricity demand.”

With more youths there than any other region, Africa also has the “world’s fastest-growing” population and this means greater energy demands. That explains also why African’s are not waiting for foreign solutions and have launched the African Union’s Single Energy Market, said to be the “world’s largest Single Electricity Market (AFSEM)” with ambition to “interconnect all 55 African Union Member States” But it isn’t enough to launch an electricity market for a product that is in limited supply.

The European Union should continue its almost decade-long support of AFSEM by securing adequate and fair climate finance and technical assistance to develop critical infrastructures, including electricity interconnectors and electrification, that can generate, transmit and deliver “efficient, affordable, and sustainable electricity” across the continent. Moreover, Europe stands to benefit because Africa’s abundant renewable electricity potential could be realised through AFSEM’s Continental Master Plan (CMP), connecting both continents through North Africa. These practical initiatives must be at focus in Sharm El-Sheikh to ensure COP27 is relevant to the continent, Mohieldin says is “suffering the most from the deterioration of the climate.” Similarly, the Programme for Infrastructure Development, which addresses energy transition, needs USD 11,391,527.

One expects this reasonable question from the uninformed, why developed countries must foot some “USD 632 billion” which Mohieldin argues, “we need easily to multiply by at least 6 times in order to meet the requirements of climate action.” Beyond the obvious, climate change impact kills. Developed countries, constituting much of the international community with political and economic might, stand to lose moral standing on any global justice issue when they fail to deliver on climate justice for Africans who Shoukry says, contributed less than 4 percent compared to the US with 30.7 per cent of global CO2 historic emissions, never mind Mr. Biden’s Climate envoy Mr. Kerry claims “almost 90 per cent of all of the planet’s global emissions come from outside of US borders.”

The underpinning UNFCCC’s principle of common but differentiated responsibility and capacities is premised on legal concepts of justice and equity. So “disproportionate responsibility” on Africans as says Shoukry puts it, “cannot be described as anything other than climate injustice.”

While Africans struggle through a litany of bureaucratic hurdles to access climate finance; while foreign consultant firms pocket millions in payment to ‘build capacity’ which often is helping Africans navigate complex and cumbersome application processes to secure finance from the GCF and while their life-saving climate plans languish at the UNFCCC, Africans are dying in the dark from starvation because of climate change induced famine.

The GCF was established to finance climate change projects in developing countries and considers it an accomplishment to loan USD 400 million through its Readiness Program “to enhance the capacity of national institutions to efficiently engage” with the fund. When Africa remains the darkest continent at sunset, such is hardly an accomplishment. Moreover, even a process to improve things – a simplified approval process – “designed to ease access to funding, but it has neither shortened nor simplified the process,” led the fund’s independent evaluation unit to conclude, “simplifying processes have not been achieved to date.”

More lights come on to brighten Africa as soon as COP27 directs the fund’s board to get rid of its cumbersome application progress, which would subsequently bring much more to millions.