The global energy transition is full of ironies. On the same spring day that Greece inaugurated its largest solar plant, located adjacent to several lignite mines in the coalfields of Western Macedonia, the government announced a short-term increase in mining as it responds to feared fossil gas shortages following Russia’s brutal invasion of Ukraine. Then in late June, Greece passed a sweeping renewables law targeting 15GW of new clean energy capacity to be built by 2030, much of it in this coal dependent region. Lead blogger and podcaster, Michael Buchsbaum, discusses the region’s planned transformation into one of the world’s largest centers of solar generation. 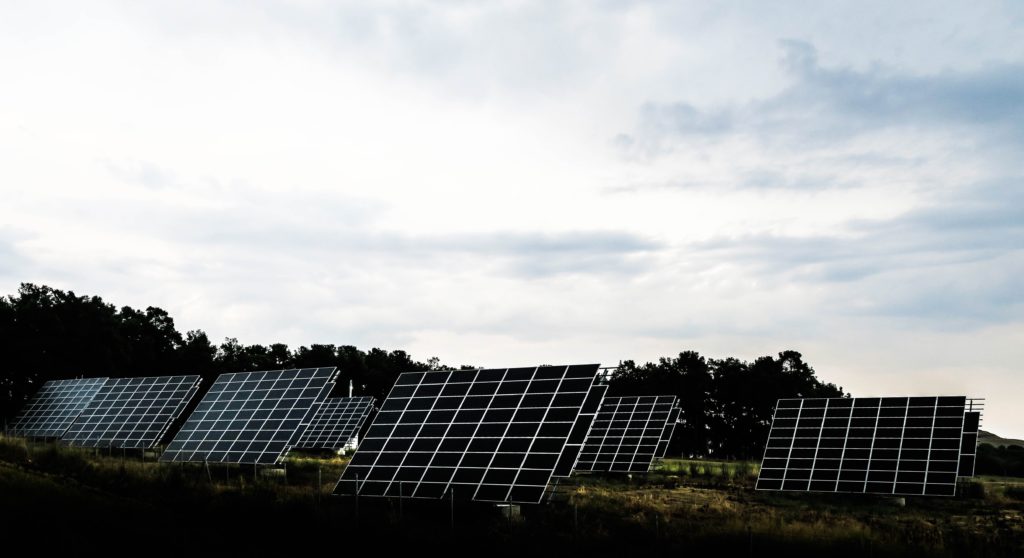 A precautionary measure that Mitsotakis promised was only short term, he pledged it would have no impact on Greece’s climate emissions targets and net-zero goal.

The new PV plant, the largest utility-scale facility in southeastern Europe, is the first of a planned 3GW of solar power to be built in the country’s lignite regions and represents a new phase in Greece’s massive expansion of solar generation capacity.

Currently the country has a record of more than 1.74GW of new renewable energy set to become operational by the end of 2022. Going into the new year, Athens anticipates the share of renewables in the electricity mix will exceed 50%.

As energy prices soaring while climate change-driven heat waves bake the continent, Greece’s already ambitious solar expansion – much of it happening adjacent to the scars of past coal mining activity – is gaining speed and widening in scope.

In late June, Greece passed a sweeping renewables law targeting 15GW of new clean energy capacity to be built by 2030.

A key strategy within it is to use former lignite mines as the sites of massive quantities of solar development. There are plans for over 2.55GW of new PV to be constructed within the region. And the solar build out is set to happen simultaneous to a complete coal phase out by or before the end of this decade.

Since the 1950s, Western Macedonia has been Greece’s largest coal region. By the year 2000, electricity generated by burning millions of tons of the low-quality lignite mined in the area covered approximately 70% of Greece’s electrical needs. While the industry broadly powered the country, it supported thousands of local jobs while anchoring the regional economy.

But after taking such a hard toll on the land and health of Western Macedonia, long before Russia’s February invasion of Ukraine complicated and sped up government plans for Europe’s clean energy transition, Greek lawmakers, civil society and a host of investors were already plotting a massive build out of solar capacity in the region.

A new documentary video released by the NGO, Europe Beyond Coal entitled “Hope Beyond Coal in Greece’s Valley of Tears”, vividly illustrates the challenge, promise and potential of Kozani’s transition away from filthy lignite to clean, affordable and sustainable renewable energy.

As the owner and operator of Western Macedonia’s lignite mines and electricity generation plants, PPC has been a presence in the region as both a major employer and polluter for some 70 years.

But as coal-fired generation falls in Greece (at a rate faster than any other EU country), the “vast deployment of renewables within the depleted mines…is just a beginning,” Mavros says.

“We have been there for decades producing [power] from coal, and now we’re going to be there producing cheap and clean electricity from renewables,” he continues.

Between 2020 and the end of 2021, Greece installed over 1.7GW of solar power.  And just weeks after the Prime Minister visited Kozani, PPC announced plans to double electricity production from renewable energy sources within 2022.

Currently PPC is building 387MW in renewable energy capacity which it intends to complete in less than two years.

Beyond this, plans call for another 200MW solar facility to be built near the still under-construction coal fired plant in Ptolemaida and another 50MW solar system in Megalopoli, on the site of another closed lignite mine.

Permits for new plants held by PPC at various stages of completion amount to 5.9GW in total, of which 4.7GW is solar and 1GW is storage – all set to come on line by 2030.

Another company, Meton Energeiaki, a joint venture of Germany’s RWE Renewables and PPC Renewables, also has some 1GW of photovoltaics in the pipeline, with the goal of doubling this to 2GW before the end of the decade.

As they race to get these photovoltaic projects online, Meton recently announced they will soon begin construction of a nearly 200MW solar array in Amyntaio, Western Macedonia, where PPC used to operate a 600MW lignite-fired power plant.

Baked into the new renewables legislation, the Ministry of Environment and Energy also included a provision to rip apart red tape and accelerate the speed of permitting and construction of clean energy to enable Greece to more quickly meet its ambitious goals.

Minister of the Environment and Energy, Kostas Skrekas reminded parliament that the production of electricity from the sun and wind costs up to five times less than from fossil fuels. Greece saves as much as EUR 250 million for every 1GW of renewable energy projects that it connects to the grid, he stated.

As thousands of solar panels are being installed atop land severely degraded by coal mining, Athens is demonstrating that renewables are the best solution to our current trilemma of high energy costs, lack of energy security, and lack of protection for our climate and human health.