In 2022, Germany set ambitious goals renewable energy, raising its share of gross electricity consumption up to 80 percent by 2030. In this context, the German government has adopted a policy to promote energy systems on agricultural land and focusing, in particular, on solar energy production. Many questions remain but agrovoltaic systems could serve as a useful tool to boost both the national and European energy transition. Leona Schmitt scans the detail. 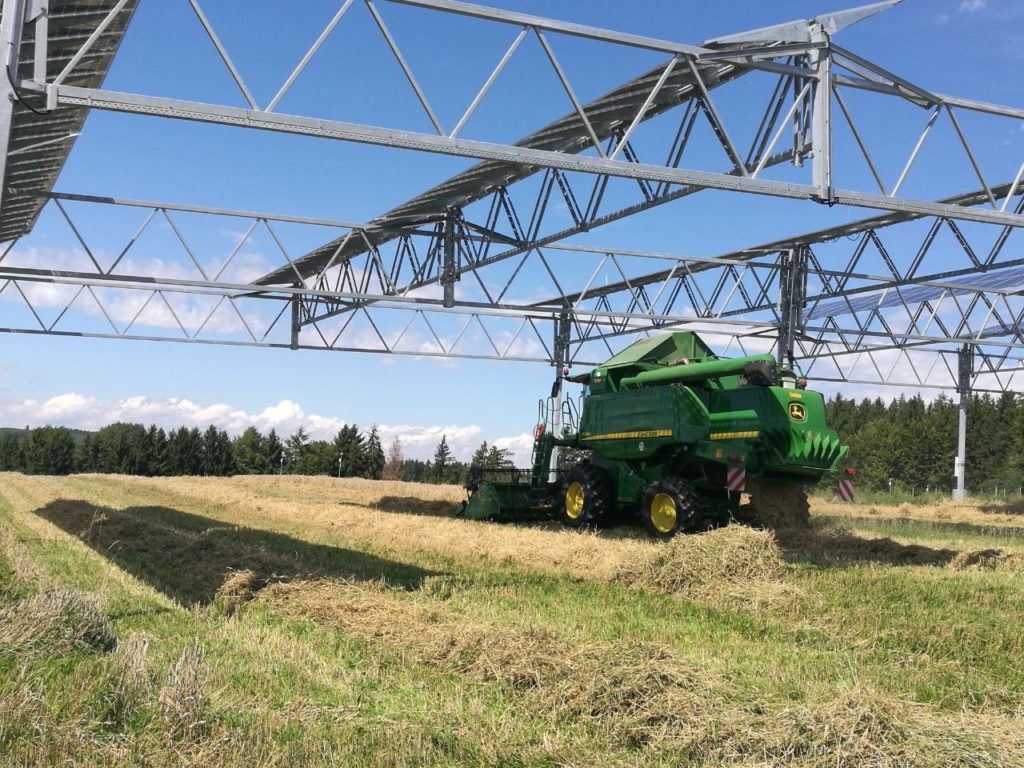 As early as 2020, research institute Fraunhofer Institute for Solar Energy Systems (Fraunhofer ISE) looked deeper into the potential of agrovoltaics – a method of enabling food and electricity to be generated on the same plot of land. They touted it as a way to speed up the energy transition. That year, 14GWp capacity from agrovoltaics had already been installed worldwide, a dynamic development from app. 5MWp in 2012. Governmental funding programmes had been used in Japan, China, France, USA and Korea. According to the initial assessment by Fraunhofer ISE, the potential of agrovoltaics in Germany lies at around 1700 GWp.. If only ten percent of that amount GWp were to be utilized, the current PV capacity in Germany would more than triple, Fraunhofer ISE stated.

In preparation for the 2022 amendment to the Renewable Energy Act (EEG), the German Federal Environmental Agency (UBA) conducted a study to examine options for adapting the available areas for agrovoltaics to increased expansion targets. It found that agrovoltaics, currently limited to tenders with small plant sized and limited volumes, can significantly increase its potential by expanding the permissible areas.

There are various ways of technical implementation on offer. Agrovoltaics on cropland could be seen as distinct from other forms of agrarsolar, for example solar panels on greenhouses or stalls. Depending on the machining method used for farming, the modules can either be incorporated in high-mounting systems, so that larger machines fit underneath, or being mounted on the ground. One other option is vertically attaching panels. Alternatively, photovoltaic systems with a moveable surface, automatically tracing the sunlight over the course of the day can be installed.

In May 2021, Bavarian Center for Technology and Promotion for Renewable Resources (TFZ) published a comprehensive paper on the status and open questions concerning agrovoltaics:

As climate change proceeds, not only extreme weather events will threaten food security. General weather changes will pose unforeseeable challenges for the agriculture which will have to adapt to a new climatic reality. At best, agrovoltaic systems can protect crops from heat damage (by providing shade). Due to the shadow provided, evaporation on underlying surfaces can be reduced. Depending on the crop selected, less water for irrigation could be required.

However, heavy rains, leading to water damming on top of the PV systems draining can cause soil erosion. Rainwater management can be achieved with collecting troughs, connected by gutters. This rainwater can be utilized to water crops. With seasons of drought approaching, as now seen in southern Europe, this could help offset harvest losses.

When planned accordingly, PV systems can be used in agriculture without losing greater acreage or yields. For farmers, agrovoltaics are a source of additional income. These could be important given unknown impacts of climate change and ongoing soil degradation.

As a consequence, there is a need for legal requirements, preventing pseudo-agrovoltaic PV-Plants. Those pseudo-agrovoltaic systems purposely maximise energy income while neglecting the agricultural production, aiming to achieve higher state funding than usual PV-Systems. However, EU-funding with financial GAP-resources is only possible when the agricultural usages is only reduced by maximum 15 percent, also cushioning investment costs of the expansive panels and module-uprights.

Germany-wide, farmers face additional challenges through the installation of agrovoltaics, not least concerning tax law implications, as discussed in a recent governmental resolution. The German farmers association (DBV) has recently criticised expansion measures for agrovoltaics saying the concerns of agriculture have not been sufficiently taken into account.

A Germany wide study conducted by You Gov on behalf of Agency for Renewable Energies  (AEE) in December 2020 showed that 62 percent of respondents would like or very much like a solar park in their neighbourhood. The approval rate was even higher for solar parks in the immediate neighbourhood (76 percent of respondents). At present, there are no comprehensive surveys regarding the acceptance of agrovoltaics, but experts share the justified presumption that agrovoltaics could meet even greater acceptance, if visual disruptions can be avoided and security measures can be met. Modules with high visibility bring considerable intrusion into the landscape. Therefore, care should be taken to visually integrate the facilities well, e.g. by planting hedges. Just recently, in a resolution concerning the ‘easter package’, German government stated agrovoltaics as an important contribution for the acceptance of renewable energies in rural areas and as necessary for achieving expansion targets.

Though agrovoltaics alone will not lead the energy transition to success, it could make a major contribution towards German and European transition goals. It focuses on regional and decentralized food and energy production, opening up potential to slash foreign imports. However, it is important to stress that, agrovoltaics must come as part of a package of measures. It needs to be combined with diversified renewable energy production – and, most importantly, with reduced energy consumption.

Leona Schmitt assists the Energy Transition Blog Core Team. She previously worked at the Institute for Ecological Economic Research (IÖW) and completed internships at the Alliance 90/The Greens Berlin section and at Klima Allianz Deutschland. She currently studies a B.Sc. in Ecology and Environmental Planning at the Technical University Berlin.