This spring Germany’s three-party coalition government announced plans to introduce a discounted €9 nationwide public transportation travel pass for the summer months. Intended as a way to cushion the blows of rising inflation, high energy and living costs while reducing fossil fuels usage and emissions, at least 21 million tickets were sold between May, when the ticket became available, and July. Sales figures and passenger numbers surpassed industry expectations and data shows that highway traffic congestion nationwide is easing. But despite its obvious success, Berlin is poised to not extend the offer beyond August, prompting fears that rail travel costs will jump, highway traffic jams will lengthen as Germany squanders another opportunity to show real leadership. Lead blogger, podcaster and frequent rail passenger, Michael Buchsbaum, reviews the situation. 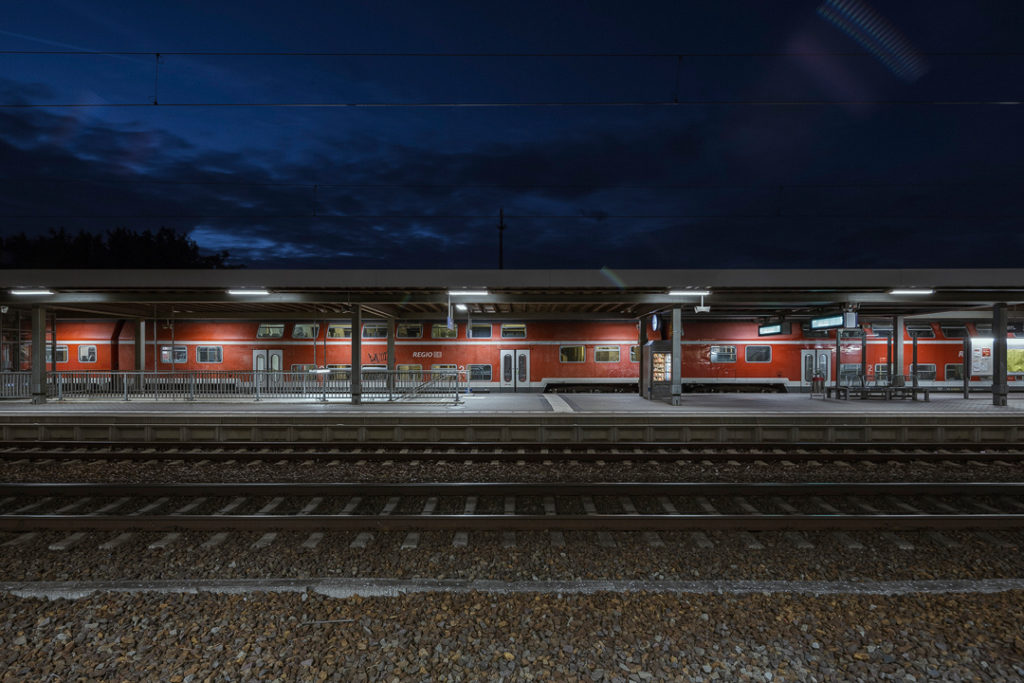 The €9 ticket brings people back to the rails. (Photo by Alexander Rentsch, CC BY-NC-ND 2.0)

Brilliant Success
No question, Germany’s so-far short-lived €9 ticket has succeeded in luring people off the highways and back to the rails.

Ridership throughout June was on average 42% higher than prior to the pandemic in 2019, particularly for journeys of less than 300 kilometers, according to the Federal Statistical Office.

At the same time, there was a slight decrease in road traffic throughout the month. An analysis by the traffic data specialist TomTom for the German Press Agency found a decrease in congestion in 23 of 26 examined cities.

“A positive effect on traffic flow can be seen in almost all cities in Germany,”  said TomTom traffic expert Ralf-Peter Schäfer. Though actual affects vary, “in some cities like Hamburg or Wiesbaden, the average congestion dropped by around 14% — meaning that for every 30-hour drive, drivers saved over 4 minutes.” During rush hour, the difference would often be even more.

Initially skeptical, even German federal transport minister, Volker Wissing of the economically conservative FDP party, has been won over.

Deeming it a “brilliant success” and “the best idea for rail transport in a very long time,” Wissing states that since June, “We have noticeably less traffic on the roads, significantly less traffic jams.”

Apparently, said the surprised politician, “many have switched from cars to buses and trains.”

What’s too expensive?
Yet despite Wissing’s enthusiasm, as of press time, an extension of the popular €9 ticket seems unlikely.

Yet the wholly state-owned Deutsche Bahn (DB) has itself received several massive federal cash infusions both before and during the COVID-19 pandemic.

A key part of the previous government’s strategy to reduce carbon dioxide emissions, back in January of 2020, the then “Grand Coalition” government announced plans to invest over €86 billion in DB over the next decade to upgrade and reduce emissions from its aging network.

Earlier this year too, DB announced that combined state and federal spending will pay for another €13.6 billion in rail infrastructure.

“Every euro invested in rail is a euro that goes towards the protection of the environment,” said Ronald Pofalla, Deutsche Bahn’s CEO for infrastructure in February.

Worse, Berlin’s current hesitation to extend the subsidized ticket out of economic concerns comes just as new data published in July shows that extreme heat, drought and floods caused by climate change are costing Germany some €6.6 billion in damages annually, with some severe episodes pushing losses into the tens of billions.

Though this prompted federal environmental minister Steffi Lemke (Green) to declare that “we must, and we will now invest more in climate protection and climate adaptation to protect our population better.”

Yet at the end of the day, it’s not so clear that the whole coalition is onboard with what exactly is affordable.

What about a climate ticket?
As noted in the Heinrich Böll Stiftung’s 2021 European Mobility Atlas, “sustainable transport and mobility are key to tackling the climate crisis and achieving the targets of the European Green Deal.”

In that sense, the €9 ticket has done significantly more for both the environment and for consumers than other government measures this summer such as eliminating federal taxes on each liter of gasoline or diesel that drivers pay at the pump. It’s also simplified Germany’s rather confusing and variable public transport ticketing schemes.

Full disclosure: before the introduction of this summer’s discounted ticket, when this author took a regional train from his home in the former capital city of Bonn to the nearest metropolis of Cologne, a one-way regional fare for the 35km trip was already €9.

Anxious not to lose the rebounding usage, passenger groups, consumer organizations, various states and municipal associations, the Green Party and Deutsche Bahn are all pressing for some kind of successor.

The Association of German Transport Companies (VDV) has proposed a nationwide €69 monthly ticket. To be branded a “climate ticket”, it would function in a similar way to Vienna, Austria’s heavily subsidised public transport offer of the same name.  Note: Austria’s yearly pass costs approximately €3 per day, but still various in cost depending on which state issues it and which services it is used for.

Even if priced at a maximum of one euro per day, a so-called “365 ticket” could save households several hundred euros per month and at the same time save up to 6 million tons of CO2 per year, according to a calculation by Greenpeace. (For a deeper dive into Greenpeace’s calculations, click here).

“A permanent climate ticket offers answers to two urgent problems: it noticeably relieves the households hit by the energy crisis and it finally promotes climate protection in traffic,” says Greenpeace traffic expert Marissa Reiserer. “If the federal government now specifically eliminates subsidies that are harmful to the climate, a climate ticket will not even cost the federal government any additional money.”

The estimated cost of a 365-euro ticket is around 4 billion euros per year — a relatively small price for the federal government.

Ironically, at the beginning of 2022, Berlin decided to cut federal support for rail by some €3 billion after two years of much higher support in 2020 and 2021. Neither support for highways nor waterways were so drastically impacted.

One way to finance this, for instance, says Green Party leader Ricarda Lang is to dismantle the tax breaks given to the driving of company cars.

“The money for a climate ticket is there, but the federal government has so far spent it on climate-damaging subsidies,” said Reiserer.

But Transport Minister Wissing is not convinced. Instead he’s only promising to “carefully examine and evaluate” next steps at the beginning of November when specific ticket data becomes available.

Many fear the end of the year will be too late as Germany braces for exploding energy prices this winter, particularly if Russia cuts off gas supplies.

With summer holidays ending, September is exactly when people are likely to rely more on public mass transport or return to their own cars.

But without additional support from the federal government, state and local transport authorities are now warning the already anxious public that ticket prices for rails, busses and trams may be increased to pay for expected higher fuel costs.

To help steer policy in a better direction, various NGOs are taking action and organizing citizen initiatives. While hopefully there are many other examples, here is one.