On February 24th, 2022, Russia launched a wide range of attacks on Ukraine. The invasion has left the European Union desperately searching for alternative energy sources to replace Russia’s fossil fuels. As a result, the invasion has also led to global fluctuations in crude oil prices, which directly impact fuel prices, so the higher crude oil prices are, the higher gas prices are likely to be. Samuel Ajala takes a closer look on how these circumstances affect Nigeria. 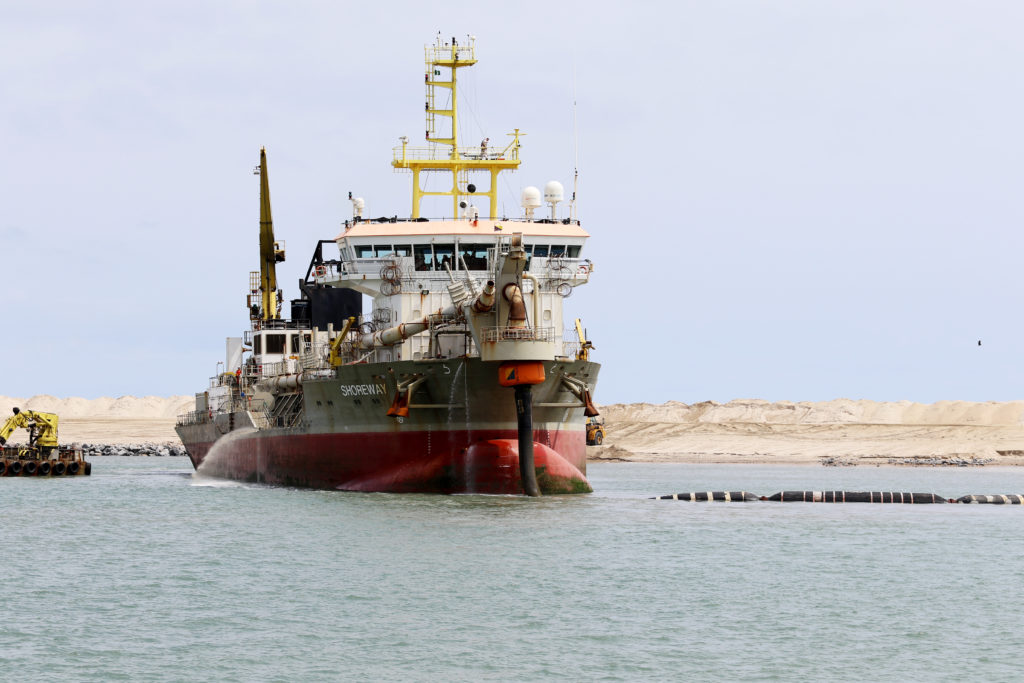 For Nigeria, as undisputedly Africa’s giant and most populous country, with a population of 213 million people and an estimated GDP of 45 trillion naira (115 billion USD) as of the third quarter of 2021, there has been a surge in energy prices and subsidies, which is also connected to the ongoing Russia-Ukraine war.

The country is Africa’s largest crude oil producer, with the second-largest proven oil reserves on the continent and the world’s seventh-largest oil exporter in 2020. It exported $30 billion worth of oil, about 4.68% of the global total.

Details from the Observatory of Economic Complexity show that Russia contributes only 0.6% of Nigeria’s refined petroleum importation, which is largely imported from the Netherlands and Belgium. 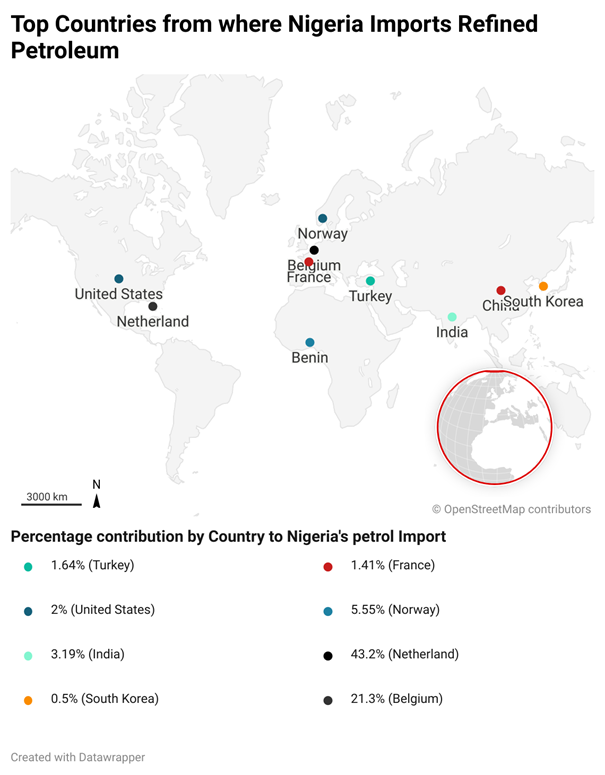 Recently, Nigeria’s President, Muhammadu Buhari, said the country would need up to four trillion naira for the 2022 subsidy payment, up from the earlier projected N3 trillion. He blamed this development on rising oil prices amid high global demand due to the Russia and Ukraine war.

According to a recent report by the National Bureau of Statistics (NBS), Nigeria’s inflation rate rose to 16.82 percent in April, recording the highest jump in eight months. The consumer price index, which measures the rate of increase in the price of goods and services, jumped amid increases recorded in food and energy prices.

From late January till early April this year, Nigerians faced supply disruptions as there were long queues at filling stations due to a shortage in the supply of the products, which are largely imported due to the dire state of the local refineries. The effect has been seen in the surging price of diesel in Nigeria and the disruption in petrol supply.

Over the years, Nigeria’s strength as an oil-producing country has been continually threatened by its inability to refine crude oil for domestic consumption locally.

The country intends to reduce greenhouse gas (GHG) emissions by at least 47% by 2030. Reducing fugitive emissions from oil and gas production by 60% by 2031 is one of the country’s nationally determined contributions (NDCs) under the Paris Agreement.

However, it’s said that Nigeria’s climate change goals will greatly impact production practices. To achieve these targets, stakeholders have called for sustainable transition pathways and close monitoring of climate commitments.

In an interview with EnergyTransition, energy experts shared their views on how the move on replacing Russian fossil fuels impacts Nigeria’s production plans and energy prices. They also emphasized on the need for Nigeria to put in place a proper structure to transport gas continentally to Europe.

She said, “Prices have definitely gone up because when crude prices go up, the proceeding petroleum products that come from the refinery also go up. So, Nigeria is making more money on selling crude but then, we’re losing just equally the same amount, if not more, from importing because we’re solely dependent on crude.

“So, hopefully, with time, when things ease up, it’d really make the government focus on making sure we build a robust refinery capacity. And I’m not talking about the Dangote refinery. Dangote refinery might as well be a foreign refinery.

“But other local players who have indicated interest in building refineries but just don’t have an enabling environment to proceed and of course, because there is scarcity of infrastructure finance for countries like Nigeria where there’s a lot of corruption, there’s a lot of wastage and the pricing for product sales is not quite certain.

“So, no bank is willing to put its money into such a product without the guarantee that prices from the proceeds of the refinery process, would bring the right kind of profits, that’d pay for their facilities,” the energy expert added.

Mrs Onadeko further noted that Nigeria is missing out on many deals since Africa is the go-to place when people are trying to diversify their energy needs. She said many of the projects that Africa, specifically Nigeria, was supposed to do, like the Trans-Sahara pipeline to move gas from Nigeria into Europe, didn’t quite turn out.

“The government didn’t follow through on it. There’s now the West Africa to Morocco pipeline which is lagging behind a few years. So, unfortunately, we’re not able to fully benefit from this need for gas.

“Quite a few of the gas projects that were supposed to have been done in Nigeria never happened. And this would have been a perfect opportunity for Nigeria to cash in. But if we look at the cost of building the infrastructure and the time deficit to catch up on those projects, it’s unlikely that we’d be beneficiaries of the season that we’re in right now,” she explained.

In addition, the Manager of Delt-R Company Limited said most of the queues in filling stations in Nigeria happened because the country is not managing its supply chain properly. She said the government is the sole importer of petroleum products and that when they are low on foreign exchange, it affects the smoothness of importation.

Chigozie Nweke-Eze, Chief Executive Officer (CEO) of Integrated Africa Power (IAP), said Nigeria is a victim of the ongoing war between Ukraine and Russia because the country still depends on fossil fuel imports.

However, he also said it could be an opportunity for Nigeria to provide a solution to the run on replacing Russian fossil fuel in Europe by having a running refinery.

“Nigeria could become an exporter of even more gas to Europe and also try to take some of the percentages that Russia is giving up right now due to sanctions. So, that would have been an opportunity, so to say, for Nigeria.

“But as you know, the refinery capacity is not yet there to take up that. But we also know of the recent Dangote refinery, which we are hoping will come on board. So such kinds of moves are things that kind of give some hope that Nigeria could step out and become a net exporter of gas,” he said.

Mr Nweke-Eze, who is also an energy expert with Institute for Advanced Sustainability Studies (IASS), Germany advised the Nigerian government to get it right on transporting gas transcontinentally if the country is thinking about exporting gas to Europe.

“So, of course, if Nigeria wants to export gas, building those kinds of gas pipe infrastructures are very important. And then, that is one way of transporting gas for export. Another way, as Nigeria does right now is to also to get the pipeline done as traditional preparation for transporting of gas.

“So, it’s on two levels. For Nigeria to avoid this shock, it needs to be self-sufficient in gas, that is by producing, mining and also refining it within the country. And then exporting the excesses to other countries, including Europe,” he ended.