Small island states tend to face a double challenge when it comes to energy: Securing sufficient energy supplies and dealing with the immediate impacts of climate change. The Caribbean – comprised of 31 individual island states – is facing the brunt of energy and climate insecurity. As the region suffers a Covid-induced economic slump in its all-important tourism industry, it is also witnessing increasing extreme weather events, rising sea levels and extremely high electricity and energy prices. The latter three phenomena have been around for years, so why has the Caribbean not adapted a more sustainable energy policy? Rebecca Bertram has the Details. 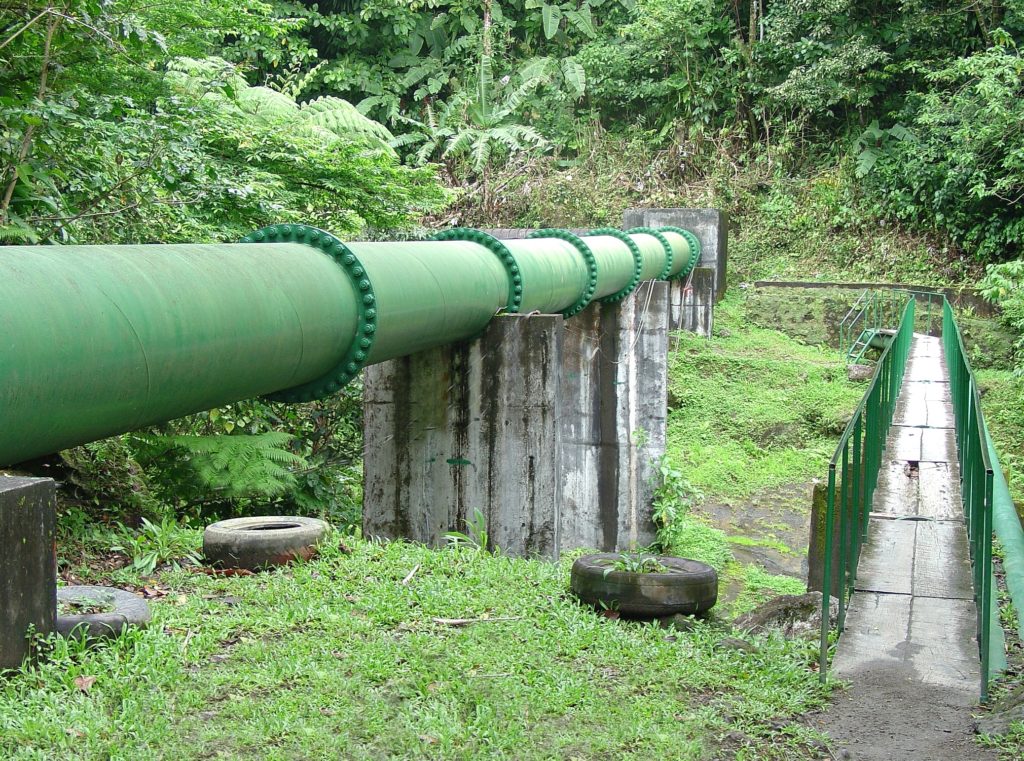 What with its sunny skies, its abundant water and wind resources, you might assume that the Caribbean has ample renewable energy production. Yet only a handful of Caribbean countries, including Aruba, Dominica and the Dominican Republic – those with one or more hydro power plants – have a renewable energy share of more than 10 percent. According to the World Bank, the average solar power potential in the region lies at an impressive 1900 kWh per year. This is more or less double the solar potential of Germany, for example, which has a mere 900 kWh per year. For offshore wind, the World Bank estimates an even more impressive potential in the Caribbean of 751 GW, of which 238 GW could be generated by fixed and 513 GW by floating turbines.

Despite its renewable potential, the Caribbean has a long history of fossil-fuel dependency. Due to its geography, small population and characteristics of small island states, its energy systems require flexible power plants and sufficient back-up capacity. Therefore, in recent years oil and diesel has made up more than 90 percent of the total needed to sate its primary energy consumption. Yet such dependence on fossil fuels is neither sustainable from an economic nor an environmental perspective. Except for Trinidad and Tobago, the region has to import large amounts of oil and diesel, which makes it vulnerable to fluctuating commodity prices. According to the Council of the Americas, the region spends around 13 percent of GDP on oil imports. Given Russia’s war against Ukraine and the subsequently soaring fossil fuel prices, it is high time for the Caribbean to strike a new path towards a more sustainable energy policy.

This dramatic increase in fossil fuel prices and slumping tourism earnings during the pandemic leaves the Caribbean in need of an urgent fix. Many countries are using post-pandemic stimulus packages to revive their troubled economies. The region could use much of this stimulus money to make long-overdue investment in renewable energy infrastructure and efficiency measures. If the Caribbean states invested 25 percent of their overall stimulus budget in solar, wind and hydro energy as well as the necessary infrastructure so that renewables would make up 90 percent of energy production by 2030, it could save up to 9 billion US Dollars in fuel costs, according to Sustainable Energy for All. Furthermore, investing in renewable energy infrastructure in the Caribbean could trigger up to 633 million US Dollars in additional GDP.

This may sound enticing but there is a reason for why a renewable energy transition has failed to materialise in the Caribbean. According to the Caribbean Community (CARICOM), the strongest interregional organization consisting of 12 Caribbean countries, a number of key barriers have been slowing the process of a sustainable energy transition in the region: Its geography and small population has left many of the islands with largely isolated grid networks with very modest generation capacity. Electricity systems tend to run at low efficiency and most its equipment is out of date. There thus is an urgent need for basic energy investments across the islands to facilitate the roll out of new renewable energy sources.

Meaanwhile, the region’s dependence on fossil fuel imports impacts the national finances of individual Caribbean countries. This means that they have only limited capacity to invest in other areas. It is therefore vital that any stimulus money not flow solely into fixing disastrous public budgets but right into a different energy strategy.

Other governance barriers include weak regulations and tariffs, largely inefficient administration and maintenance, and persisting monopolies in transmission and distribution. In light of this, the Caribbean has some of the highest electricity prices worldwide, four-times that of Florida, and very high technical losses.

The potential for better interconnection between islands – while very much a topic for regional energy summits – has also been largely left untapped. The immediate benefit of a regional approach to energy would be to reduce overall operating costs by generating electricity where it is cheapest. At the same time, there is a prevailing fear of increasing consumer energy prices even further and a lack of technical knowhow and data by policy makers in the region to initiate necessary reforms.

Over all, the Caribbean has to reform its energy system while being financially constrained by the pandemic. Yet, looking ahead, avoiding reform in the energy sector will spark even greater economic hardship. Perhaps now that the area faces such gargantuan hurdles, policy leaders will sieze the opportunity for real regional energy integration and kickstart a long overdue sustainable energy policy.