Southeast Asia’s Energiewende is already underway, albeit it needs to be sped up and its ambitions increased. There is a regional understanding that the transition to renewables must occur but serious work to translate this vision into reality remains missing. Policy, however, is not attuned to this need to accelerate. Energy generation is still with the hands of energy elites. Laurence L. Delina explores the potential for a just and accelerated Energiewende in this world region as first part of our Southeast Asia Series. What could Southeast Asia as a regional grouping do to facilitate this grand vision? 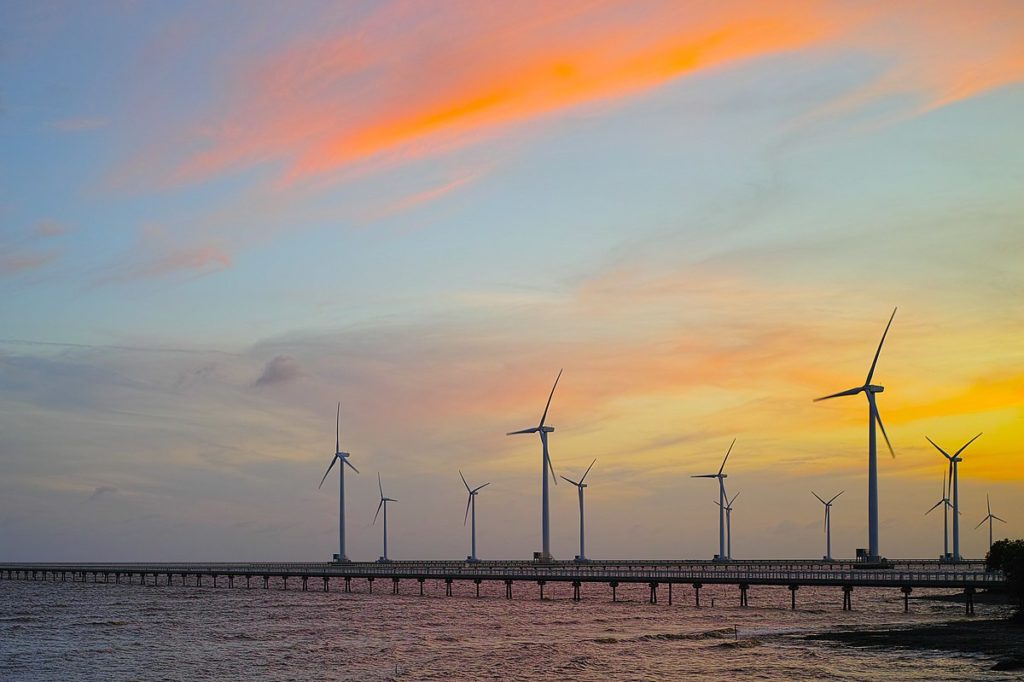 Energy demand had slowed down especially during periods of lockdowns, when industries reduced their activities. The consequences of this decline quickly registered in terms of cleaner air as air pollution ebbed. However, as economic sectors begun opening again, energy use had bounced, increasing emissions once more. The lessons here are clear. Without efforts to change the structures of our present energy systems, energy emissions and pollution profiles have no way of changing.

A Southeast Asian Energiewende requires an all-hands-in-deck approach that begins with national efforts. The case of Vietnam’s rising solar and wind capacity generation is illustrative. In 2020, just as the pandemic started raging all over the world, Vietnam’s solar energy performance hit a world record. The country’s rooftop solar market became more attractive to invest in compared to utility-scale projects such as coal-fired power plants as the country’s energy demand increased while grid conditions remain weak. The Vietnamese government thus decided to promote solar with attractive investments and policy support. Wind power has also started to gain traction in the country with 140 onshore and offshore wind farms planned.

Vietnam’s accelerating Energiewende suggests a rapid transition could happen in Southeast Asia. These are key energy transition milestones, and so are other efforts to increase solar energy in Cambodia and Myanmar. In my report, I argued that more could be done if all Southeast Asian countries deployed similar supportive policies, including opening their energy markets and energy infrastructures to the energy transition.

Pandemic recovery plans offer opportunities for ensuring that Energiewende occurs simultaneously with economic recovery. Malaysia has shown that this can be done by bringing sustainability efforts front-and-center in stimulus packages. Although these efforts are remarkable, it remains paramount to scale them up at the level of a national agenda. Unless there is a strong push from national governments to support the transition to renewables, there is no way the transition can accelerate.

This is where renewable energy targets that explicitly mentions the capacity required to replace existing fossil fuel systems – not additions but replacements – coupled with clear policies come in. Vietnam’s case is an excellent illustration of a real energy transition: renewable solar displacing coal.

Although all Southeast Asian countries have renewable energy targets, these, at present, are still smaller compared to their potentials. Fossil fuels still dominate these countries’ energy mixes. Plans and targets to completely replace coal, oil, and gas with renewable solar, wind, and water remain absent. What we are seeing now are mere capacity additions – to supplement existing fossil fuels.

As the climate changes and its impacts are felt at crisis levels, energy sources – closer to where the demands are – will be required. One of these includes immediate energy resource to be deployed following a strong typhoon. Supertyphoons are now a regular occurrence in the Philippines, where access to energy after these extreme weather events became paramount. Energy is needed for cooking, illumination, communications, and rebuilding efforts. In this regard, we now could not rely on grids that convey energy from centralized coal-fired power plants to meet these needs. They are never resilient. Modular, small-scale, decentralized, and distributed solar PV systems are more appropriate. Supporting their deployments in communities along the typhoon belt, therefore, make sense.

Another climate impact strongly related to energy demand is the need to cope with extreme heat as the temperature rises. Hotter days and nights have public health implications, exposing sectors that are already vulnerable, such as the elderly and the impaired, to further suffering. Since most countries in Southeast Asia have very low ownership of air conditioning units, the drive for space cooling could mean an increase in the use of older air conditioning models resulting in a lock-in of energy inefficiency.

Beyond the need to displace fossil fuels and address energy resilience at times of weather extremes, the region’s Energiewende should also include efforts to close energy poverty. Majority of energy-poor people in the region are impossible to be reached by the grid, hence their only option is a decentralized energy system. Home-scale solar, community-owned wind, and microhydro can meet this condition. These low-cost efforts could also deliver several other co-benefits, including in terms of women’s empowerment through energy entrepreneurship.

The benefits of decentralized renewable energy systems are not only applicable to off-grid communities but are also attainable in dense environments such as in fast-urbanizing Southeast Asia. Since renewable energy can be generated at the point of use, consumers are turned into prosumers, leveling the opportunity for participation to everyone and, therefore, offering new avenues for energy democracy.

While local and national level of work matters for energy transition, a regional approach is also essential. Policy innovations, such as that by Vietnam’s, can be shared across countries, despite differences in energy markets. Southeast Asian cooperation is not new. Energy is among the most important resource that have been traded bilaterally. Plans for regional energy markets have already been drawn by the ASEAN, for instance, and time will only tell when it will be realized. Reaching that idealized energy future requires hurdling several barriers, including how to address heterogeneous energy markets, rules, and regulations. Political commitment from governments, therefore, remains crucial. This brings us full circle to the argument I posited earlier.

Energiewende in Southeast Asia addresses a number of challenges: from energy poverty to energy resilience to energy democracy. It is an ambition worth pursuing.

This blog post is part of energytransition.org series of summary articles of a Paper Series on Energy Landscapes in Southeast Asia by the Heinrich-Böll-Stiftung Thailand. Feel free to read the full reports as well as other informative resources on the web dossier on the energy transition in South East Asia. It contains analyses, features, research and other multimedia materials from regional experts, academics, journalists and our partners

Dr. Laurence L. Delina is assistant professor at the Division of Environment and Sustainability at the Hong Kong University of Science and Technology. His research interests are on the rapid mitigation of climate change, accelerating sustainable and just energy transitions, and climate mobilization.