Tellingly, it was concern about the Carbon Border Adjustment Mechanism (CBAM), the EU’s proposed carbon tariff on carbon-intensive products, that pushed Moscow to get more serious about lowering emissions. Paul Hockenos investigates. 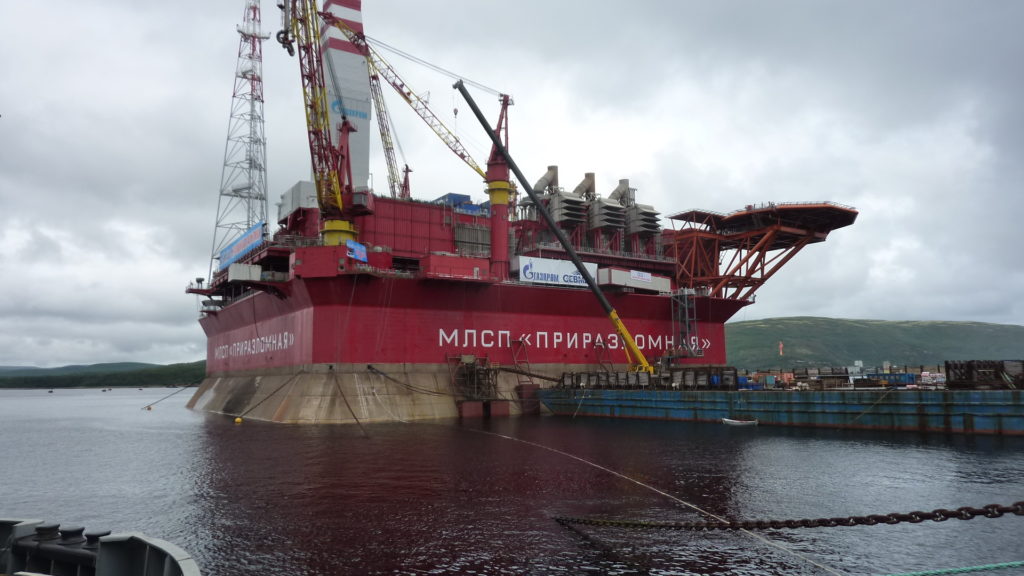 Russia had been one of the stragglers in the UN climate negotiations started in Paris in 2015. It only ratified the accord in 2019, making Russia one of the last signatory countries to do so. And Russia’s declared commitments were transparently thin and reflected its skepticism: to reduce emissions by 25 to 30 percent by 2030 compared to 1990 levels. The post-Soviet industrial slump had already accomplished this much.

In fact, Russian president Vladimir Putin remained deeply doubtful about the process and Russia’s role in it. In 2003, Putin mocked the renewable energy transition saying: “When these ideas of reducing energy production to zero or relying only on solar or wind power are promoted, I think humanity could once again end up in caves, simply because it won’t consume anything.” Even as recently as 2019, he disparaged wind turbines, saying they “cause worms to come out of the soil.”

But 2021 has been paradigm-changing, even if it’s hard to tell whether the climate sceptic Putin has really turned over a new leaf, as experts Tatiana Lanshina and Yana Zabanova argue convincingly in recent publications. In June, Putin announced that Russia would develop a plan to cut carbon emissions to below the level of the EU by 2050. He even said: “The planet needs informed, responsible actions by all market participants — both producers and consumers — focused on the long-term, in the interests of the sustainable development of all our countries.” On the eve of the Glasgow COP 26 in October, he pledged that Russia would strive for carbon neutrality by 2060.

Moreover, equally unthinkable just a few years ago, Russia now has a taxonomy of green and transition projects, which draws heavily on the EU taxonomy. “Institutional investors have proven their appetite for green bonds, but they seek confidence and guidance to commit the trillions required for rapid decarbonisation to net zero. The Russian taxonomy adds to the wave of regulators that are adopting international best practice and providing credible green definitions,” said Sean Kidney of the NGO Climate Bonds Initiative.

The country is also currently working on creating the foundation for a future carbon monitoring and regulation system. Ultimately, these are feathers in the cap of the EU, which got the ball rolling.

Bravo, indeed! This change of tune couldn’t possibly be more welcome from a leader who had long claimed that the climate crisis would play to Russia’s advantage.

But as Lanshina and Zabanova underscore, Putin’s proclamations are a large portion of bluster. “Russia will develop climate targets and adopt low-carbon strategic documents in the coming years,“ argues Lanshina, senior research associate at the Russian Presidential Academy of National Economy and Public Administration. “But these plans will rely on traditional technologies such as nuclear power and large hydroelectric power plants, as well as the absorptive capacity of forests.“ Russia, she says, considers natural gas a clean fossil fuel. There are no plans, nor will there be any soon if ever, to draw down the country’s sprawling oil and gas industry.

Putin’s strategy is all about Russia and not about climate protection. Russian energy companies, says Lanshina, will extract and export as much fossil fuel as possible before demand begins sloping downward, as Russia now realizes that it, eventually, will.

Fascinatingly, and evidence that the idea alone of the CBAM is having an impact, the real motivator prompting Russia to formulate goals and begin decarbonization is the fear that its trade market – in particular iron and steel, aluminium, fertilizers, cement, and electricity – will suffer when the CBAM goes into effect in full in 2026. “This sparked an astounding turnaround in the Russian debate on energy transition, decarbonization, and climate change,“ argues Zabanova, a researcher at Institute for Advanced Sustainability Studies in Potsdam.

Even though the levy as it now stands would only affect 2 percent of Russian total exports (5 percent to the EU), the cost to the Russian economy could be as much as €50.6 billion by 2030. So seriously is it being taken, that the muscular industrial lobby group, Russian Union of Industrialists and Entrepreneurs (RSPP), called to life a committee on climate policy and carbon regulation, which involves 30 leading companies. Its intention, argues Zabanova, is far-sighted, namely to shape government policy so as to protect its members from the tax.

The way Russia thinks about it now is such: rather than try to challenge the mechanism before the WHO, which it had intended to do, perhaps it’s possible to find ways to adapt and possibly even exploit the CBAM for purposes of development. “The emerging consensus in Russia seems to be that if cross-border carbon regulation is inevitable, then it would be preferable to create a system in which Russian companies would pay taxes and invest in green technologies at home, rather than contribute to filling the EU’s coffers or suffer loss of the market share,“ argues Zabanova.

Intriguingly, and wholly new to me, there seem to be two areas that are actually doing pioneering work in decarbonization in Russia: the Ulyanovsk oblast, southeast of Moscow, which is becoming a green energy hub; and Sakhalin, Russia’s largest island, which lies in the far east, is scheduled to go carbon neutral by 2025.

Perhaps in these tiny, far-off places lies the hope that Russia will really get on track one day soon. It would be intriguing to know more about them.