Anger, sorrow and fear were some of the feelings triggered on November 30 as online news platforms reported that an eight-year-old girl from Hwange had died from third degree burns sustained from a coal seam fire, three weeks earlier. 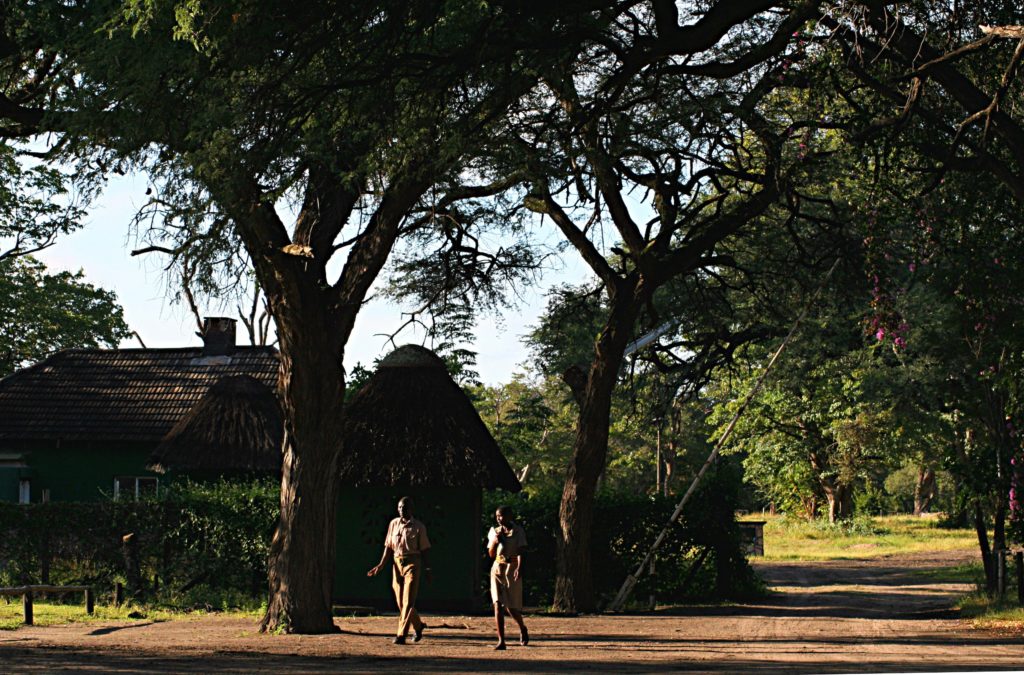 A coal seam fire happens when a fossil fuel such as coal burns low and slow underground for decades or even centuries. According to Global Forest Watch, the out-of-sight nature of the fires make them hard to detect at first and even harder to extinguish, a situation that has become a constant danger for communities living in coal mining areas, where locals are at danger of falling into pits of red-hot cinder.

Before the child’s tragic death, horrifying pictures of her injuries had been circulating on social media. They renewed dabate on whether coals contributions – it makes up close to half the country’s grid electricity – merit its negative consequences.

This was not the first time such coal has killed or injured. Mostly children are affected, with one of the recent cases being that of a six-year-old boy scalded in September according to a Center for Natural Resource Governance (CNRG) report.

“The burns that he sustained are severe such that doctors had to cut off some flesh from his thighs and grafted it on his burnt feet,” reads part of the report titled Effects of Coal Seam Fires and Other Environmental Hazards on Children in Hwange.

“The traumatic experience is likely to affect the child’s psycho-social development as his ability to engage in educational and extracurricular activities like other children has been negatively impacted.”

These are some of the direct effects of coal mining, particularly in Hwange, the country’s coal hub, over the decades. On a larger scale, locals have encountered water and air pollution, human-wildlife conflicts as well as many other environmental damages following the extraction of the abundant mineral over the decades.

However, in complete disregard of such consequences, the government of Zimbabwe has to date continued awarding coal-mining grants in the area.

Some 30 kilometers east of the town along the Bulawayo-Victoria Falls road lies Dinde, which lies land about to be mined. Hundreds of families in the rural settlement are on the verge of displacement to make way for a foreign-owned start-up that was recently granted a license to open a coal mine in their village.

Beifa Investments is a Hwange-based, Chinese-owned coal firm, which was in December 2019 licensed by government to carry out coal exploration in a special grant that covers virtually all of Dinde communal lands under the Hwange Rural District Council.

“As Government we are convinced that the mining sector is a forerunner in the provision of backward and forward linkages with other economic sectors, creation of decent jobs, infrastructure development, export earnings and becoming the most preferred investment portfolio,” said President Emmerson Mnangagwa in 2019 as he launched the roadmap to the achievement of a US$12 billion mining industry. “It is envisaged that investments and benefits accruing from this sector will be critical building blocks for a prosperous Zimbabwe.”

Under the plan, coal alone is expected to contribute US$1 billion to the economy and it is through this policy that coal extraction has been rapidly expanding in Hwange. Ironically, the mining roadmap was launched in 2019, barely 3 years after the country had ratified the Paris Agreement, pledging to reduce emissions per capita by 33% (this has since been revised upwards), before 2030 – which queries the country’s commitment to the pledge.

“What we do not get is why this mining project, that we continue to defy in Dinde, can be considered a development for us when all it brings is displacement and suffering,” says Never Tshuma, the chairperson of the Dinde Residents Association.

“Surely mining cannot be considered more important than our lives and wellness. This is an attack on our constitutional rights and we are not happy with it.”

True to Tshuma’s sentiments, coal mining has been nothing but a curse for most Hwange villagers given that most of them are not even connected to the national electricity grid.

More often than not, they are forced to sacrifice their health, land and progress to make way for extraction that comes with a few menial jobs for locals and insignificant infrastructural development.

This, despite the vast plains of relatively barren land and high temperatures suggesting that a cleaner alternative like solar farms could flourish in the same area.

Additionally, Zimbabwe launched its National Renewable Energy Policy last year in a bid to “provide energy access to all in a sustainable manner by increasing the contribution of renewables in the country’s energy mix”.

The NREP also suggests that clean energy alone, in the form of solar, hydro, biomass, geothermal and wind, has the potential of satisfying the local demand for electricity leaving a surplus. This means that instead of expanding coal projects, there is an urgent need to quicken the country’s energy transition from fossil fuel towards cleaner sources.

If this cannot be done to secure a better future for communities in Hwange then perhaps it should be done to avoid swimming against the tide in the global quest to keep global warming below 1.5 degrees celsius by 2050.