One of the issues hindering Zimbabwe’s urgent development trajectory is its insistent energy shortages. This has seen the government place power production at the top of priorities to achieve an “Empowered and Prosperous Upper Middle-Income Society” between 2021 and 2030. While it is unavoidable that the country will have to increase access to modern as well as sustainable energy to fulfill development plans. The current borrowing to expand and construct coal thermal power stations has sparked debate around the rationality of development using toxic means. In this story, Kennedy Nyavaya writes about how diverting investments to renewable projects will help Zimbabwe utilise its vast clean power potential and take a quick turn towards climate neutrality as well as create green jobs. 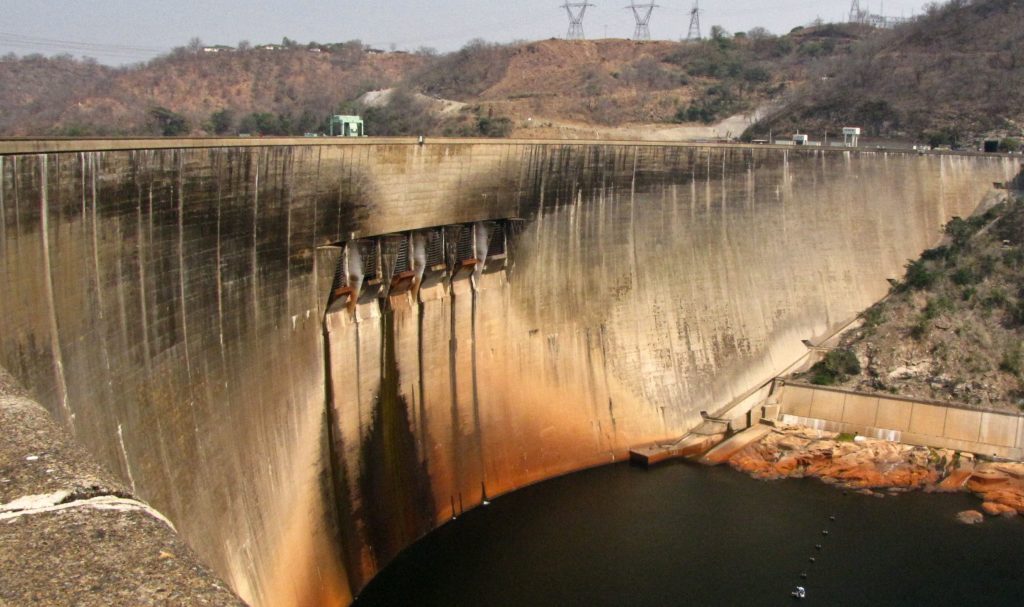 Hydro Station Kariba could not compensate power-shortages in the past. (Photo by Joe McKenna, CC BY-NC 2.0)

Officials from Zimbabwe’s energy ministry and the state-owned power utility, Zesa Holdings, have been at pains to explain the worsening and persistent power cuts experienced across the country over the past two months.

A few weeks ago, reports suggested that the situation would get better following the rectification of yet another technical fault at the Hwange Station, the country’s largest thermal power station, but nothing could be further from the truth.

The nation recently woke up to an appalling memo from the Zimbabwe Electricity Transmission and Distribution Company (ZETDC) –a Zesa distribution subsidiary- announcing the immediate return of everyday load shedding the deliberate shutdown of electric power in a part or parts of a power-distribution system, generally to prevent the failure of the entire system when the demand strains the capacity of the system.

“The Zimbabwe Electricity Transmission and Distribution Company is experiencing a power shortfall due to generation constraints at Hwange Power Station, limited imports and a programme of dam wall rehabilitation at Kariba, which requires that two generators be taken out daily for 12 hours,” read parts of the statement.

“The power shortfall is being managed through load shedding in order to balance the power supply available and the connected load.”

This is not the first time and may certainly not be the last that the station, which accounts for half of the country’s grid electricity with an installed capacity of 920 Megawatts (MW), has broken down, leaving the country in a desperate situation.

In 2019 and early 2020, the country experienced severe power shortages of up to 18 hours a day due to the repeated malfunctioning of obsolete equipment at Hwange.

This came at a time when the other big Hydro Station Kariba, had very low output owing to back-to-back droughts, further exacerbating the crisis.

However, the country’s current reality and mooted solutions stand in opposition to its clean power prospects. Energy and power production is one of the main pillars in the Southern African country’s short and long-term development strategies and plans have been set to increase availability and efficiency.

A major part of the country’s roadmap towards energy efficiency has been the licensing of Independent Power Producers (IPPs) in a bid to boost power generation and supply.

IPPs are power projects that are privately sponsored, developed and operated, and have long-term power purchase agreements (PPAs) with the national power utility. About 80% of those registered so far are focusing on clean energy production.

But of over 80 independent energy projects, registered over the last decade with a potential to feed over 7,000 MW to the grid -three times the country’s requirement- only a handful are functional and producing less than 5% of expected output.

Earlier this year, a report by the Parliamentary Portfolio Committee on Energy and Power Development showed that IPPs are feeding an insignificant 135,8 MW into the domestic network.

Local energy experts mainly say the widespread failure to operate or to expand is due to a shortage in capital, particularly the much-needed foreign direct investments (FDI).

“Energy generation projects are extremely capital intensive and for the scale of energy investment that we need here, that amount of capital is not on offer,” says Nyangani Renewable Energy managing director engineer Ian McKersie.

According to McKersie, local IPPs like Nyangani Renewable Energy, which runs mini-hydroelectric stations and solar fields in rural Zimbabwe, need foreign direct investments to operate but that has not been easy to attain given the uncertainty of the economy among other factors.

“There is a large forex (foreign currency) component for the capital equipment and therefore the ideal funding solution is for FDI to fund the forex component and any portion of the local component not able to be funded adequately from the local sources of finance,” McKersie said.

But, McKersie says, there is a prevailing difficulty in accessing offshore funding as a result of, among other economic discrepancies, the inability of the offtaker customer –ZETDC- to pay adequately for electricity supplied by IPPs.

“If an investor cannot see a clear line of sight between his investment and the returns promised by that investment, he will be reluctant to invest,” McKersie adds.

Ironically, and with support from the government, it has been easier for coal mining corporations to catch the interest of big capital investors.

The Hwange Power Station has been undergoing an expansion process to increase capacity by 600MW since 2019 at an estimated budget of US$1.5 Billion while US$3 Billion was pledged towards the 2,100 MW Thermal Power project at Sengwa, again with a nod from the government.

At a time when capital is scarce for renewable energy pursuits, these Chinese funded billion-dollar projects towards coal exploitation epitomize betrayal of the country’s commitment to a cleaner future.

Last year, the country officially adopted the National Renewable Energy Policy (NREP) and Biofuels Policy in a bid to “increase access to clean and affordable energy through addition of installed RE (Renewable Energy).”

Anchored on a vision to provide sustainable energy access to all by increasing the mix of RE sources, a snail-paced approach to policy implementation is proving to be an Achilles heel.

“We are currently having a major shift from the initial plans we had in terms of energy production as a country, what we have now is a phased approach towards renewable energy technology,” Mashungu said.

However, even by his admission, there is a need for urgency in implementing RE policy in the country considering the ecological effects of using coal as a major source of energy.

Meanwhile, the country as a whole has experienced first hand the impacts of climate change, a phenomenon exacerbated by greenhouse gas emissions mainly from coal pollution globally.

Energy production accounts for about 49% of local greenhouse gas discharge according to official Climate department data, with Zimbabwe targeting to reduce per capita energy emissions by 33% below the projected business as usual scenario by 2030.

But, these global commitments are sure to be missed amid the extended burning of coal.

Diversion of investment from coal projects, despite huge fossil fuel deposits, would be a long-term and ecologically sound form of development for the economically vulnerable country.

Zimbabwe has a vast potential of untapped clean energy sources including solar, hydro and wind among others. The country, for example, already boasts of over 300 days of sun annually, making establishment of massive solar farms a viable option.

All that is needed now is willingness to acknowledge the destructive effects of unsustainable energy sources and speed up the implementation of the already crafted clean energy policies.