A carbon market may reduce carbon emissions as shown by the European Union’s Emissions Trading System (EU-ETS). But market-based approaches to climate change raise several issues that politicians need to resolve during COP 26 in Glasgow. In this last article in a series of analysis into Article 6 of the Paris Agreement, Michael Davies-Venn explores how injustice, unfairness and inequity are implicit in any international carbon market. 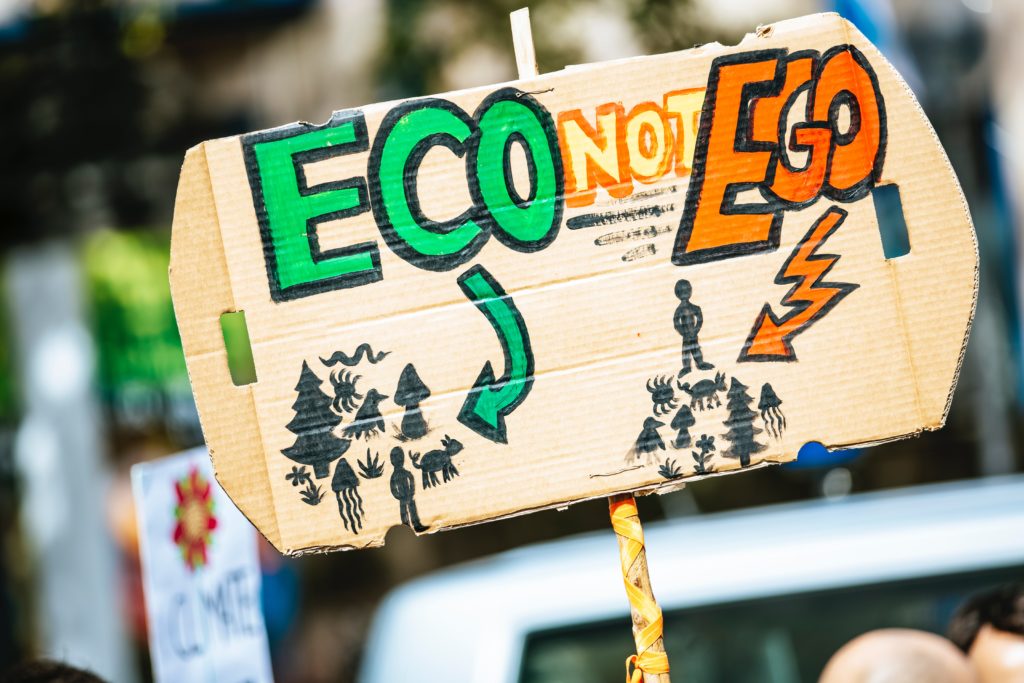 One of the “cooperative approaches” Article 6 introduces is for states and private companies, or “entities” to trade carbon credits in an international carbon market. In UNFCCC patter these are, “internationally transferred mitigation outcomes” (ITMOs). So, if for example, the US produces loads of renewable electricity, it can claim to have reduced emissions by a certain amount, “measured in metric tonnes of carbon dioxide equivalent”. Assuming it has met commitments in its National Determined Contributions (NDC) to reduce emissions, it can then trade credits to Sierra Leone, which can use these ITMOs in its NDC. Both countries would have contributed to reducing global emissions. But it’s not as simple, because for example, as I noted earlier, some see no problem with what the UNFCCC calls “double use of emission reductions” which is they trade credits, get paid, and then count same as contributions to reduce global emissions. Overall the international carbon market is unjust, unfair, and unfit for equity in climate change solutions.

Inequity in an international carbon market

Contributions by developing countries to historic carbon emissions that caused climate change are insignificant. That is as indisputable as the fact that they are most vulnerable to climate change. The principle of common but differentiated responsibilities (CBDR) and “principle of equity” underpinning the Paris Agreement confirms these points.

For developing countries, such as the 54 to be found in the African continent, laden with historic foreign debts, poverty and pervasive underdevelopment, to pay any price at all for engaging in a carbon market undermines principles of the Paris Agreement. Developing countries are not well integrated in the global trade on salmon, never mind carbon. So an international carbon market is certain to maintain status quo. No region in the world gets darker at sunset than the African continent. And if an African home is lit at dusk, we know that in a corner of the continent, less than half of about 1 billion people in Sub-Saharan Africa cannot turn on a light bulb. This is true today as it was when coal and oil were the main energy sources for developed economies. Photovoltaic energy is increasing in Europe even though it has far less solar radiation than Africa. Yet, electricity from solar is lowest in the continent compared to Europe. It is beyond remit of the UNFCCC to fix global trade inequities evident in the solar market. For that reason, UK Prime Minister Boris Johnson should seize the opportunity to ask the politicians he hosts to answer how an international carbon market is an equitable and fair climate change solution.

Human rights must be protected

International trade of carbon credits could  be illegal because “greenhouse gas emission rights are a human right,” a World Bank report says. As I discern from international law, human rights are not tradeable commodities. And the Right to Development is “an inalienable human right by virtue of which every human person” and is legally protected. As links between energy consumption and development cannot be disputed in informed discourse, then use of coal, cheap and accessible, is arguably essential for “full realization of the right of peoples to self-determination” especially for poor countries in dire need of economic and social development. This “inalienable right” that includes countries’ “full sovereignty over all their natural wealth and resources,” is undisputed. Further, oil rich Nigeria has a duty to promote and protect it citizens’ social and economic rights, such as food and education, often at cost to government. Proposed Article 6 rules, such as minimising “risk in determining emission estimates” are focused on market concerns rather than social or legal issues. Developing countries should understandably have little faith on such rules because “actions from our partners such as unilateral coercive economic measures or politicizing climate financing erode trust” says the group of 77 developing countries and China.

The Paris Agreement is clear that states should consider human rights and “the right to development”. This goal runs counter to tenets of economic liberalism underpinning markets. Perhaps why negotiators have so far successfully left Article 6 unburdened with human rights concerns. It was proposed the article “should  not  lead  to  other  environmental  and  social  impacts,  and  should respect human rights”, and during COP25 on 5 December, a requirement that it is “consistent with, and not pose a threat to, human rights” was removed two days later from the final draft decision. Politicians at COP26 must answer whether there is justice in agreeing on rules for an international carbon market that does not offer human rights protections.

Calls in Glasgow to reinstate human rights concerns in the negotiating text of Article is a good start. They confirm that climate change is not an economic problem and so private market-based solutions are not likely to address public duties on justice, fairness and equity. All climate talks and solutions must uphold these values. And climate solutions must not be considered as charity for developing countries, nor should the moral duty to provide technologies for transitioning all economies to renewable energy sources, because climate change is not a regional crisis for wealthy countries to solve. It is global imminent catastrophe that can be avoided with public initiatives not private sector market solutions. Negotiations on Article 6 now in the sixth year, continue to hold up completion of the so-called Paris Rule and pledges in Glasgow to keep global temperatures below 1.5°C will only become a reality when market solutions emphasised in the article properly consider implications on justice, equity and fairness.