Southern Africa is warming at twice the rate of the global average. Worsening drought and rising temperatures are likely to bring about a collapse of two keystone agricultural activities — livestock and maize farming — warns the latest climate science, presented in the long-awaited United Nations’ Intergovernmental Panel on Climate Change (IPCC) new report. 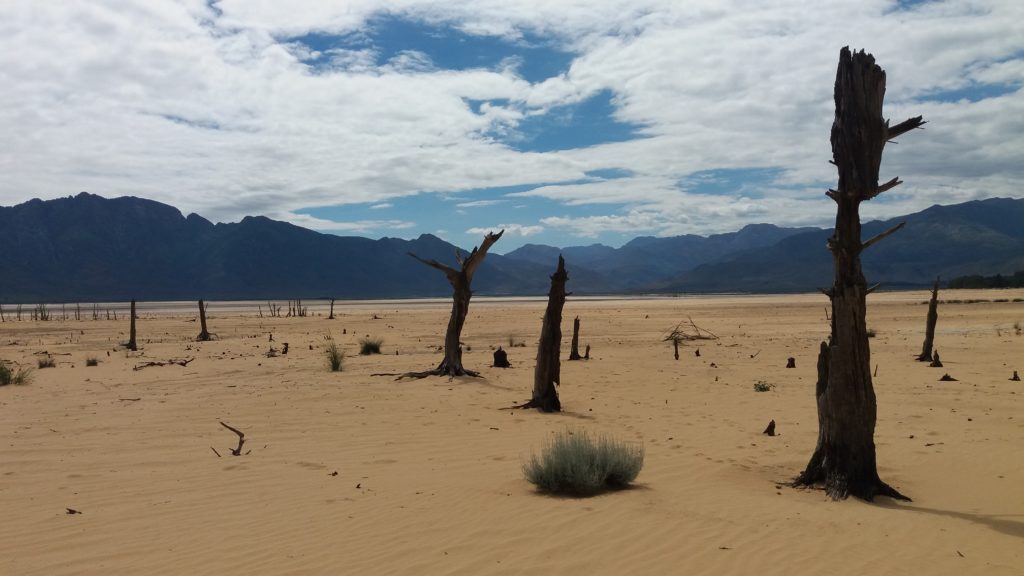 The future of southern Africa couldn’t look more different to the pictures emerging from Germany this July when floods tore apart towns and farmlands after unprecedented European summer rains. The story for southern Africa is told through the bones of cattle that succumbed to starvation or thirst during a multi-year drought that claimed 40 per cent of Botswana’s herd in 2015/16, and reduced the maize crop across the region by the same amount.

One of Africa’s leading climate scientists distills the dense climate science presented in the UN IPCC’s long-awaited report on the state of the world’s climate, showing that these two extremes best demonstrate how the different hemispheres of the globe will experience a disrupted climate. Francois Engelbrecht, a distinguished professor of climatology at Witwatersrand University’s Global Change Institute in South Africa and a contributing scientist to the UN IPCC’s Sixth Assessment Report, explained after the release of the report that much of the continental landmass of the northern hemisphere, which has been relatively cool and wet for the past few thousand years, will warm and likely become wetter. It will be easier for communities here to adapt to these changing conditions.

Meanwhile the southern hemisphere, particularly in the sub-tropics which are already warm and dry, will get much hotter and drier, and will be less able to adapt to conditions that are already marginal. Engelbrecht outlined four key risks which the Global Change Institute has identified for southern and South Africa in the next two decades: the Gauteng province, which is South Africa’s economic engine room, experiencing a ‘Day Zero’ event similar to that faced by the city of Cape Town which nearly ran out of municipal water in 2018 following prolonged drought; the collapse of the maize and cattle industries across the region in response to rising temperatures and repeated multi-year droughts; the health toll of heatwaves; and an intense tropical cyclone reaching an industrial hub such as Richards Bay on the South African east coast, or an agricultural hub such as the Limpopo River Valley.

Southern Africa is warming at twice the rate of the global average, something which the UN’s 2018 report, Global Warming of 1.5C, already foretold before the Sixth Assessment Report repeated the warning this month. This heating trend, coupled with anticipated increases in multi-year droughts, will leave few adaptation options for the region, says Engelbrecht, particularly for those involved in agriculture.

A just transition for a hotter, drier, much less habitable region

Concerns about a just transition towards a lower-carbon economy in southern Africa focuses largely on those involved in the energy and related sectors (mostly coal mining, coal-generated electricity, and related manufacturing industries). How to support those whose jobs will be lost as coal mining slows, as the grid becomes more reliant on solar and wind, and as the manufacturing sector responds to the changing grid configuration or global penalties for carbon-intensive exports? But what will a just future mean for the many more people whose livelihoods will be lost to climate disruptions, such as those in the agriculture sector?

This column has considered two important areas of climate response, which draw on the potential of natural ecosystems and could absorb many of the jobs in the agriculture sector that may be at risk: large-scale public-works style projects that focus on conserving grasslands and savannas in order to draw carbon from the atmosphere, and the opportunity to use ecosystem restoration to create natural buffers against climate shocks, such as droughts, floods, heat waves, wild fires, and storm surges. The latter applies not just to rural areas, but in cities where there is the need and the opportunity to build natural shock absorbers into the landscape (such as grassy parks, rivers and wetlands, or naturally forested stretches) and where extreme weather events will be felt most acutely by larger numbers of people living in close proximity to each other.

The important take-home message from the IPCC’s report, and from Engelbrecht’s presentation on the risks facing southern Africa, is that the region is already locked into a degree of change that is already observable and will continue to escalate in coming years. Dramatic warming and drying has already been recorded here, as a result of decades of global carbon pollution accumulating in the atmosphere and causing ‘heat pollution’. The severity and intensity of these trends will only increase in the coming years, regardless of the most aggressive carbon pollution reduction efforts that need to start immediately.

Given the extent to which these climate impacts are already registering in the region, this highlights the urgency of mobilizing funding to support sub-Saharan Africa with the cost of losses and damages associated with the consequences of pollution that is largely from the global North. When this year’s United Nations climate negotiations kick off in Glasgow on 31 October, ‘loss and damage’ funding will need to be central to the discussions. Loss and damage funding will need to be new money, not merely re-labelling existing development funding, which would amount to the kind of double-accounting that has raised concerns at previous climate negotiations.