Civil society organisations in South Africa are proposing a post-WW2-style economic recovery programme to steer energy transformation for the state utility that echoes Roosevelt’s New Deal in the USA. But the country has been thrown into an even deeper energy crisis, following an explosion at one of the country’s newly-minted power stations. Could this make the ‘Green New Eskom’ idea even more relevant? Leonie Joubert investigates. 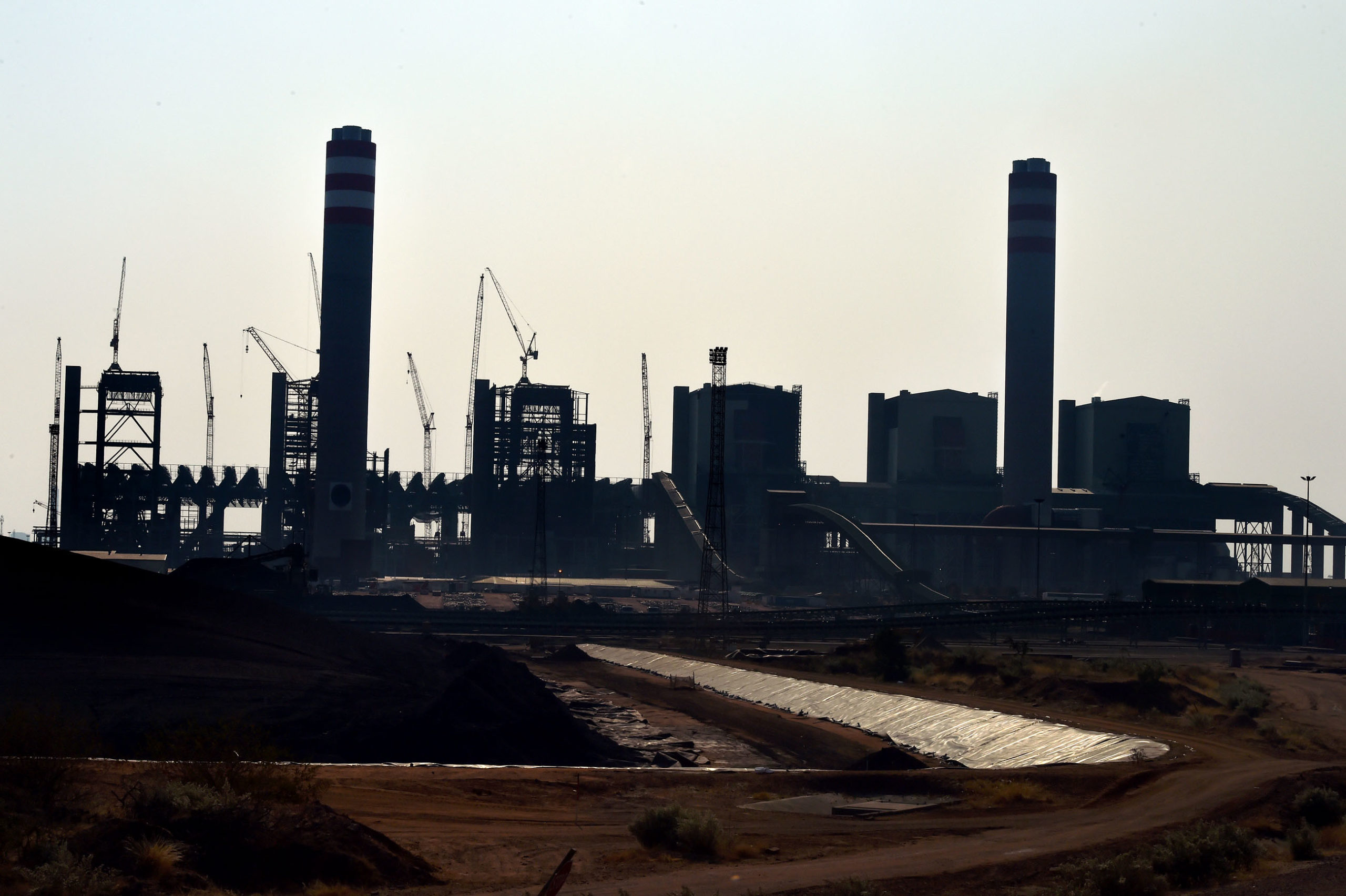 News of the explosion at one of South Africa’s new coal power stations came through at close to midnight on a Monday, on a public holiday in early August. The incident, which happened during a routine maintenance procedure, crippled one generator and will cost the grid around 797 megawatts (MW) of power. Energy experts say it will take years to complete the repairs and replace the lost electricity. This comes at a time when rolling blackouts are already being used to manage the electricity shortfall from an aging, unmaintained, and failing grid.

The explosion comes just one week after the facility — the Medupi power plant, which government has billed as one of its two flagship for the next half-century of electricity production — had finally reached ‘commercial operation’. Medupi is the fourth-largest coal station of its kind in the world, and was set to provide a significant chunk of South Africa’s electricity for the next five decades. But it has been fraught with controversy: extensive corruption in contracting processes, design flaws, and significant time and cost over-runs. It has taken double the estimated time to get the plant to its current operational state (14 years in all), and it is still not completed. The cost has now reached R122 billion, according to local reports, when the initial budget was R80 billion.*

A Green New Deal for Africa’s most polluting electricity grid?

Eskom is South Africa’s national power utility and is the most carbon-polluting utility on the African continent. Civil society organizations have long been calling for the top-heavy, monopolistic energy entity to be transformeEnergyd into a more decentralized grid that is built on a foundation of renewable power facilities scattered about the country. The Climate Justice Now movement — a coalition of community organizations, civil society, and trade unions — is driving the ‘Green New Eskom’ initiative. ‘A transformed Eskom can be at the heart of a renewable energy revolution, where households, companies, communities, municipalities, and Eskom all work together to produce reliable, affordable, clean, and renewable energy,’ the campaigners say.

A willing government would need to lead the charge for a transition as dramatic as this, which would require enabling policies that make it easier for the private sector to respond and invest in building electricity supply hubs that will constitute the new, decentralized grid that is envisioned. This will need green industrial policies that foster renewable energy (RE) development and remove the existing constraints on RE that are currently in place in the government’s energy blueprint (the Integrated Resources Plan, which favours fossil fuel energy); policies and incentives that will allow workers, communities, small-to-medium businesses, and families to own and benefit from clean energy; and removing any subsidies for and policy biases that favour fossil fuels. Central to the concept of a ‘Green New Eskom’, though, should be a grid that is people-owned, rather than controlled by large corporate interests, say the campaigners, since this would simply result in locally-generated electricity profits being taken off-shore.

The kind of renewable-based electricity grid they envision is one that is ‘owned by workers, cooperatives, communities, citizens, municipalities, and the state through entities like Eskom’ and where the profits remain with the people of the country.

The campaign outlines wider social benefits that could come from the re-engineered grid: that the right policies would give greater investment confidence for the private sector, allowing jobs growth in manufacturing, skills training, and investments in other related sectors that are necessary to support a burgeoning RE sector.

The cost of electricity would also remain low, relative to the current trend in price hikes, where dramatic increases are, in part, linked with corruption and inflated prices in coal-purchasing agreements in recent years. Political will is what is necessary to drive these policies, and conditions increasingly favour the kind of pressure that politicians may need to respond appropriately. Eskom’s debt and its inability to meet electricity demand makes some of these changes unavoidable.

International pressure will also add to the momentum. At COP26, all countries that are signatories of the United Nations Paris Agreement will need to show the UN how they intend implementing their greenhouse gas mitigation efforts, as pledged in the Paris Accord. South Africa is gearing up to show its own ‘Nationally Determined Contribution’ at the annual climate negotiations, this time being hold in Scotland. The shape of tomorrow’s Eskom will be central to how the country will reach its own targets, under the watchful eye of the global community. I will report more on South Africa’s NDC in this blog shortly.

*This column has covered many of these problems with Medupi, and its twin power station Kusile, over the years, since they are critical infrastructure projects on the continent, and will be responsible for a considerable percentage of Africa’s future carbon emissions.