Over the summer, the US Senate passed a much smaller than promised infrastructure package. Despite most climate protection and clean energy aspects being stripped out, one of the big winners in the $1 trillion infrastructure plan is hydrogen (H2). In a provision originally introduced as a separate bill by fossil-rich West Virginia Senator Joe Manchin, some $8 billion will go to fund dozens of “clean hydrogen” projects including the creation of four new regional integrated H2 hubs. Hailed by President Joe Biden as a key tool to tackling the growing climate crisis, almost all energy funding in the bill will go to advancing “grey” H2 production from fossil gas as well as “pink” H2 generated by increasingly marginalized nuclear plants – throwing a lifeline to both sectors while ensuring little overall emissions reduction. In the next part of a longer series, lead blogger and podcaster Michael Buchsbaum reviews America’s murky steps into the increasingly over-hyped H2 solution. 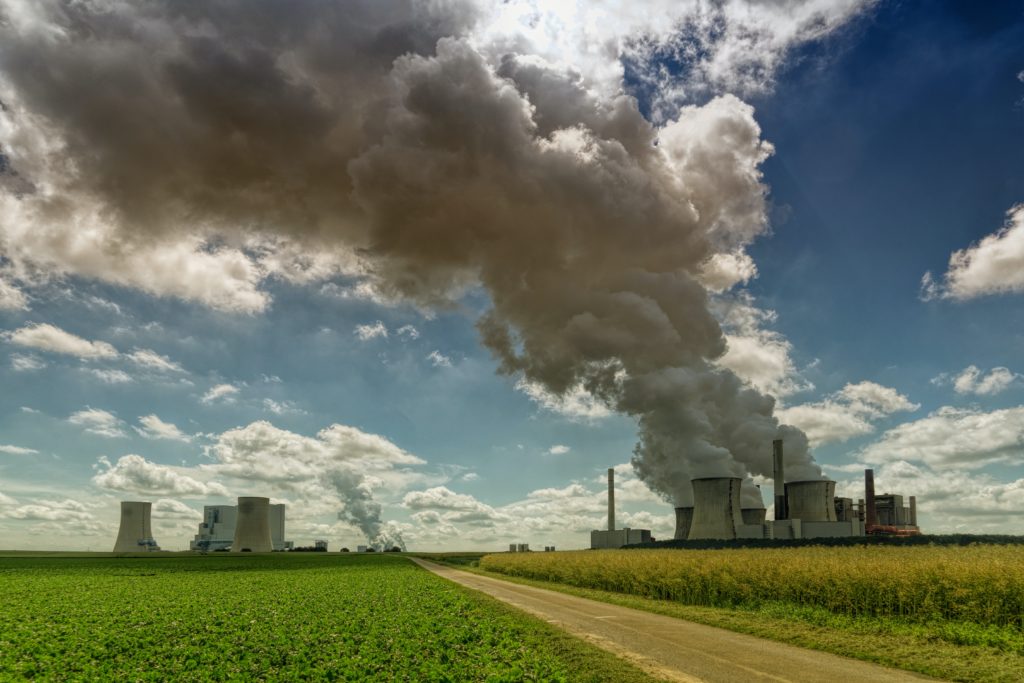 “Clean hydrogen is a game-changer. It will help decarbonize high-polluting heavy-duty and industrial sectors, while delivering good-paying clean energy jobs and realizing a net-zero economy by 2050,” said US Secretary of Energy Jennifer Granholm in a release about the Department of Energy’s (DOE) new Hydrogen Energy Earthshots Initiative.

Her statement came days before the late summer opening session of the DOE’s first ever Hydrogen Shot Summit, a virtual gathering of top leaders from around the world to map out strategies for achieving the department’s goal of driving down the cost of clean hydrogen by 80% within the decade. Keynote speakers at the event included “Special Presidential Envoy for Climate” John Kerry and Breakthrough Energy and Microsoft founder Bill Gates.

Much of the support for both the event and the overall H2 push is coming from the Hydrogen Council, a group that lists oil producers BP, Total, Shell, Equinor and Aramco as well as plastics maker Eneos among its steering members – Microsoft is also one of its lead contributors. The Council claims hydrogen has a “key role to play in the global energy transition” by replacing more polluting fuels, predicting it will account for 18% of total energy demand by 2050.

Across the US, dozens of energy companies have started producing hydrogen or testing its viability in existing fossil gas pipelines, which many climate campaigners say will only entrench this infrastructure even as the world – as clearly stated in a recent Intergovernmental Panel on Climate Change (IPCC) report – needs to rapidly move to net-zero emissions.

But critically missing in new federal infrastructure package are provisions to ensure that future H2 is actually clean. “We look at that bill and see massive giveaways to fossil fuel infrastructure that is incompatible with serious climate action,” said Carroll Muffett, chief executive of the Center for International Environmental Law.

“Congress went out of its way to not specify green hydrogen and so this funding just helps prop up the fossil fuel industry. The potential of these technologies is being routinely overstated even as the impacts are being understated.”

“It’s not a climate action,” said Jim Walsh, a senior energy policy analyst at Food & Water Watch, a Washington-based nonprofit group. “It’s a fossil fuel subsidy with Congress acting like they’re doing something on climate, while propping up the next chapter of the fossil fuel industry.”

Other new hydrogen ventures are being backed by the world’s largest oilfield services company, Schlumberger, as well as other oil and gas service giants like Baker Hughes and Halliburton.

The Pittsburgh-based EQT Corporation, the largest producer of fossil gas in the country, said it was partnering with nearby US Steel, several local universities and government researchers to explore the development of a hydrogen and carbon storage hub in southwestern Pennsylvania.

The company is proposing using its own wells to sequester the vast amounts of new CO2 grey H2 production generates. EQT’s proposal is one of many new “blue” H2 schemes being floated – though new studies cast serious doubt on how clean any of these ideas could be for the planet.

“To call hydrogen a zero-emissions fuel is totally wrong,” said Robert W. Howarth, a biogeochemist and ecosystem scientist at Cornell and lead author of a recent peer-reviewed study about blue H2. “What we found is that it’s not even a low-emissions fuel, either.”

“The deluge of hydrogen hype from fossil fuel companies threatens to delay the clean energy transition by siphoning resources away from solutions like electric appliances and vehicles,” said Sasan Saadat, a senior researcher for US environmental non-profit Earthjustice in a new report blasting the direction DOE funding is taking.

Another concern: As E&E News reported in late July, American nuclear power producers are now positively “salivating” over securing a role in an H2 future. They report that the DOE and the nuclear industry have seized upon the vision of “pink” H2 generated by tapping energy from reactors to separate hydrogen from water (“pink electrolysis”).

Supported by federal and state-backed subsidies, pink H2 could keep nuclear plants online long into the future despite nuclear energy being extremely expensive. “Probably 30 to 50 reactors in the country might jump over to make hydrogen in order to make more money,” said the Energy Department’s Richard Boardman.

DOE is already backing a $10.5 million pink H2 project with Xcel. An undisputed leader in clean energy, the company claims to produce more wind power than any other US utility. But the company also owns two nuclear plants along the Mississippi River near Minneapolis that are getting squeezed out by renewables.

Across the country, Exelon Generation also announced its intent to produce pink H2 at its Nine Mile Point plant in New York State after it received a DOE grant. In collaboration with the Colorado-based National Renewable Energy Laboratory and other facilities, Exelon will investigate how they can better integrate production and hydrogen storage into normal plant use. Their project is slated to become operational in 2022.

Meanwhile, prospects for the promised expansion of federal funding for clean energy are languishing despite Democrats having nominal control of Congress and the White House. What’s clearly growing out of control, however, is the climate, particularly in burned up and flooded out America.