The 26th UN Climate Change Conference of the Parties − COP26 – is happening at the moment, with countries to be asked to cut emissions by 2030 in keeping with the goal of striking net zero by the middle of the century. The European Union (EU) aims to be climate neutral by 2050, as climate change and environmental degradation loom large over its economies and societies, including the Visegrad countries (V4). The summer heat wave in Europe, with its increased risk of wildfires and impact on food prices coincided with flash floods cause chaos in many countries while Poland and Czech Republic suffered devastating tornadoes. These extremes flag risks for the future. Diana Süsser and her colleagues from the V4SDG Lab organised an online workshop on climate action in the Visegrad countries and summarised the debates in this blog post. 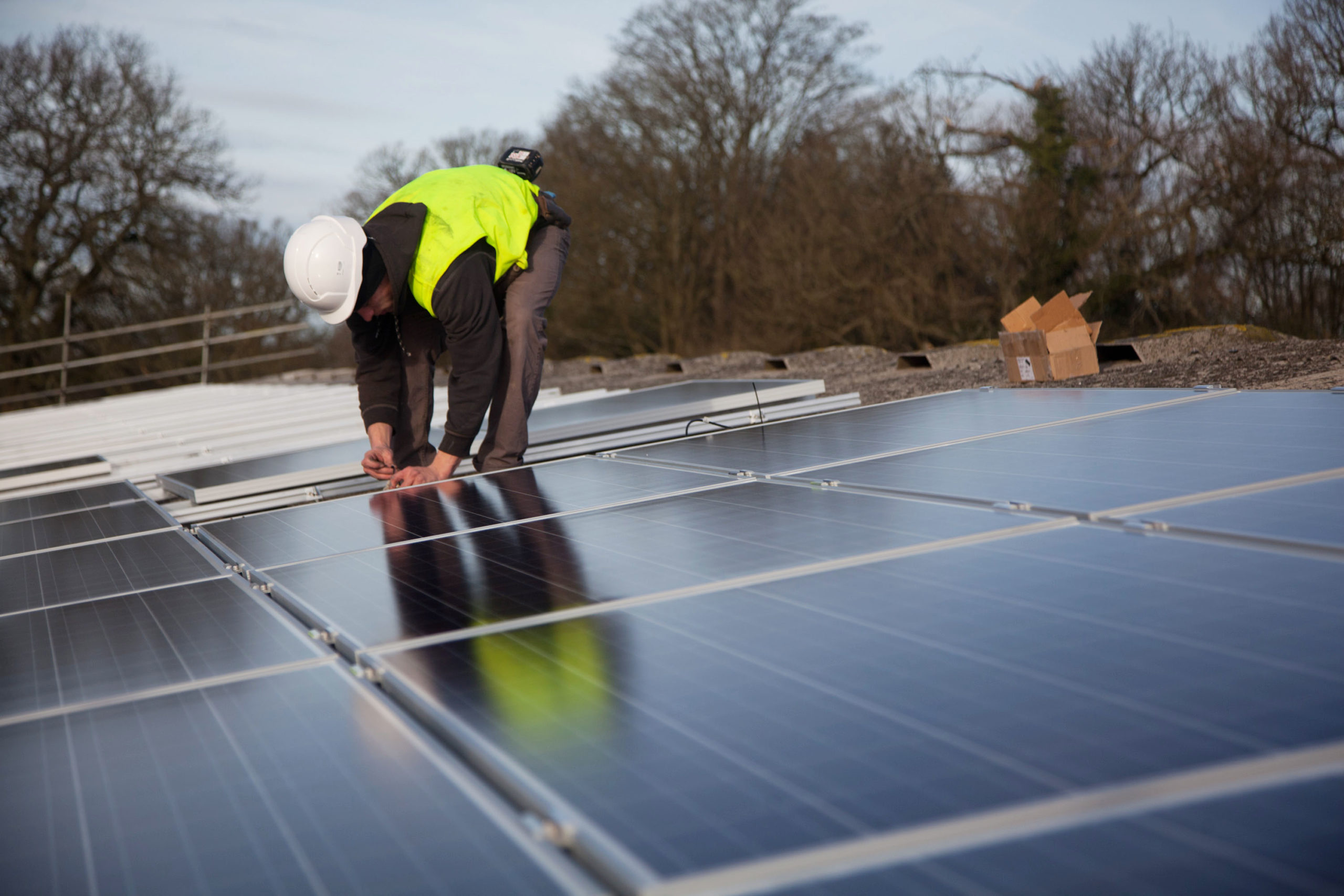 The European Green Deal embodies the EU’s long-term strategy to become climate neutral. This basically means that no carbon emissions will come from energy, transport, buildings and industry by 2050. This ambitious goal will only be achievable if all European countries increase their efforts and take action urgently. The EU is seeking to regain its position as a global climate leader, but they remain insufficient, since they are not compatible with the Paris Climate Agreement. While the Visegrad countries, in general, are among the states that are doing the least to counteract climate catastrophe, some of their cities are going ahead and announcing climate neutrality, like, e.g., Krakow (by 2040), Warsaw (by 2050), Prague (by 2050), and/or declare climate emergency, such as Budapest  and Zlaté Moravce (Slovakia).

The European Green Deal and the Fit for 55 package

We have less than 30 years to go to become climate neutral and the upcoming decade will be decisive to achieve that goal. The European Green Deal is the compass for making the EU the first climate neutral continent. It envisions a transformation of the EU into “a modern, resource-efficient and competitive economy”. This means that we will need to make fundamental changes: to the way we produce and consume electricity, how we move around in our cities, how our buildings are built and what they look like, how we produce food and what we eat, or how our industries operate, to name just a few (see Fig. 1.). The vision is that, in 2050, we will all live in environments that are clean, healthy, pollution- and toxic-free, and preserve our ecosystems. 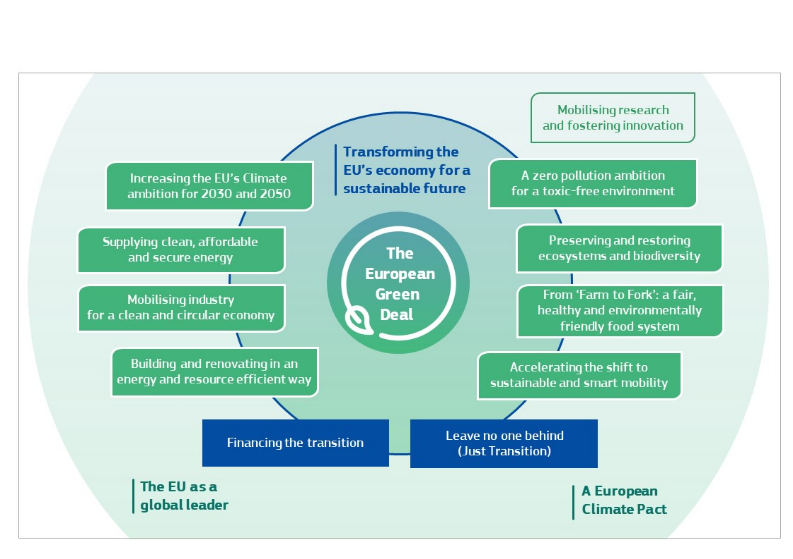 The first milestone in this ‘sprint to carbon-neutrality’ is 2030. For this reason, in the middle of July, the European Commission adopted the ‘Fit for 55’ package. What sounds like a fitness programme for people in their best age is leading the policy for Europe’s future. The package includes concrete proposals of policies and targets to bring the EU on course to reduce 55% of its greenhouse gas emissions by 2030, in comparison to 1990. Among the measures is the increase of the renewable energy target from 36% to 40%, zero emissions from new cars by 2035, and for example renovation of 35 million buildings by 2030. It is crucial that also the V4 countries start to transform their economies and attract investments in green technologies. Here, the Just Transition Fund and the Recovery and Resilience Fund can support the financing of climate efforts. The V4 countries will receive around 15% of the proposed recovery grants – of which half will go to Poland.

An essential aim of the European Green Deal is that no single person nor country gets left behind. The gulf between East-West should not be further widened which could trigger a “two-speed decarbonisation of Europe”. Instead, the Central and Eastern European countries must be encouraged and supported in their decarbonisation efforts. The majority of citizens in the V4 countries support more ambitious climate policies. But how can we really ensure that no one will be left behind? And how can citizens across Europe benefit from the deal?

Leave no one behind

On the 30th of June, we invited three speakers from the Visegrad countries – Bartłomiej Kozek from the Centrum UNEP/GRID-Warsaw, Cyril Klepek, CEO of CYRKL, and Dariusz Szwed from the Zielony Instytut (the Green Institute) – to discuss the challenges and opportunities of the European Green Deal for the V4 and its citizens.

The speakers emphasised that the European Green Deal mobilizes for action and a “building back better” approach after the COVID-19 crisis. This involves different sectors, as showed by a live polling during the event (see Fig. 2). This represents challenges and big opportunities for the V4 regions. For example, the phase-out of coal in the energy sector will challenge regions that are currently economically highly dependent on this resource. On the contrary, renewables hold large socio-economic opportunities by bringing even higher rates of employment than in the fossil industry, as numbers from Germany show. Dariusz Szwed said: “We need more solar sisters than coal brothers”.

Bartłomiej Kozek stressed that inclusive policies are key to ensuring that the green transition does not come at the expense of the society as a whole. The European Green Deal must be pursued in the spirit of a just transition, in which regions that have yet been heavily dependent on fossil fuels, as well as those, for example, that are far removed from existing centres of development, will be able to succeed. Energy and raw material efficiency are among the measures that can bring both economic and environmental benefits, which are often below EU average in the V4 regions. 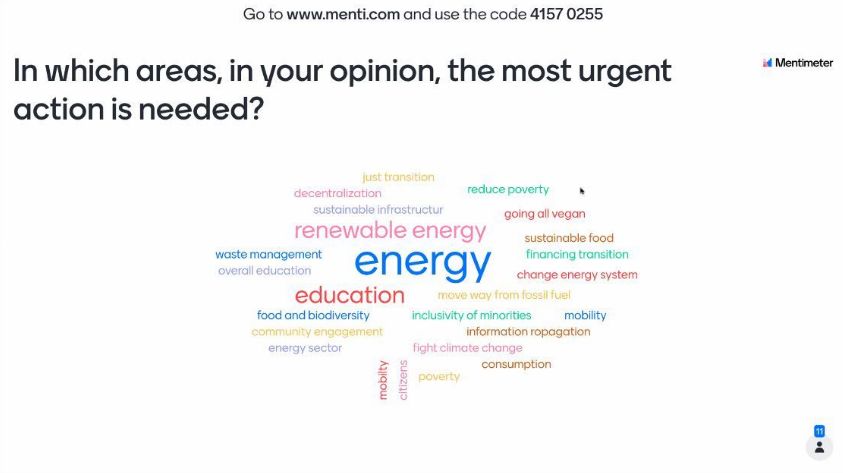 An effective implementation of the Green Deal needs proactive governments, and also business and industry (Fig. 3). It needs a new economic thinking to meet the principles of the European Green Deal: the Deal should be not only treated as a green growth strategy, but also as a degrowth strategy for “bad” technologies and behaviour putting pressure on climate and ecosystems. Therefore, companies must also take responsibility: ‘business as usual’ will not be enough. Instead, companies must set science-based targets to become climate-neutral and resource efficient. Cyril Klepek called for a circular and repair economy by saying: “let’s have smart remanufacturing and reconsumption”. When it comes to renewable energy sources, a recent study confirmed a strong interest by businesses in the V4 countries to meet electricity needs from renewable energy sources. 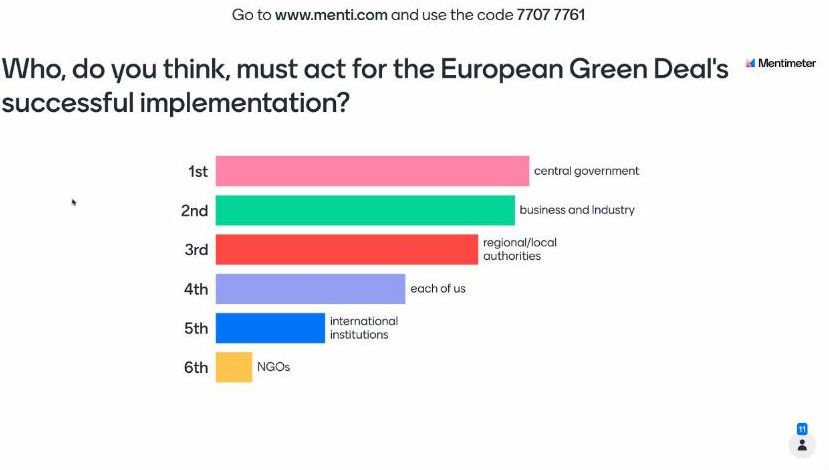 Fig. 3: Who should act for the Deal, Live poll at the online event.

The participants of the online workshop agreed that citizens play an important role in making the European Green Deal a project for everyone. The deal is essentially not only about technology, it is about putting people first. Everyone can take small actions in everyday life: cycling more and leaving the car behind; eating more plant-based food and less meat; changing their electricity provider for a green one; reducing, reusing, recycling goods; growing and buying local food; and more. Dariusz Szwed stressed that it is important to clearly communicate the steps everyone can take. Bartłomiej Kozek added that civic participation will be crucial in the process of ecological transformation. Real dialogue on the future of cities or regions can help to identify the challenges and opportunities of the transition to climate neutrality. It allows diverse voices to be heard, concerns to be addressed and informed decisions to be made.

All speakers were quite positive that a new era will come. It is time to act now ad implement measures in line with the principles of the European Green Deal. After all, the Green Deal is about our common future, and we can all shape this future together.

The Kick-off event ‘No One Left Behind: Citizen Action for the European Green Deal’ took place in the framework of the project with the same title run under the Visegrad for Sustainability V4SDG Lab. The aim of the project is to create awareness among the V4 citizens what the European Green Deal implies for the V4 countries, and encourage citizen action for the climate and sustainable development to make the Green Deal a Deal for everyone. Get involved and take action for our planet today!