Six years on from the cheers, claps and cries to welcome the Paris Agreement, global temperatures and emissions are rising, as dusk settles on the promise the agreement holds for planet Earth. It’s fading hope is today matched with faltering efforts to implement its Article 6. Michael Davies-Venn argues that failures to reach agreements on Article 6 illustrates an unfortunate mistake of conceiving of an imminent global environmental crisis as an economic problem. This misconception, he says, creates an illusion that an international carbon market is a suitable climate change solution. 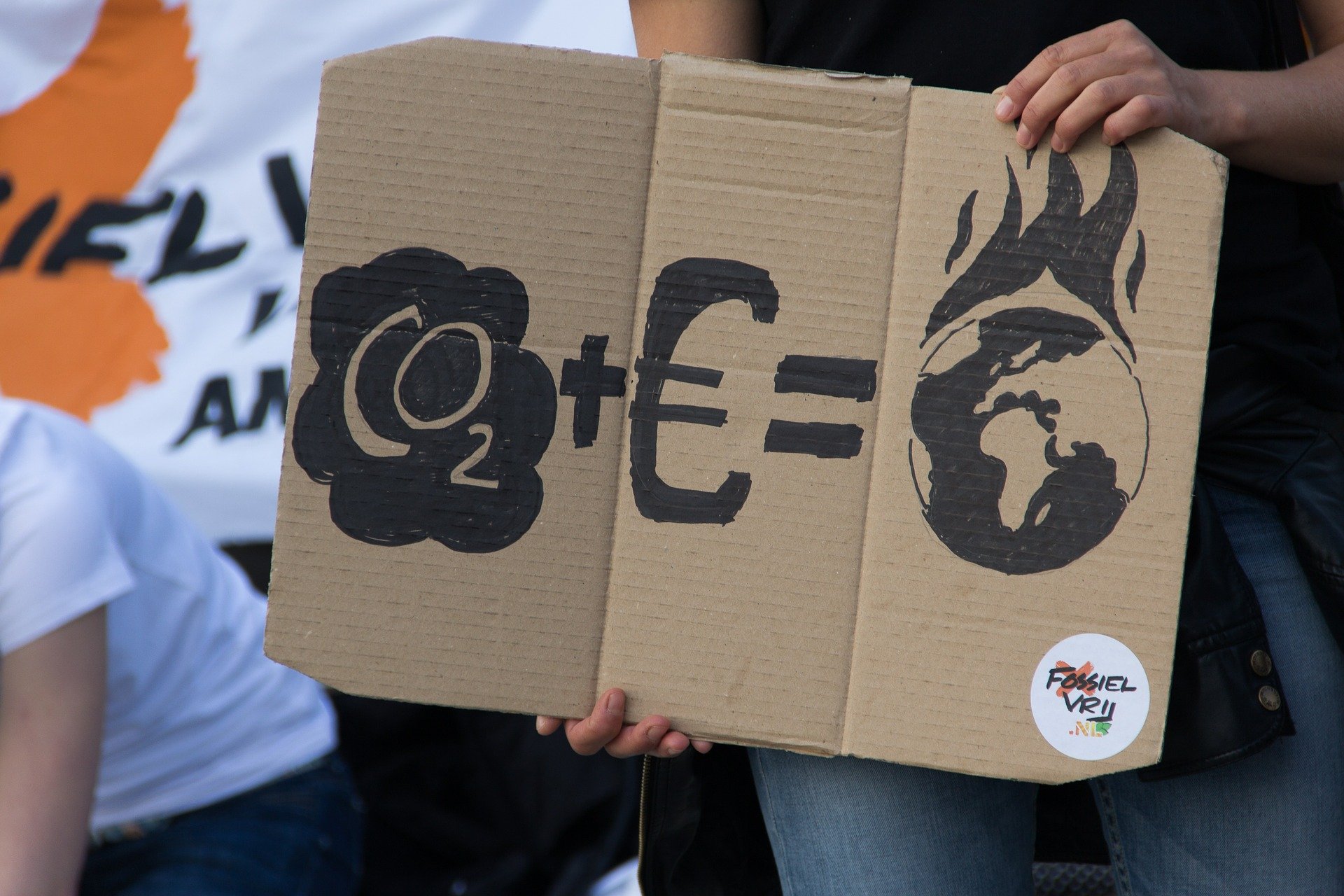 The authors argues that the logic of economics informing an international carbon market that the article 6 of the Paris Agreement allows, is incompatible with timely solutions for climate change. (Photo by Niek Verlaan, CC BY-SA 4.0)

It is remarkable for German Chancellor Angela Merkel to say her language may lack words to describe the “surreal and shocking” devastation from floods in Germany this summer. A reportedly shaken Merkel, nicknamed “Klimakanzlerin” — ‘climate chancellor’ — urged “to speed up the fight against climate change.” Her call for urgency makes an implied comment on as yet slow solutions. As close to an ideal quality of political leadership necessary for global climate change is embodied in Ms. Merkel, who will not be at COP26.  But her call should echo at the Scottish Event Campus during yet another Article 6 negotiation.

Article 6 is necessary yet vague and, ambiguous. It aims to promote “mitigation of greenhouse gas emissions”, towards “sustainable development in global emissions”. States can use “internationally transferred mitigation outcomes”, and assuming emissions are reduced in a “host Party”, engage on “voluntary basis in cooperative approaches” to “transfer” or sell “outcomes”. It also aims to “incentivise and facilitate public and private entities”, towards “integrated, holistic and balanced non-market approaches”. Such generalized language contributes to failures by politicians at COP24 and COP25, to agree on “rules, modalities and procedures” to make it work. There is no certainty that agreements on rules will be reached in Glasgow. We however can be sure that the logic of economics informing an international carbon market that the article allows is incompatible with timely solutions for climate change.

A case exists for a carbon market. The EU started the world’s first in 2005, and until China got one going, the EU-ETS was the biggest. Dispensing with ambiguity, the Commission says, “the EU ETS is its key tool for reducing greenhouse gas emissions cost-effectively”. How is the market doing? Well, in its latest report, the Commission says “overall emissions from stationary installations since the start of phase 3 have decreased by close to 20%”. The principle logic of a carbon market is this: as the carbon price increase, demand decease, because businesses won’t scoff at high prices. So, the hope is they opt for cheaper and cleaner options such as solar. The reality is that the market has a mind of its own, not to mention what economists call “distortions”. The EU ETS is called to perform two functions: reduce emissions and account for its social cost. It responded with keeping the price of emissions low, which meant discounting much for its social cost. The EU finally caught on and responded with a Market Stability Reserve (MSR). This serves like a pollution central bank that remove and adds “allowances”, aiming to manage surplus and maintain prices. A reasonable but unsuitable response to need for speedy decarbonisation.

To create and maintain this illusion that valuing carbon, by making it expensive, will discourage investments in fossil fuels is folly as evidenced by need for the MSR. It shows the ‘market’ itself cannot maintain a sufficiently high carbon price to stimulate energy transition, thus the MSR. Political leadership is crucial for any climate change solution. Courage is a virtue of such leadership, which means devaluing carbon not pricing carbon. Germany’s planned coal exit, albeit too late to be Paris compatible, is an example. Coal energy will reduce to 15 gigawatts next year, further to 8 and 9 gigawatts for hard and lignite, respectively in 2030, and in 2038  at the latest to “0 Gigawatt“. Markets need clear and certain policies. One can’t imagine a more certain “signal” than the “Kohleverstromungsbeendigungsgesetz – KVBG”, the German coal exit law. It is, of course, a reasoned argument that it could be faster. But it resolutely devalues a carbon source that blights modern technologies. It makes unnecessary, reviews and revisions common to the EU-ETS. It is unresponsive to the unforeseeable, such as the Covid-19 pandemic, which “led to a significant short-term dip in the carbon price in March/April 2020″. Of course, what Chancellor Merkel has done in Germany, Ursula von Leyen cannot do for Europe, crucially because energy is a “shared competency” with Member States. That fact also should be considered for the international carbon market imagined in Article 6.

The lower-cost argument for carbon markets must include the societal cost to match current pollution. To put a price on carbon has its price. And that societal price is unaffordable, considering the scope and scale of IPCC impacts. Covid-19 shows that an international carbon market must absorb such impacts, as persistent storms that stall economic growth, which will decrease price to pollute, and derail solutions. Once the clouds clear, the market resumes normal function. One can’t imagine no other fathomable answer than ‘no’ to the question; do we have time to be stuck in such a time-loop? But we certainly have time now to make CO2 emissions globally illegal, and in tandem regulate to equitably stimulate, global energy transition. In a market, product scarcity contributes to value, as the MSR suggests. It is time-consuming to maintain “value” in a relatively homogeneous Union, never mind between 191 countries. A reasonable argument of global relevance that supports urgent market solutions for climate change can’t be found.

However, weaknesses in Article 6 could serve as its strength. By capitalising on its vagueness, negotiations could steer towards speedier solutions. As host of COP 26, Boris Johnson must lead the recontextualization of climate change as foremost an urgent environmental crisis, not an economic dilemma. Such may mute obscene proposals contributing to stalling agreements on Article 6, such as for a country to sell carbon credits and count same towards Paris Agreement emission reductions contributions.  Politicians must take the onus and lead the public sector embed a sense of urgency into the private sector’s offerings on energy transition, if an international carbon market is to be part of a global climate change solution.