In July the European Commission unveiled its Fit for 55 package aimed at pushing EU member states to reduce emissions by at least net 55% (compared to 1990 levels) by 2030. One of the most widely anticipated parts of the package – at least among policy wonks – is the introduction of the world’s first carbon border adjustment mechanism (CBAM). Intended to level the playing field between domestic and foreign producers of cement, steel, aluminum, fertilizers and electricity, CBAM’s real litmus test will be if it actually reduces overall emissions and incentivizes a greening economy both within and without the EU. But given how controversial and relatively weak the CBAM proposal is out of the gate, critics worry its presence will only distract from more effective climate strategies in the Fit for 55 plan. Worse, despite COP 26 in Glasgow, pushing CBAM could spark an international trade war. Lead blogger Michael Buchsbaum reviews the growing debate. Listen to our podcast on CBAM. 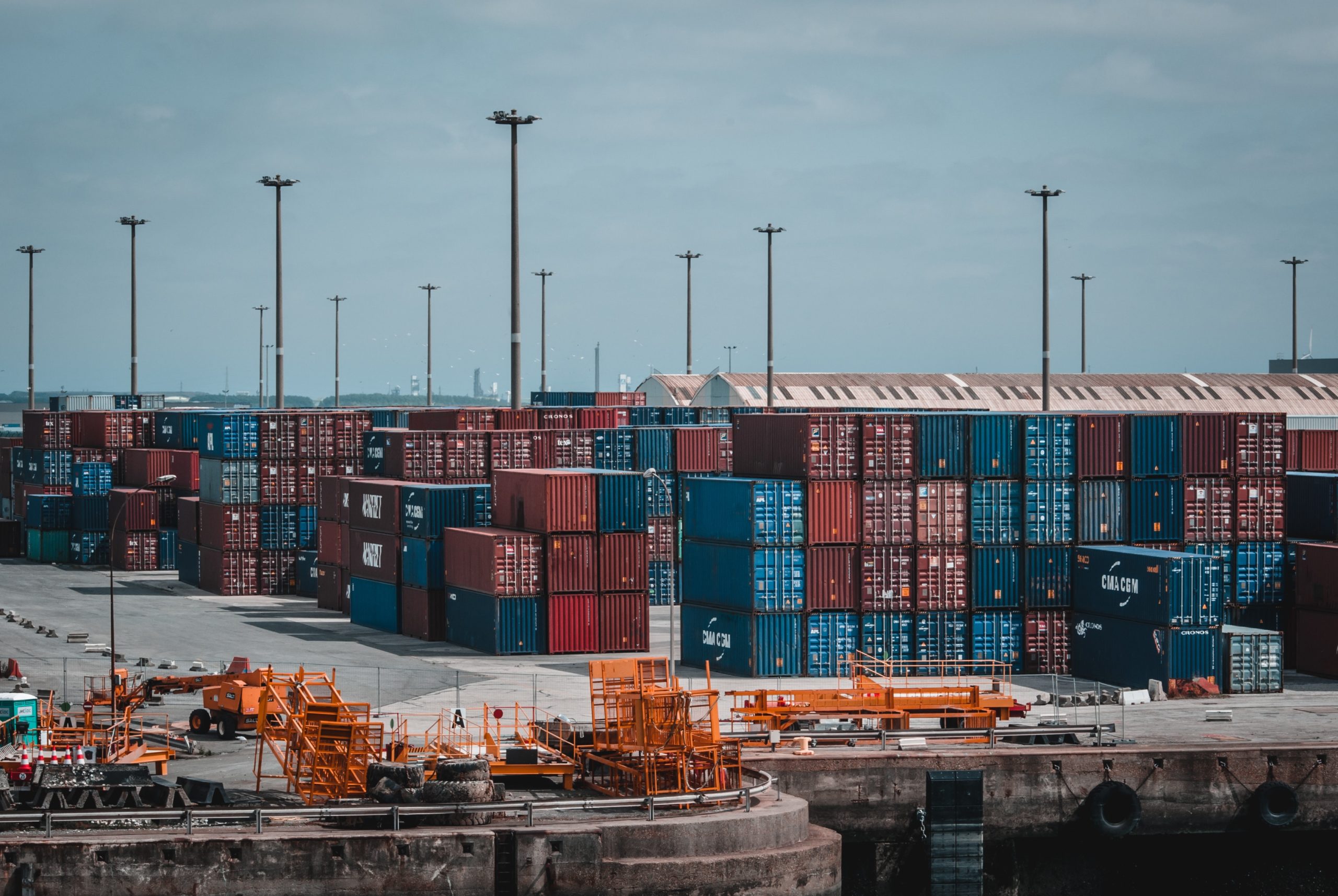 To implement the new greenhouse gas emissions reduction goal enshrined in the EU Climate Law, the European Commission made proposals to inter alia improve the EU Emissions Trading Scheme (EU ETS), put a price on CO2 pollution from heat and transport and raise the renewable energy target to 40%. Designed as a climate action instrument, CBAM is an attempt by the EU to ensure that decarbonization gains made inside its 27-member bloc do not simply push carbon emissions outside its borders.

In reducing so-called carbon leakage – a term for producers skipping to jurisdictions with laxer rules and then shipping goods back into the EU – the aim of the policy is to gradually induce industries both inside and outside the bloc to modernize, become more sustainable, and drive down their carbon content.

Though evidence suggests carbon leakage has been minimal in practice, policymakers hope that a simplified, gradual CBAM applying only to several imported basic materials, as well as imported electricity, will provide businesses and nations with legal certainty and stability. Proponents also hope CBAM will act as a geopolitical tool “inviting” other nations to take measures “jointly increasing climate ambition.”

Designed in compliance with World Trade Organization (WTO) rules and other international obligations, under CBAM importers will buy carbon certificates corresponding to the carbon price that would have been paid had the goods been produced under the EU’s carbon pricing rules. CBAM certificate prices will be pegged to the weekly average auction prices of ETS allowances. But there will neither be a fixed number of CBAM certificates, nor will the trading of certificates be allowed. Indeed designers intend that CBAM’s phase in will coincide with the gradual phasing out of the existing system of free allowances to certain European industries.

The European Commission proposes that CBAM will come into effect in 2023, with a transitional period through 2025, and then full implementation by 2026.  Simultaneously, beginning in 2026, the Commission aims to gradually phase out the allocation of free ETS allowances through 2030 or 2035.

Nevertheless, the Commission estimates that the measure would raise around €9bn in revenue by 2030, based on its assumption that EU ETS prices will reach around €85 per ton.

Despite the measure’s narrow coverage, Climate Thinktank E3G finds that introducing CBAM could allow the EU to phase out the free allocation of 265m emission permits under its carbon market, worth €15.9bn, every year assuming a €60 ETS price.

Under CBAM, the importation of electricity, cement, iron, steel, aluminum and fertilizers will be subject to a levy reflective of their greenhouse gas (GHG) footprint.

Initially, levies will only apply to direct emissions of GHGs emitted during the production of CBAM goods. Indirect GHG emissions (including emissions from electricity generation, heating, cooling and other downstream actions) will likely be included at a later stage, depending upon the results of the Commission’s review process.

Additionally, items such as chemicals, refinery products and hydrogen could also be added to the list of CBAM goods as Carbonbrief in their expansive “Fit for 55” Q&A notes, the proposal’s language already points to it eventually expanding into additional sectors.

Which nations would be most affected?

In principle, imports of goods from all non-EU countries will be covered by the CBAM. That said, certain third countries which participate in the ETS or have an emission trading system linked to the Union’s will be excluded from the mechanism. Currently, imports from Iceland, Norway and other EU customs enclaves are listed as generally exempt. But the UK ETS is no longer linked to the EU ETS, meaning UK exporters would have to pay the CBAM.

In terms of overall material value, Russia stands to loose the most as it exported relevant goods worth more than €8bn in 2019, according to the Centre for European Reform. They would be followed by Turkey which had €5bn worth of similar goods in 2019, followed by China and then the UK, which both had around €3.5bn worth of exposure.

China, along with fellow “Basic” Countries of Brazil, South Africa, and India are strongly protesting the CBAM. But according to a study by the IEEP thinktank, by percentage of GDP, developing countries like Mozambique, could potentially be hit harder than China.

EU Members not united in support or enthusiasm

According to Clean Energy Wire, France and Germany have been supportive of the CBAM proposals, though their positions may evolve as the latter’s new government forms and French elections loom next year. But other member states including Denmark and Sweden are more cautious.

Many fear that the controversies swirling around CBAM at the time of COP26 in Glasgow could be seen as unhelpful when cooperation is vital to the success of the talks.

The measure is already making waves internationally with Clean Energy Wire reporting concerns of its adoption triggering a “trade war.” Politico cites pushback over the CBAM proposal from the US, China, Australia and others. In a joint statement issued in April following a leak of proposed CBAM language, the BASIC group of Brazil, South Africa, India and China “expressed grave concern” over the idea, calling it “discriminatory”. As fossil gas prices rise, it’s worth remembering that a threatened Russia is capable of finding ways to inflict pain right back on dependent EU countries.

“Storm in a Teacup”

Moreover, as E3G’s analysts write in their recent briefing “A Storm in a Teacup”, the measure’s narrow focus and relatively weak bite means its “net effect on importers is likely to be very small” as the new costs will likely be “passed on to the direct consumers of the products covered in the CBAM, so that part of the cost will be recovered by importers in the form of higher selling prices for their products.”

Without question the proposal will evolve as this is only the beginning of the EU’s legislative process. The final CBAM text probably won’t be published until summer 2022.

In an upcoming podcast, we’ll interview one of the authors of the new E3G report and hear from other CBAM experts.