As Kosovo’s new coalition gets down to business, the young state has the chance to wean itself off its long-standing coal dependency. But will the government, which came into power in March this year, seize the opportunity to turn a green agenda into reality for Kosovo? Granit Gashi has the story. 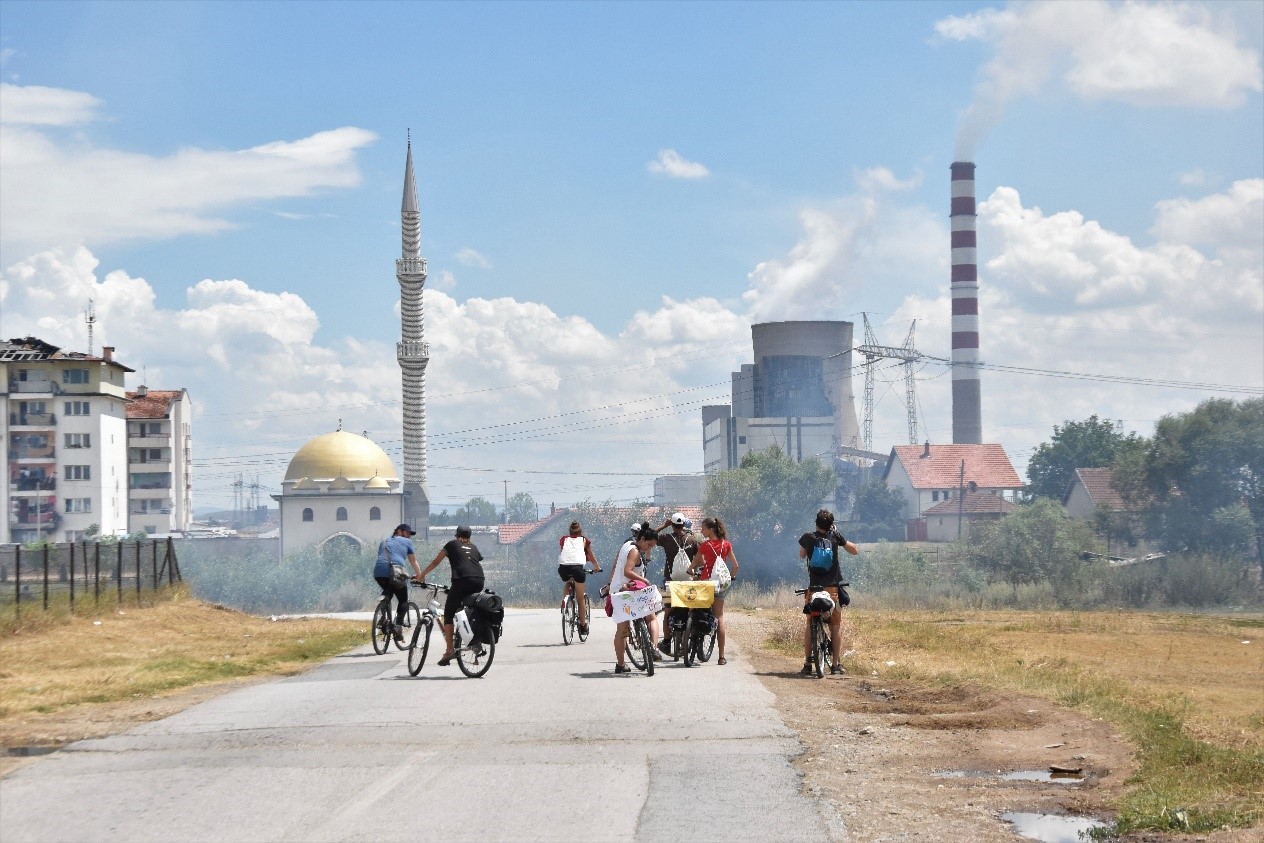 What next for coal?

Kosovo depends almost exclusively on two ageing lignite plants for its electricity. The contract for building a new thermal power plant, the Kosovo e Re project, was cancelled in 2020 after the World Bank pulled out its funding as part of its effort to divest from coal. The newly elected Prime Minister Albin Kurti declared his opposition to Kosova e Re, but has never explicitly declared that he is categorically against coal use and it remains to be seen if he will align the state with the Sofia declaration on the Green Agenda for the Western Balkans.

The government, which is dominated by the Lëvizja Vetëvendosje party, a progressive, social-democratic, Albanian nationalist political party, has outlined a vague governing plan on energy. It has stated its intention to diversify energy sources and render state-owned enterprises profitable. It declared that it will remain committed to decommissioning Kosovo A non-functional assets and continue to implement environmental measures at the Kosovo B power plant. No timeframe has been set. It has also been quiet regarding the social impact related to the loss of some 3,500 ‘coal jobs’ and health related problems caused by burning coal.

However, the government has signalled it is willing to invest in creating favorable conditions for a sustainable and affordable energy supply. One of its priorities is increasing energy efficiency, diversifying energy sources and improving the management of existing energy capacities to secure energy supply. Kosovo’s commitment to the EU’s Green Agenda for the Western Balkans hinges on it developing concrete plans for the decarbonization process. The new government has started drafting a future energy strategy, which will have a huge impact on Kosovo’s economy.

The major obstacles for sustainable decarbonization are artificially low energy prices in the country. They are highly subsidized by the government and cannot cover the necessary capital investments for the energy sector. Because the Energy Community repeatedly declared coal subsidies a violation of state aid rules of its member states, it seems that, apart from renewables, natural gas is the preferred option by the new government. In the short term, natural gas would reduce negative consequences of decarbonization to the economy and energy stability.

However, Kosovo is currently not connected to any natural gas system. A gas interconnector with North Macedonia is seen as the most cost-efficient option for the import of gas and would likely contribute to replacing lignite in power generation. Last week the current minister of economic development Ms. Artane Rizvanolli informed the press that Kosovo is working closely with the U.S. stage agency – MCC, who granted Kosovo received 200 million euros to conduct a feasibility study and to partially finance the required infrastructure on the N. Macedonian gas route. 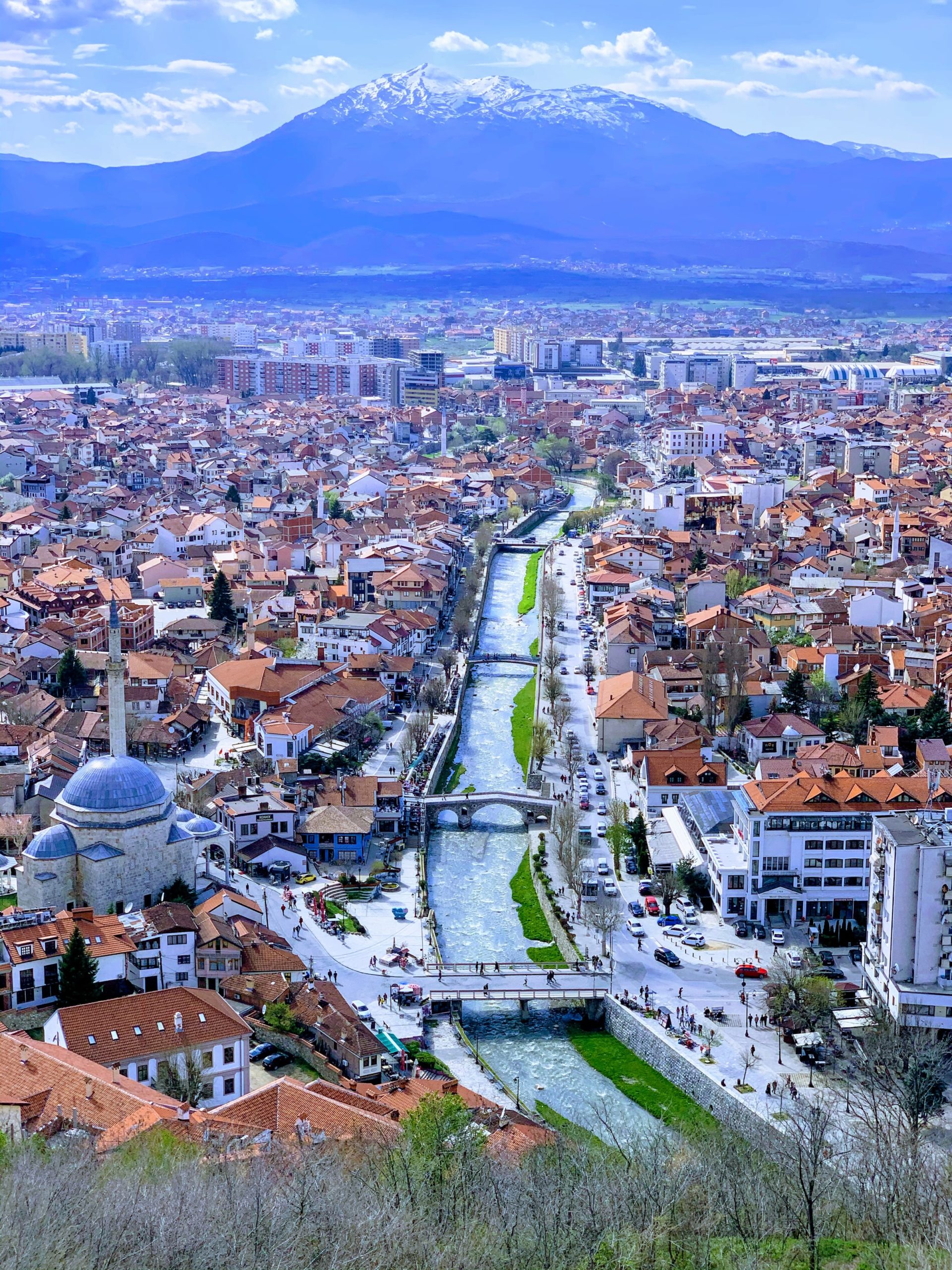 The energy intensity of Kosovo’s economy is almost four times higher than the European Union average. Electricity generated from wind and solar are underrepresented in Kosovo’s energy mix. The share of renewables in gross final energy consumption in 2018 was 24.9%, which puts Kosovo on the trajectory for its 2020 target of 25%.

Awarding feed-in tariffs for renewable energy is done regularly against the Energy Secretariat’s recommendation to conduct competitive bidding which would improve transparency. Support in the form of feed in tariffs defined by the Energy Regulatory Authority is still being awarded administratively, in a manner raising doubts as to the integrity of the procedure. There are expectations that with the new Energy efficiency law, which should include a set of by-laws for implementation, this practice will stop. In order to increase the transparency, the new law foresees establishing an energy efficiency fund as an independent entity as well.

A climate change law was drafted in December last year, together with national greenhouse gas (GHG) inventories, and the 2019 – 2028 climate change national strategy. If fully implemented, they could provide a sound basis for tackling climate change. The government has approved an action plan on climate change as well. Work on the National Energy and Climate Plan is still at relatively early stages, but it is catching up. For the emissions from large combustion plants, Kosovo has adopted a National Emission Reduction Plan. However, it is not implemented in practice (for nitrogen oxide and dust), which prompted the Energy Community to engage in a treaty violation procedure this year.

In recent years, civil society organizations (CSOs) in Kosovo investigated dozens of environmental permits for small hydro power plants issued by the government. Right now, there are five lawsuits filed against the government of Kosovo, mainly oriented toward the breach of public participation as a constitutional right. A coalition of Kosovar CSOs has already made its stance towards the newly elected government. One of the main requests to the government is a moratorium applied on every water related infrastructure project in Kosovo until a national assessment on water resources is finalized. As a result, the Ministry of Environment, Spatial Planning and Infrastructure announced they will review all the documentation for permits, approvals and licenses that have been issued for hydropower plants in Kosovo, and if found necessary, will create a moratorium.

Kosovo is not a signatory party of the United Nations Framework Convention on Climate Change. Therefore, Kosovo does not have legal basis for drafting Nationally Determined Contributions, and did not set any targets for 2030. However, Kosovo developed a GHG inventory covering the periods 2008 – 2017 and the deadline to publish the inventory report for 2018 was the end of 2020. Currently, provisions on climate are only included in the Law on Air Protection from Pollution. The missing provisions are planned to be included in the draft Law for Climate Change, the adoption of which is scheduled for 2021. Furthermore, a lot will depend on setting emission reduction targets and policy scenarios to achieve these targets as part of the National Energy and Climate Plan (NECP). This will be the first real stress-test for the political will of the new government.

A 2019 online survey of how young people assessed Kosovo’s environmental problems, around 48% considered the situation “alarmingly serious”, followed by another 30% who considered the situation “very serious”. On the question of the most important environmental problems, 66% of respondents selected air pollution and 52% waste management. A recent study done from Heal, estimates that the two existing coal power plants create up to 352 EUR million per year in annual health costs, of which 169 EUR million fall on the population within the region. Given the obvious problem of air quality in Kosovo for the past few years, it is understandable that it dominates among concerns of young people.

Surprisingly, climate change was seen as an important environmental issue only by 3.2% of respondents, showing an absence of public discourse about this issue. An initiative to raise the awareness is certainly the “Green Talk” format by the Heinrich Böll Foundation’s partner Balkan Green Foundation, which featured President Osmani in its last edition in June.

Although the government has an almost absolute majority to implement all the necessary reforms, the new government will most likely treat many climate related issues with incremental administrative steps focused on climate change adaptation rather than decisive action. It seems that currently the biggest challenge for the government is how to reconcile necessary environmental reforms with the already fragile economy and society, which is almost fully dependent on coal. If they manage to pull off this difficult task, they will effectively deliver on one of their most important electoral promises.