Months after global prices collapsed, oil and gas behemoth Exxon Mobil is facing unprecedented losses. While publicly struggling to adjust to new realities, behind the scenes Exxon is coopting messaging around climate change to steer lucrative tax subsidies towards expanding dubious carbon capture and sequestration (CCS) projects that will only help them produce more oil and gas. Worse, as Covid-ravaged Americans cued their cars into miles long food lines, Trump ensured relief funds went not to them, but to Exxon instead. In the same way that Big Oil didn’t become ubiquitous gently, they will not go gently into their good nights either. L. Michael Buchsbaum reviews how one of the largest global carbon polluters is using Covid-19 and climate change to enrich itself. 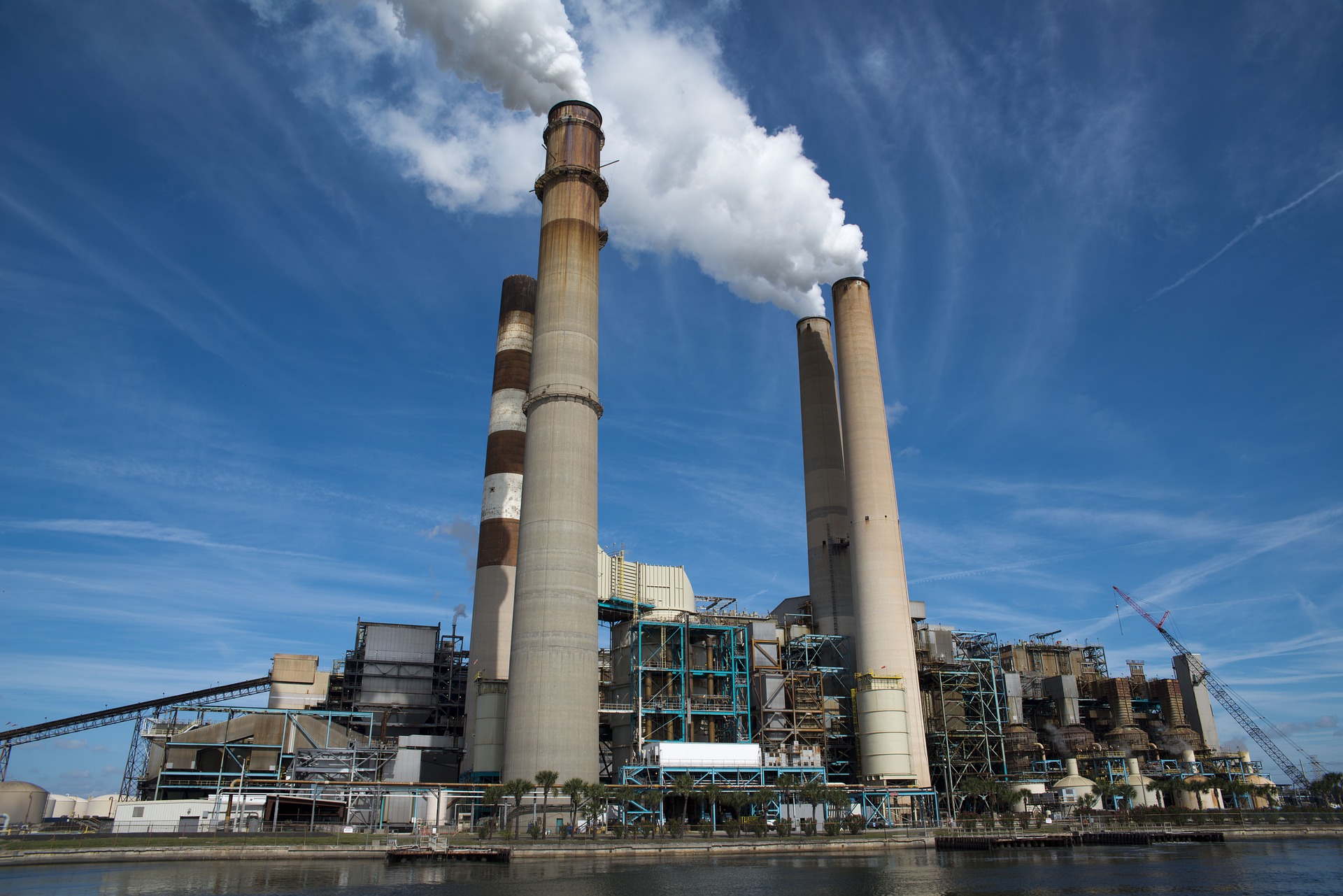 ExxonMobil’s plans for gas plants and CCS could have perverse effects for the climate. Image by Rebecca Humann from Pixabay

The Fall of Exxon Rex

The biggest merger in history, when Exxon and Mobil combined in 1999, the Irving, Texas-based colossus quickly became the most valuable corporation in the world. Both originally entities within John D. Rockefeller’s infamous Standard Oil monopoly, the controversial decision to allow them to recombine remains a painful reminder of President Bill Clinton’s passionate embrace of neoliberal, anti-progressive deregulation.

Exxon’s advantage is its vertical integration: with its own drills, on and off-shore wells –many of them fracked, thickets of pipelines, international refining capacity, a fleet of ocean-going tankers, and so much more, the colossus singularly sits atop the fossil fuels universe like no other oil and gas major.

As late as 2007, near the end of Republican George W. Bush’s time in office, sky-high oil prices enabled Exxon to remain one of the most profitable companies on the planet with a market value above $500 billion. At the beginning of Trump’s Presidency, among his climate Murders’ Row of cabinet heads was ExxonMobil’s former CEO, Rex Tillerson, assuming the powerful role of Secretary of State.

Despite other international oil and gas giants transforming their business models in the face of climate change, the growing “divestiture movement,” and the increasing competition from renewables, Exxon leadership instead doubled down on fossil fuels. Over the last decade they’ve made huge investments in plastics, fracking deeper into US shale oilfields and continue to scour the globe for additional oil deposits, most recently off the shores of Guyana.

All the while, the company also gave generously to its shareholders, dishing out some $202 billion in the form of buybacks and dividends, despite only generating enough money to cover about two-thirds of that payout according to a recent report from IEEFA. As the company balance sheets slid into the red, banks –many of them also originally sibling companies in Rockefeller’s monopoly, financed its mounting debt.

But the collateral damage caused by the Coronavirus ravaged global economies, particularly America’s. Facing mounting losses, throughout the year, Exxon has borrowed at least $23 billion (nearly doubling its outstanding debt); cancelled $150 billion in further expansion schemes, including attempts to dominate US shale and LNG –especially the lucrative European markets; and announced plans to fire up to 10% of their US staff and even more globally, while stripping retirement benefits from many career employees.

As part of his Covid-stimulus, Trump’s government directed an outsize portion of funds to prop up his coal, oil and gas donors. He is also supporting the entire struggling industry by directing the semi-private Federal Reserve Banking system to buy up their debt through a pandemic emergency program. As of June, the American public now owns over $315 million in bonds of fossil fuel firms, according to reporting by Truthout.

Nevertheless, Exxon is still facing an estimated income shortfall of about $50 billion through 2021. Symbolic of their decline, at the end of August Dow Jones removed the stock from its famous Industrial Average. With oil remaining far below Exxon’s $100/barrel breakeven price, the company is depending on their political power to prop itself up.

As analysts and scientists discuss the future of energy, they often point towards the necessity of deploying more carbon capture and sequestration (CCS) technology. In principal CCS reduces emissions by taking CO2 from exhausts and burying it underground, rendering it harmless to the climate. Problematically, however, very few projects have the environment’s well-being as their goal. Worse, if developed at the scale industry suggests, it will only entrench future fossil fuel production and might pose serious threats to biodiversity and geologically fragile layers of the earth.

According to the Global CCS Institute, there are currently 21 large-scale facilities worldwide with a total annual capturing capacity of almost 42 million tons of CO2. Of these, 13, with a combined capability of 25 million tons, operate in the US.

It’s no surprise that the company with the most CCS investments is ExxonMobil.

Boasting one-fifth of the world’s total CCS capacity, Exxon claims responsibility for 40% of all captured CO2. It’s largest facility, and indeed one of the biggest worldwide, is the Shute Creek gas processing plant located deep in the middle of nowhere, outside of LaBarge, Wyoming. On average, it captures approximately 365 million cubic feet per day (Mcfd) of CO2, or approximately 7 million tons annually, which Exxon advertises is the equivalent of removing more than 1.5 million cars off the road.

All of this CO2 is then piped underground and “sequestered” within older oil and gas deposits through a variety of enhanced oil recovery methods (EOR), which essentially re-pressurize them to squeeze even more hydrocarbons to the surface. Schute Creek itself is served by a bevy of Exxon, Occidental, and ChevronTexaco pipelines that transport its CO2 to other EOR operations scattered throughout the region.

Though celebrated by Exxon and much of the financial press as an important milestone in carbon pollution abatement, in reality the gas plant only adds to the global crisis. Not only is the amount of carbon captured by Shute Creek only a fraction of the total it produces, the CCS systems themselves require up to a third more power to operate. Then there’s all that “enhanced” oil the captured CO2  “recovers”, which when burned further fuels climate change. In reality, Shute Creek is one massively greenwashed point source of carbon pollution. And it’s not alone.

Throughout the U.S. (and worldwide), dozens of other new CCS projects are either being planned or currently under development. Despite the green buzz around them, virtually none have saving the climate as their operating objective.

Driving much of the US investment train is the government’s recent bi-partisan decision to double tax credits for carbon “storage” under the Furthering Carbon Capture, Utilization, Technology, Underground Storage and Reduced Emissions Act. This awards Exxon and others up to $35/ton of captured CO2 that is then used for enhanced oil recovery (up from $10 previously). Projects that inject CO2 underground without EOR now pay polluters $50/ton. Able to be upwardly adjusted each year for inflation, credits may be claimed through 2026, back-dated through 2018.

Note, as of this writing, the barrel price of oil is hovering around $42, meaning Trump’s government, which is absolutely opposed to a carbon tax, is content to pay big oil almost as much for their pollution as markets pay for their main product. Perhaps that’s what they mean by green.