A few months ago, South Africa looked set to shackle itself to a cripplingly expensive fleet of Russian nuclear power stations. Overblown coal development was ongoing, and attempts to get private renewable power plants feeding into the grid were stalled due to state-aligned vested interests. By February, all that has changed, writes Leonie Joubert. 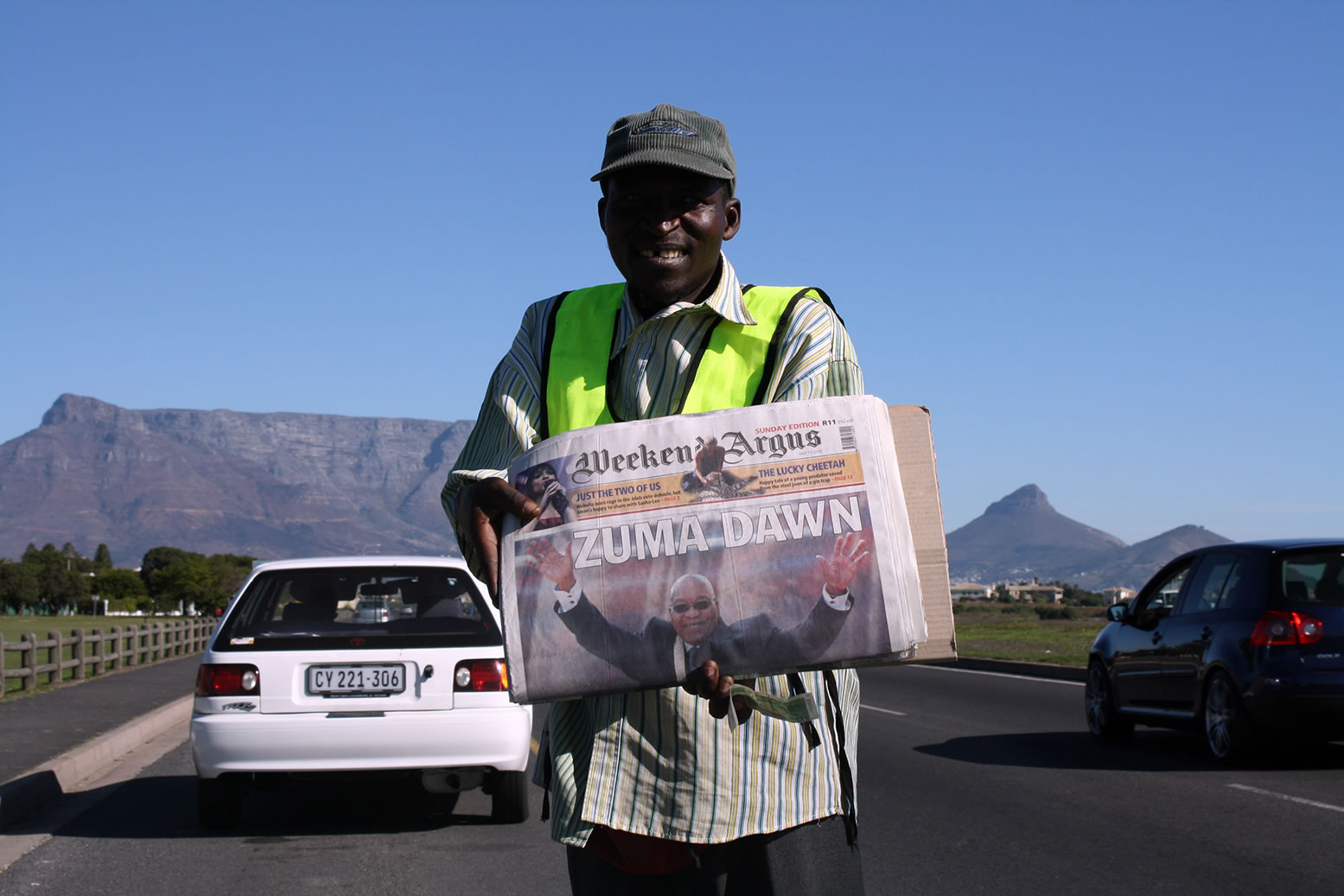 Jacob Zuma’s controversial presidency is over – will it mean a new dawn for South African energy? (Photo by Warrenski, edited, CC BY-SA 2.0)

And just like that, South Africa has a new president. And with it, hopefully, a new energy future. Outgoing president Jacob Zuma locked himself in secretive talks with his deputy and successor, Cyril Ramaphosa, while they negotiated the terms of Zuma’s voluntary exit from South Africa’s ‘oval office.’

Zuma’s controversial presidency finally came to an end, deep into his second five-year term. He had finally painted himself into a corner: either he had to step down of his own accord; or his party would recall him immediately, and replace him with Ramaphosa; or opposition parties would try to impeach him. There was a nation-wide sign of relief when he agreed to quit, and Ramaphosa was sworn in as South Africa’s new president on February 15th.

This follows years of corruption scandals and attempts by Zuma to evade prosecution on multiple criminal charges that are too complex to go into here. But there were 783 charges in all – corruption, money laundering, racketeering and fraud – relating to buying military armaments for the state in the 2000s.

Zuma’s departure is significant on the energy front, because it has been widely established that the only reason the government was pushing through with a controversial deal to have Russia build a fleet of new nuclear powers stations, even though the South African Treasury clearly showed the country can’t afford it, was because Zuma and a small group of close party allies were set to benefit massively from the deal. The report Betrayal of the Promise lays much of it bare.

The Western Cape High Court ruled in April 2017 that the state’s signing of the deal should be overturned, because the government hadn’t followed its own transparency rules regarding procurement processes in mega-infrastructure developments.

It’s only now, with Ramaphosa taking over the country’s reins, that this nuclear deal might finally be off – something which activists predicted would happen once Zuma left office.

Ramaphosa was at the World Economic Forum in Davos, Switzerland, in January, where he pushed the idea of a country set to claw its way back from the damage caused by a deeply corrupt presidency.

‘We have excess power right now,’ Ramaphosa told the international press while in Davos, ‘and we have no money to go for a major nuclear plant building.’

He also said there’d be ‘tough justice’ for colleagues in government found guilty of corruption – alluding to his immediate boss, Zuma.

As it is, a new report by infrastructure and regulations expert and economist, Dr Grove Steyn and colleagues shows that with a sudden slowing in energy demand in the country, a large chunk of the new Medupi and Kusile coal power stations, which are currently under construction, will become redundant in the near future.

Construction began on the first of the two stations in 2007 and once completed, they’ll deliver 4 764 MW and 4 800 MW of electricity respectively. Construction on both is already running far behind schedule, and now the state estimates that it will no longer need all the power they will provide: ‘The level of surplus capacity that Eskom (the national utility) now anticipates for the foreseeable future is at least equal to an entire Medupi or Kusile power station, or more,’ Steyn write in the report Eskom’s Financial Crisis and the Viability of Coal-Fired Power in South Africa.

According to the report, when the state does eventually need this amount of additional capacity in the far future, much cheaper and more flexible energy alternatives will be able to fill the gap, using ‘a combination of alternative means… (including) renewable energy, gas turbines, battery storage’.

On this basis, the authors warn against Eskom continuing to spending ‘vast amounts of capital on a power station construction programme that South Africa does not need and cannot afford’. One of the only ways of getting the near-insolvent state utility back in the black, is to scrap parts of one, or both, of these two massive power stations.

Another breakthrough happened in the past month. The bottleneck in red tape that has been holding back construction on the new renewable power plants around the country, under the widely acclaimed REIPPP programme (Renewable Energy Independent Power Producer Procurement), finally got unblocked. (Read about the corruption underlying these delays here.)

Public enterprises minister Lynne Brown has just given Eskom the go-ahead to buy electricity from the last few private power producers in the REIPPP programme, meaning the firms can sign off the financial deals and start building the plants. The whole process was stalled for over two years, owing to the delay in finalising various stages of the paperwork on the projects, but now the last of the series of 96 mostly solar and wind stations can be built.

In an analysis of the changing role of Eskom, which faces lowering demand for its product and plummeting prices of renewables relative to coal power, Piet van Staden, a senior energy executive at the coal-to-gas industrial giant Sasol, recently wrote that Eskom will have to ‘reinvent itself from ‘the electricity supplier’ to ‘the supplier of the residual load after the IPPs (independent power producers) have dispatched’.’ This means that wind and solar energy will first feed into the grid. Only once there are dips (when the wind stops blowing, or the sun dips below the Western horizon), then Eskom will fire up it coal stations to top up the grid.